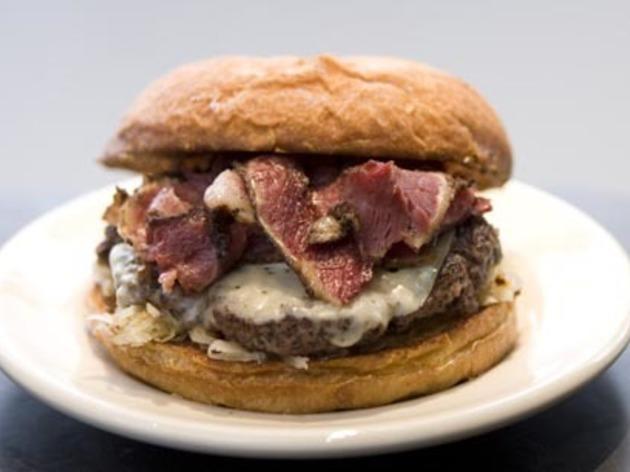 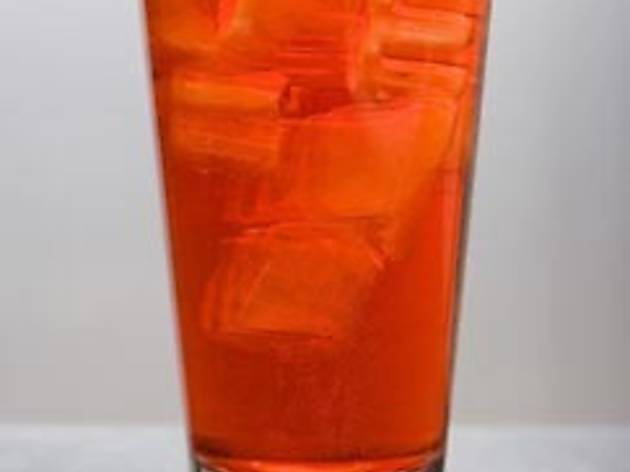 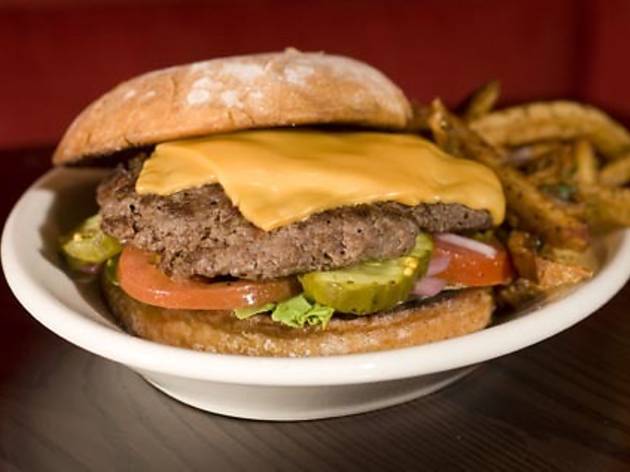 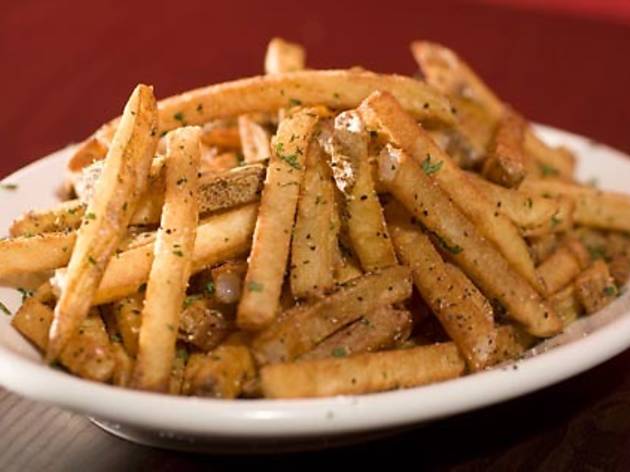 If you’re going to open a burger joint in this country, you’d better have either (a) a burger good enough to develop a cult following or (b) enough of a brand identity to catch up to a 50-year-old redheaded clown. DMK Burger Bar has neither of these. The burger is good but not great (more on that in a bit), leaving the fries and shakes to pick up the slack. And the restaurant’s character is at once nonexistent and insultingly cocky. Nonexistent goes to the dark shoebox of a room, a leave-and-you’ll-forget-it Lakeview lemming with a Jack FM–style playlist turned up to 11. Cocky goes to owners Michael Kornick and David Morton. Kornick has been talking a big game on his “chef-driven burger joint,” recently telling BurgerBusiness.com that he thinks it would be great to “have a half a dozen burger places doing two-and-a-half million dollars each and not have to be constantly evolving.” A chef who’s tired of evolving and ready to sit back and count cash is nothing new, but when steakhouse scion Morton spent five minutes of my first visit talking down to my table because we dared ask if all of the burgers were prepared well-done, it appeared that cockiness was a company policy. His diatribe included snippets such as “You ever been to Shake Shack or In-N-Out? This is the way it’s done there,” and “Shake Shack owner Danny Meyer is a close personal friend, and he’s had this burger and loves it.” So since Morton brought it up, and since Kornick is looking to replicate this place like rabbits, let’s compare DMK to those legendary examples.

California’s In-N-Out has a drive-through, and it charges $1.60 for a single two-ounce patty. NYC-based Shake Shack is a counter-service operation, handing over four-ounce burgers for $4.75. DMK serves its $8 five-ounce burger in a full-service bar setting, complete with an impressive beer list and an overpriced and underexecuted $12 cocktail menu. Advantage? Depends on your evening’s objective.

On to fries. In-N-Out’s are garden-variety, and Shake Shack’s crinkle cuts have earned comparisons to high-school cafeteria fare. DMK’s skin-on spuds are exact replicas of Kornick’s mk fries—fried in beef fat, they’re tasty alone or served with truffle cream. Score one for DMK.

We can’t go head-to-head with DMK’s extras—anchovy-draped Caesar, battered and fried okra and pickles, mac and cheese with caramelized onions and bacon—although they’re all unique, tasty menu additions. But since DMK’s banking on burgers, let’s revisit those. At five ounces, they’re half the size of a Kuma burger, so their thinner stature could be partly to blame for their overall dryness. Morton calls it “medium plus” and insists that’s how the other guys do it, but the trouble with that is the other guys are making patties out of fat-rich corn-fed cows while DMK uses much leaner grass-fed beef. If it were salted and smashed to create those browned lacy edges revered at Shake Shack and In-N-Out, it could work. More important, it could work if DMK took customers’ requests seriously. In-N-Out’s open-ear policy has resulted in a not-so-secret secret menu based on special requests. And even with a line snaking through Madison Square Park, Shake Shack also honors doneness requests. A little flexibility in the star of the show could be the secret to success here—something Morton could learn from his close personal friend.