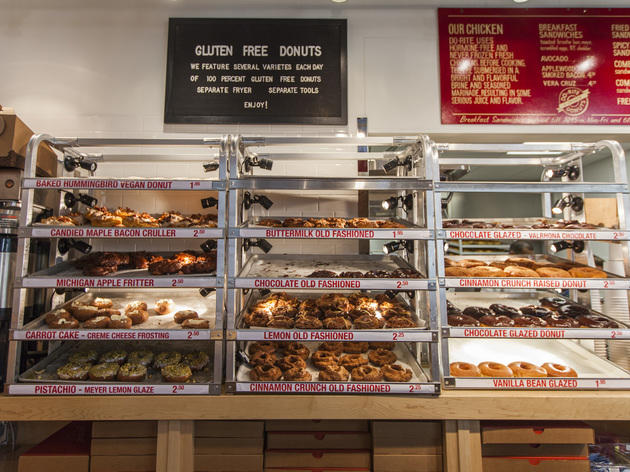 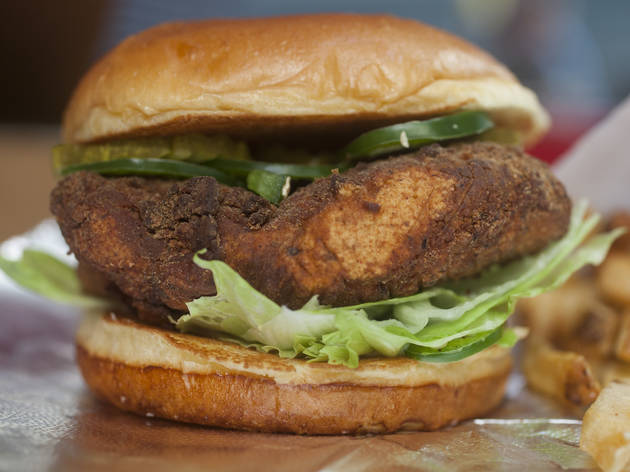 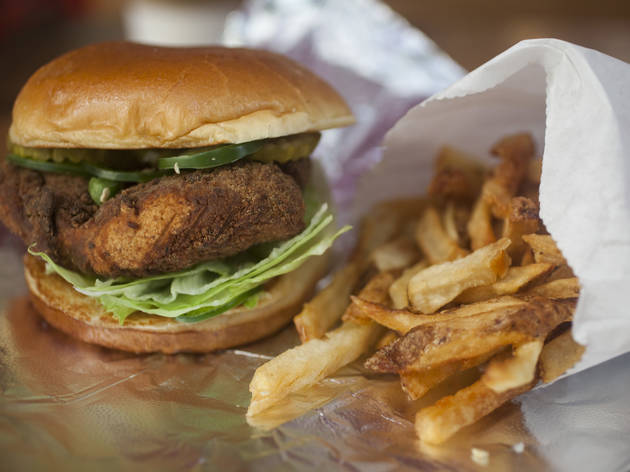 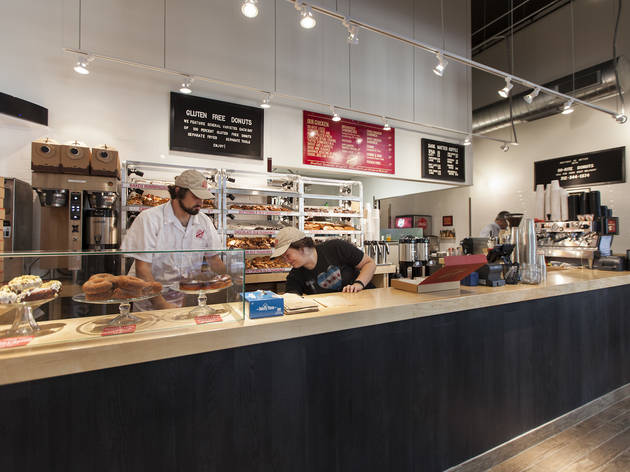 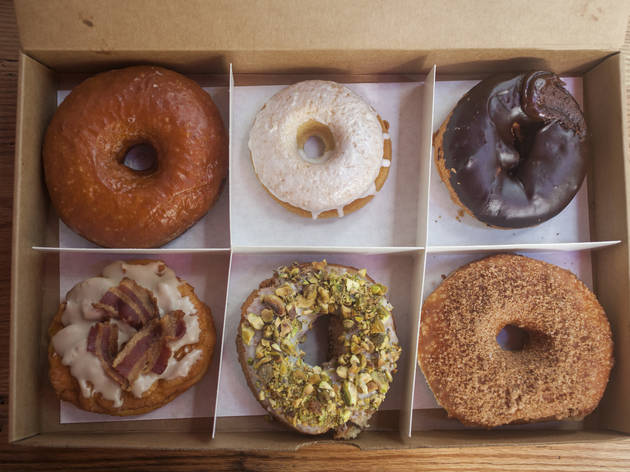 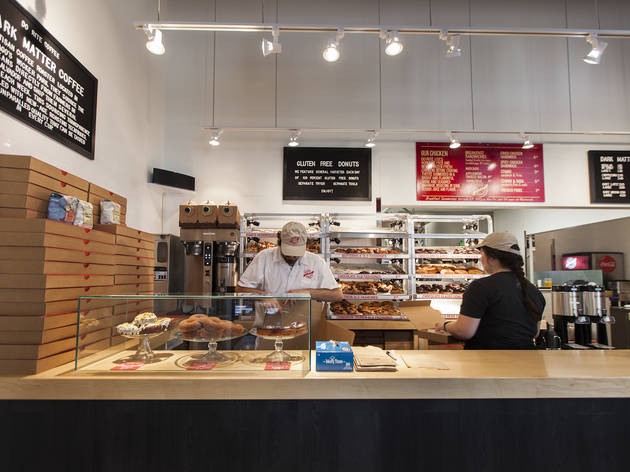 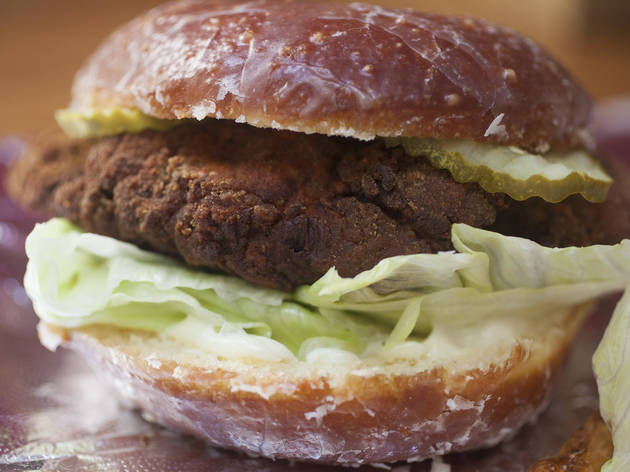 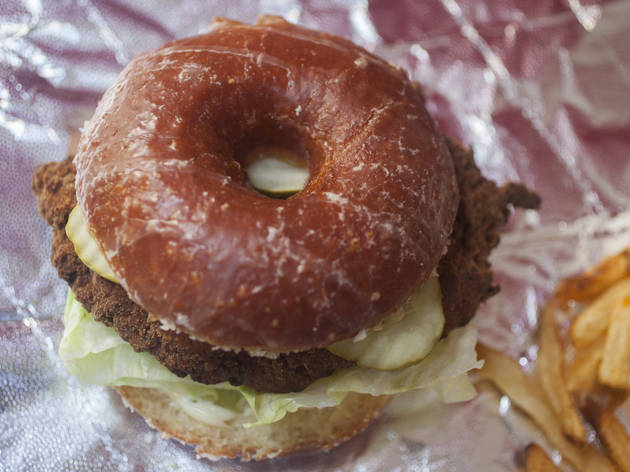 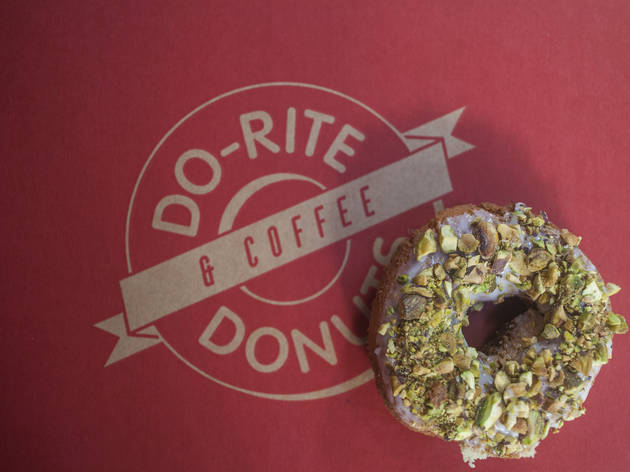 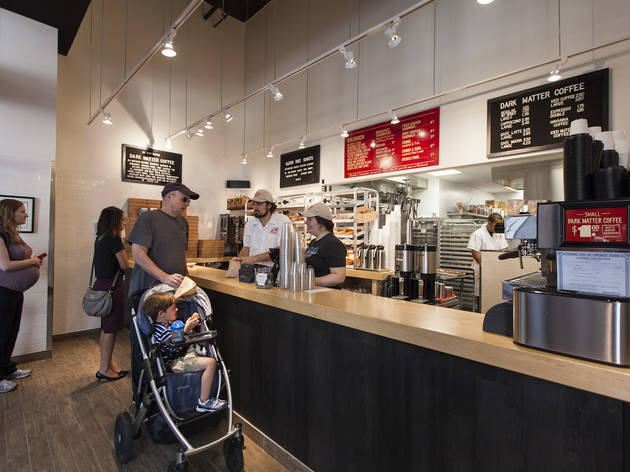 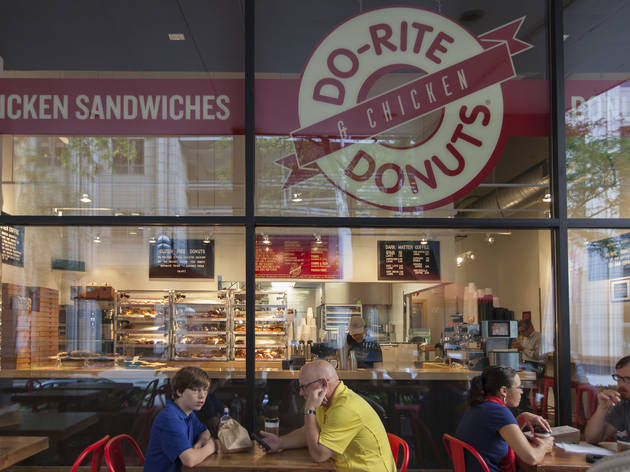 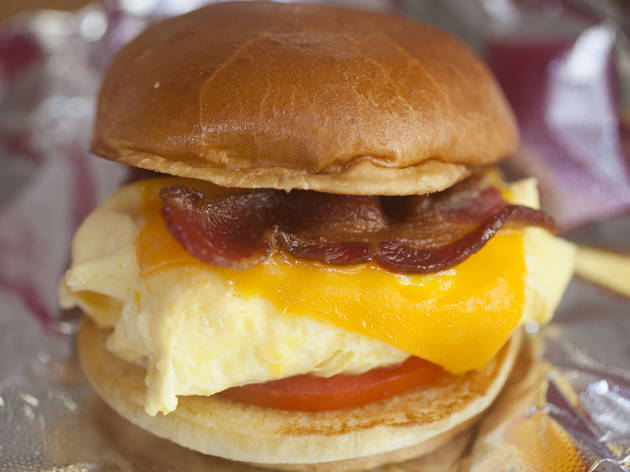 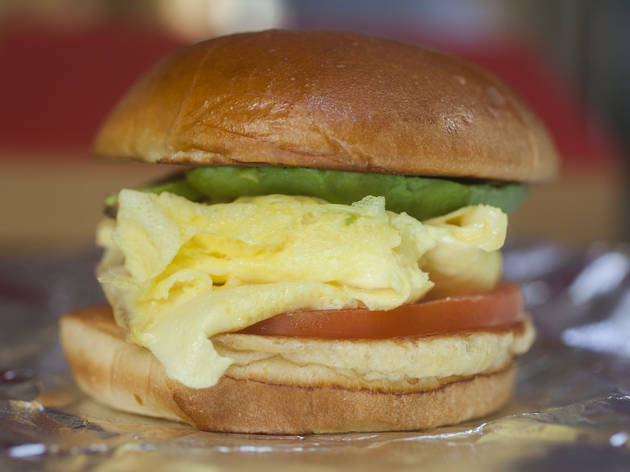 With doughnuts and fried chicken dominating the Chicago food scene for years, it’s surprising it took so long for them to join forces. Do-Rite Donuts made the leap recently with Do-Rite Donuts & Chicken in Streeterville, which serves a straightforward menu of doughnuts, fried chicken sandwiches, fries and coffee. The menu may be straightforward, but that didn't make it any easier for me to give this place a star rating. Because while the doughnuts are as excellent as ever (Do-Rite is my go-to spot for doughnuts, and the Dark Matter coffee is excellent), the chicken sandwich isn’t very good.

The chicken sandwiches are available in regular and spicy (which has a jalapeno aioli), and the organic meat is brined with spices, breaded and fried. By default, it’s served on a brioche bun, but there’s a “secret” option to have it served on a doughnut. When I asked about it, the cashier said the regular chicken was best on a chocolate or cinnamon doughnut, so we got the cinnamon. We also ordered a spicy chicken sandwich on brioche and made it a combo with a side of fries.

The chicken was flavorful, but the spicy chicken breast was dry and somehow lost all the breading on one side. The regular chicken fared better and had a crispy exterior, but the cinnamon doughnut was a terrible suggestion—the sandwich was sticky and grainy and the whole thing was grossly sweet. While the brioche bun could have used another run through the toaster—or been toasted closer to service—it’s a better choice than the doughnut. Both had limp pieces of lettuce, thanks to the aioli, and there were also a couple of pickles, which added some crunch. The fries weren’t any better—they were lukewarm with a cardboard-like texture, as if they’d been sitting around for awhile.

The space is bigger than the original outpost—there’s patio seating and a few seats inside—but it’s still a fairly small joint. Your best bet is to just pretend it’s another location of Do-Rite Donuts, get your doughnuts and go, and leave the chicken out of this. And so, here are three stars, four for the doughnuts and coffee, and one taken away for the chicken.