There are 15 courses in a meal at EL, and the last is the only one not listed on the menu. “These are my chocolate salty balls,” says Phillip Foss with a smile, as a server presents a plate with two malt ball–size confections, each skewered on the end of a miniature sword.

In the year since Foss was fired from the Palmer House Hilton’s [node:149735 link=Lockwood;], the outspoken chef has built [node:14879469 link=Meatyballs;], a triumvirate of food trucks that derives a level of amusement from sophmoric puns on male genitalia (Schweddy Balls, Thai’d Balls, Chef’s Special Balls) akin to that of a teenage boy.

But last month, Foss did something a little more grown-up. He brought on Andrew Brochu, the former chef of Kith & Kin, to open a ten-seat “micro-restaurant” inside the “Ball Cave,” the Meatyballs prep kitchen on the West Side. EL, whose name is short for “Elevated ideas,” would serve a $125 tasting menu to only ten diners a night, three nights a week, with Foss and Brochu overseeing every dish. Interested diners could fill out a submission form at Elideas.com to be entered into a lottery for a reservation.

I submitted the form twice, under the same fake name. No reply. I sent a colleague to the Meatyballs truck. The Meatyballs guy said to call the restaurant. I made a friend call. There had been a cancellation for the upcoming weekend: We were in. Well, almost. Bring three bottles of wine, the woman on the phone recommended. And would we like to book a Town Car for $50 to take us home at the end of the meal? The restaurant has trouble getting cabs to come.

We brought two bottles of wine. We ordered the Town Car.

“This is a restaurant?” the cab driver asked as we turned off Western onto desolate 14th Street. He repeated the question every ten feet until we reached the unmarked doorway. “I will wait here just in case,” he said, kindly, as we hopped out. There was a touch of excitement and mystery to that moment of not knowing what awaited.

And, boy, did things await. There was an attentive server named Bill, who asked “Who are you?” the moment we walked in the door, then remembered our names for the rest of the meal. There were ten chairs, set up at five tables of two the night I visited, each covered in a white tablecloth in a space significantly less ramshackle and more pleasant than I anticipated. There was a kitchen at least four times the size of the dining area, separated by a curved divider, along which either Foss or Brochu stood and introduced each course. And there was a menu, and on it were 14 courses, and the first was hamachi served on a slate board.

It was high-quality fish, supple and clean. But it was set on a film of coconut water “pudding” that was slimy and unappetizing. This, for better and for worse, set the pattern for what followed. The dishes that came out of the kitchen demonstrate exceptional, solid technique: Foss knows how to beautifully cook lobster. Brochu knows how smooth an oyster tastes when it’s gently smoked. The chefs kick the absolute maximum amount of flavor into a rib-eye cap, they make a risotto with the perfect amount of bite, they poach a chicken to a point of perfect tenderness, and they make one hell of a clam chowder.

Yet the complete dishes that these ingredients are a part of don’t do justice to these accomplishments. The lobster was served with a lobster-turnip puree that recalls the sludgy parts of eating a whole lobster: Cerebrally, that’s cool; gustatorily, that’s gross. Instead of letting the subtlety of the smoked oyster speak for itself, Foss and Brochu have the bivalve compete with the heady flavors of fish roe and horseradish. That gorgeous rib eye? The last thing it needs is dollops of pungent blue cheese. A cornichon-flavored gelatin overcomplicated a lovely pairing of the poached chicken and a single chicken liver–filled agnolotti. The lush chowder, generously topped with corn, was capped with a blood clam, a reddish-brown variety of the species whose fishy clamminess eviscerates all other flavors.

In these dishes, domineering flavors interfere with otherwise pleasant plates. Which is more than you can say for the desserts, lusterless plates of cherries and peaches, or for the restaurant’s take on a salad, an orb of chopped haricots verts set in cumin gelatin, placed on a mound of minced olives. Anything you might enjoy about haricots verts is taken away from you in this dish, and indiscriminate levels of olive and cumin are the culprits. Still, it’s a creative dish: The salad is brash and spirited, just like most of the menu, and just like Foss himself. So the problem is not that EL isn’t a one-of-a-kind, unusual experience I’ll remember vividly for some time to come. The problem is, there’s a lot of it I’d rather forget. 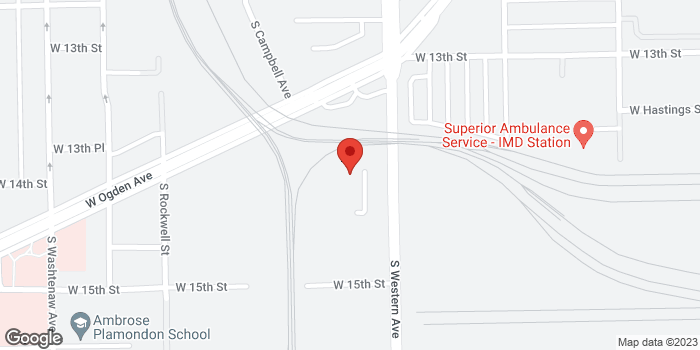