Chicago has experienced an Italian dining renaissance as of late, with recently-opened spots like Alla Vita, Adalina and Segantore pairing pasta with trendy decor. Located on a strip of Grand Avenue that’s known for its Italian delis and pizzerias, Elina’s doesn’t approach Italian cuisine with as much panache as its peers. In fact, it has more in common with beloved (and sadly defunct) local restaurants like Sabatino’s, Francesca’s and Davanti Enoteca. Elina's doesn't reinvent the wheel, serving time-tested Italian-American dishes that embrace familiarity rather than innovation.

Located in a narrow storefront next door to Vinnies Sub Shop, Elina's feels like it’s been a part of the neighborhood for years, thanks to its old-school bentwood chairs and a few pieces of vintage art hanging on the walls. There are only 28 seats in the place, which explains why reservations fill up so quickly—I had to book mine more than a month in advance to avoid eating dinner at 9pm.

Shortly after sitting down at our table, a server delivered my dining companion and I a complimentary spread of garlic bread, focaccia and salami, because every Italian meal should begin with some carbs. We started with the chopped salad, drenched in a tangy vinegar dressing and crowned with salty pickled peppers and crispy bits of salami. After spying it on a nearby table, we added an order of the mozzarella en carozza, a gooey grilled cheese sandwich that's fried so that its exterior takes on the crispy texture of a mozzarella stick. It's as delicious as it sounds, especially when dunked in the accompanying marinara.

I can only describe the remainder of my meal as “exactly what I expected”—no slight intended. Chefs Ian Rusnak and Eric Safin understand that dishes like rigatoni a la vodka and shrimp scampi don’t need to be embellished with extraneous ingredients, serving quintessential renditions that are easy to share. The chicken parmesan arrived at our table golden and crispy, with basil leaves curling atop the layer of melted cheese. The angel hair scampi was buttery yet light, with a generous portion of crab interspersed amid the tender noodles. Silvio’s meatballs were a succulent blend of beef, pork and veal, cooked medium rare and coated in just enough (but not too much!) red sauce.

If you come to Elina’s expecting anything more than classic, well-executed Italian dishes, you may go home a little disappointed. But if you’re a fan of old-school Italian cooking, you’ll immediately pick up what this Grand Avenue spot is putting down. Sure, the seating at Elina’s is a bit more cramped than a spot like Club Lucky or Bruna’s Ristorante, but there may come a day when those local institutions decide to close their doors for good. With any luck, Elina’s (and more neighborhood restaurants of its ilk) will be around to fill the void, providing a reliable place to get a solid plate of pasta or a celebratory ribeye steak.

The vibe: A narrow, dimly-lit space decked out with pristine white tablecloths and vintage art on the walls. There are only 28 seats in Elina's and you'll probably end up close enough to another party to overhear the majority of their dinner conversation.

The food: Classic red sauce Italian-American dishes done right, including a vinegar-drenched chopped salad, rigatoni in vodka sauce and a golden chicken parmesan. Make sure to order the mozzarella en carozza—a crispy mashup of a mozzarella stick and a grilled cheese sandwich.

The drink: Currently, Elina's is BYOB (the corkage fee is $10 per person), so you can choose your favorite bottle or six-pack to pair with a hearty Italian meal. Once the spot secures a liquor license, expect a menu of cocktails and wine. 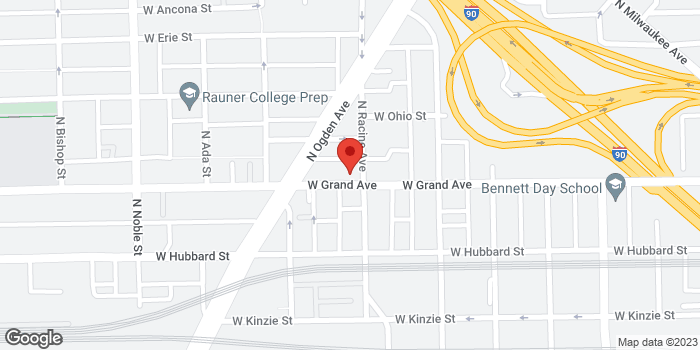