Prior to last week, I had never eaten bear. Or snail roe, which I didn’t even know was something people ate. Or foie gras molded into tiny owls. Welcome to dinner at Elizabeth, Iliana Regan’s two-year-old Lincoln Square restaurant, which is equal parts fascinating and adorable.

It’s easy to be charmed by soup served in owl mugs and decor like tree branches or a white deer head that greets you at the door. But at $354.78 for dinner for two (with service and tax, but before drinks), merely to be charmed by dinner is not enough. My dinner (always) needs to be delicious and, if I’m paying that much, it needs to be something I can’t get elsewhere. Dinner at Elizabeth is both.

Elizabeth opened in September 2012 with communal tables and three tasting menus, which ranged in price and size. In other words, your enjoyment of dinner depended heavily on your tablemates, which you had zero control over, unless you bought the whole table. Now, two years later, the communal tables have been replaced with two or four-seat tables, there’s a single tasting menu each night, and there are beer pairings in addition to wine and nonalcoholic pairings, plus a cocktail list. And while you can order tickets online, a la Next and Alinea, as I did, you can also just call up the restaurant and reserve a table. In other words, it’s become a more diner-friendly experience.

According to Elizabeth’s website, the restaurant offers “new gatherer” cuisine, which is a way of saying that Regan forages for many of the ingredients she uses and grows many others. It’s the closest thing we have in Chicago to New Nordic cuisine, the seasonal, hyperlocal food you’ll find at places like Noma, Rene Redzepi’s Copenhagen restaurant. With four distinct menus a year, a dinner at Elizabeth is a lesson in Midwestern growing seasons, and fall means ingredients like squash, mushrooms, fermented concord grapes, and Queen Anne’s lace are combined in ways I’ve never seen. Utensils aren’t provided for many courses—the bear rice crispy treat is served perched atop a rock, and you pick it up with your hands—and despite the gorgeous presentations, an element of this food remains rustic.

I never made it to Elizabeth until last week, so I can’t tell you how the restaurant’s food has evolved since it opened. But I can tell you about the 17-course fall 2014 menu, which launched the day before I dined. I can tell you how an amuse bouche consists of a puff of potato coated with savory chocolate and tiny green snail roe, which impart an herbal note, unlike the salty fish roe we’re more familiar with. It’s a bizarre combination of flavors, but it’s a cohesive, earthy bite. I can say how the housemade rye bread (one of several breads served during dinner), packed with seeds of all kinds—flax, pumpkin, sunflower—is a perfect vessel for smoky, dry-aged lamb and shaved bright yellow bits of cured egg yolk. I can say how I was delighted by the plate of carrots, parsnips, mushrooms and other vegetables prepared like jerky—they had a faint smokiness and sweetness and were more enjoyable than other meat jerky I've had. And how the thinly sliced dried scallop chips, drizzled with a dried cucumber pesto, were like funky potato chips. And I can tell you how a hunk of fried mushroom with acorn breading, one of the simplest-looking dishes of the night, made my friend and I swoon. Meaty and nutty, it’s precisely the kind of thing that’s made for chilly fall evenings.

We ordered wine pairings, which included a mix of French and California wines, along with cider and sake. Since we dined at the restaurant the second night of the new menu, Regan threw in a few beer pairings to test out. While I especially liked the minerality in the Fort Ross California Chardonnay, the beer pairings, with Off Color’s Apex Predator, Kwak Belgian Strong Ale, French pear cider and sake, are what I’d recommend—the heartiness of this menu works extremely well with beer pairings.

Some dishes on this menu have appeared at Elizabeth before, like a breadstick you pluck out of the centerpiece and use to eat a bowl of pureed potatoes; a teacup filled with a soup of mushroom broth, cacao nibs and chamomile; and a porcini mushroom caramel to end the night. Shrimp noodles have appeared before, and here they’re spiced with Old Bay and paprika and swim in a venison bone marrow broth in an owl mug. This dish was divisive at my table—my companion wished the noodles also incorporated some gluten—but I liked the slippery texture and how the spice helped cut through the rich broth.

I didn’t like everything, though—the roasted chicken was barely warm. The desserts, like a little fall pie with butternut squash, seeds and ice cream, were pleasant but didn’t quite match up to the level of the savory plates. And the final plate of doughnuts was too dry.

Despite quibbles, dining at Elizabeth is one of the more fascinating experiences in Chicago food right now. Not every dish was a knockout, but as I’ve thought about this dinner over the past few days, one thing stuck with me: With her “new gatherer” cuisine, Regan reminds us why we’re lucky to live in the Midwest. 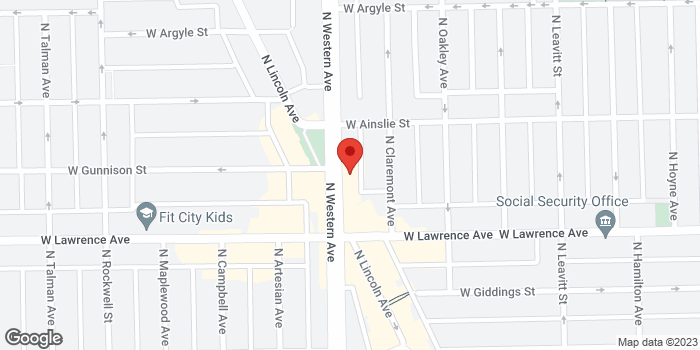