One of half a dozen dishes you should not miss at Etta is a curious little appetizer called bubbling shrimp. Swiping your blistered pita triangle through a shallow cauldron of nubbly red sauce and pinching a fat, tender shrimp, you may wonder aloud, “Is there cheese in that sauce?” No, that’s just the beautiful alchemy of fire-roasted butter, melted into a shimmering slick atop a ruddy melange of smoked tomato, ground shrimp, mint, spicy ginger and smoky chiltepin chiles.

It’s at once inspired and undeniably likeable—a trait carried across much of executive chef Danny Grant’s Mediterranean-inspired menu at this relentlessly thronged bi-level eatery. Where Etta falls short, however, is an area for which Grant’s Maple & Ash has become quite famous: hospitality. From the dazed way in which Etta’s host staff shuffled us between floors to the flippant negligence of our server, my two dates and I felt less than welcomed here despite being so dazzlingly well fed.

I arrived early on a Friday without a reservation, owing to my last-minute planning and Etta’s tendency to book solid two weeks in advance since it opened in July. I asked a beleaguered hostess to put my name down for a table for three, who suggested that I consider grabbing a seat on the rooftop patio or at one of the two bars (both of which exclusively serve walk-ins). “Do you know the wait time for three? I’d like to add my name,” I repeated, gazing out at the cheerful dining room with whitewashed brick walls and reclaimed-wood tables.

“Not until I seat this next round of reservations,” she replied without looking up. I retreated upstairs, where I met a second host by the large, curved bar, who also urged me to sit on the patio when I asked about a table. “The temperature shouldn’t drop much more,” she assured me.

Confused and hungry, we relented, though I did manage to add my name to the waitlist. (During our three-hour meal, I never received a text alerting me of an open table.) That said, Etta’s patio is indeed lovely, outfitted in pretty white-woven bistro furniture, twinkle lights and overflowing planter boxes.

With regard to the food, the hits started early and kept coming. Along with the aforementioned shrimp, we began with fire-baked focaccia, its tangy, cobwebby interior encased in a thick, golden crust dotted with rosemary. We couldn’t decide between the two accompaniments: a cloud of truffle-scented ricotta-honey or tangy-sweet conserved peppers pooled in oil and encircled by luscious, paper-thin coppa. So we got both.

I enjoyed our cocktails, too, despite the nearly 10 minutes that separated their respective arrivals. “The margaritas are on draft only in the downstairs bar,” explained a server dispatching the pleasantly orangey Etta Rita, which owed its citrus-zest sweetness to cointreau and mandarin-orange liqueur. My rye-based Golden Triangle contained hints of a warmly spiced Vieux Carre, with vanilla-scented tuaca (cognac liqueur), benedictine, masala spices and a puckering top note of lemon juice.

Moments later, a habit-forming bowl of ruffled squid ink mafaldine—tangled among sweet clams, fried garlic and king crab and doused in lemon-kissed nduja butter sauce beneath a canopy of golden breadcrumbs—brought us dangerously close to being full. But we persevered in the name of the hearth-fired piece de resistance: a (filleted) whole branzino dressed in capers and lemon, its delicate white meat encased in beautifully singed skin.

Early in the evening, I blamed our server’s long absences on the patio’s abundance of flora, more specifically an unruly potted palm that obscured our little table. But the trend sadly continued for the meal’s duration. Dirtied plates and empty cocktail glasses languished on our crowded table between courses. When he dropped by at one point to check in, I asked him to remove some plates. “Right away,” he breezed, walking away. A few minutes later, an affable server trainee came to collect them.

We did share a moment of mutual enthusiasm, when he lovingly sold us on the raspberry galette for dessert: a rustic late-summer triumph of tart raspberries and sweet almond frangipane nestled inside flaky, sugar-crusted wheat pastry next to a baseball-sized scoop of Earl Grey ice cream streaked with honey. In those few seconds of genuine warmth, I glimpsed the potential of this restaurant to become an easy frontrunner in Chicago’s dizzyingly crowded dining scene. Then he disappeared for another lengthy spell.

“Damn it,” I muttered, mouth full of galette. “We should’ve asked for the check with dessert.”

Atmosphere: From indulgent housemade pastas to wood-fired pizzas and heartier proteins, chef Danny Grant churns out hit after culinary hit at this sprawling Bucktown bi-level. Sadly, lackluster service kept Etta from shooting to the top of our favorites list.

What to eat: Etta injects the prosaic Mediterranean concept with bold, often hearth-fired flavors. The bubbling shrimp, squid ink mafaldine and whole-branzino should not be missed. And save room for dessert, namely the mouthwatering raspberry galette.

What to drink: Cocktails are bright though not especially food-friendly. Go for the complementary, mostly European and American wines, including the cost-effective, likeable trio of house carafes.

Where to sit: Make reservations at least two weeks in advance. Twosomes arriving early should have no trouble nabbing a seat at one of two roomy bars or on the spacious patio, as long as the weather cooperates. 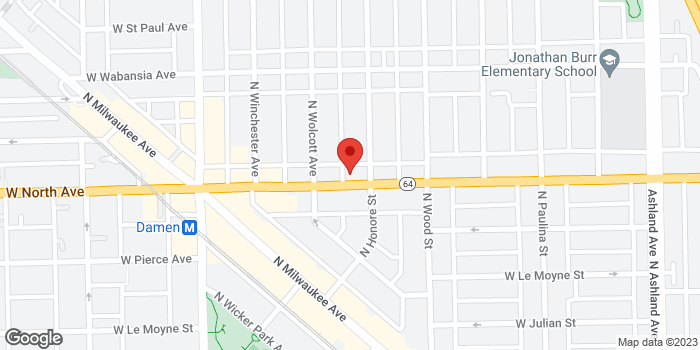