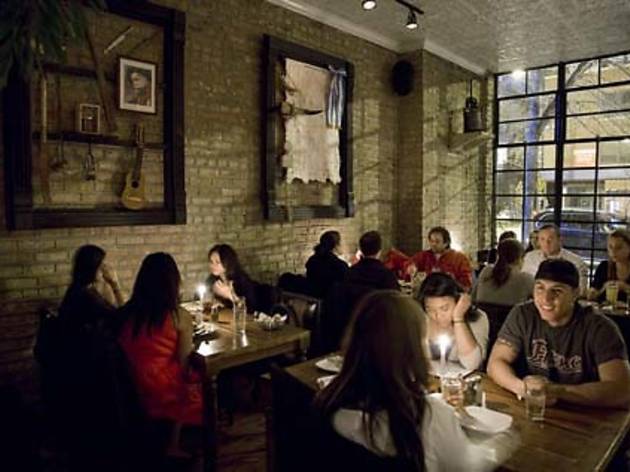 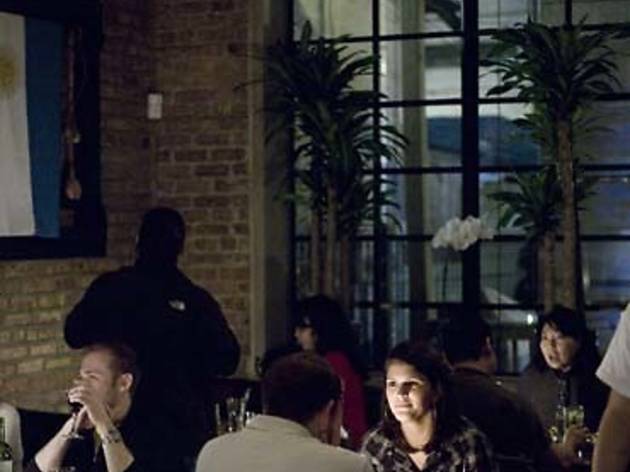 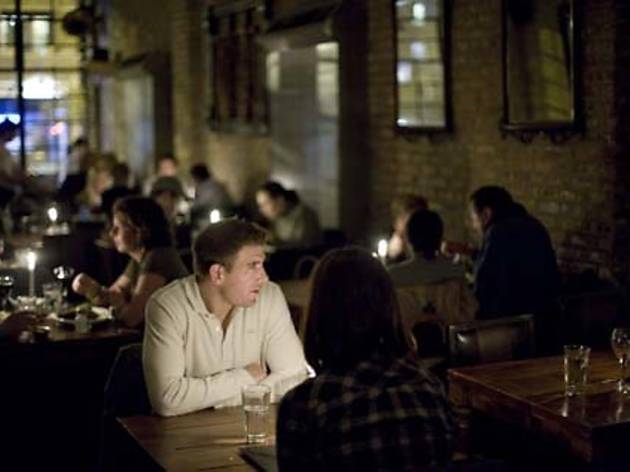 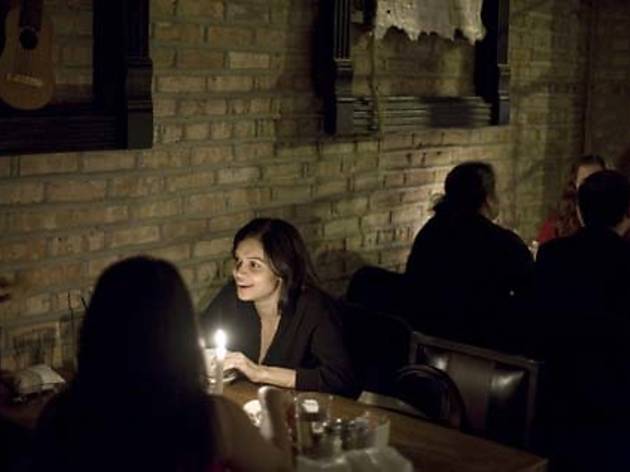 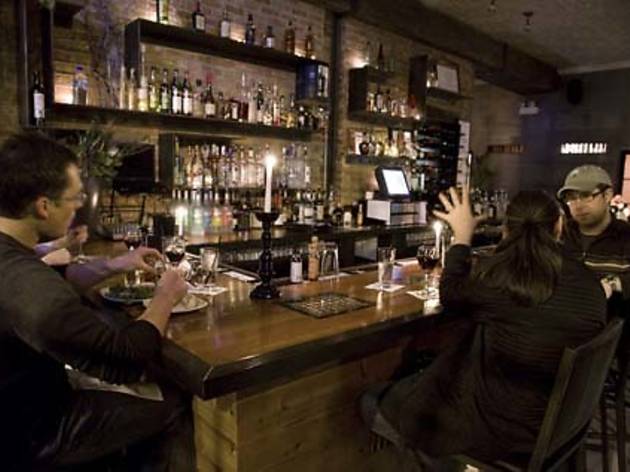 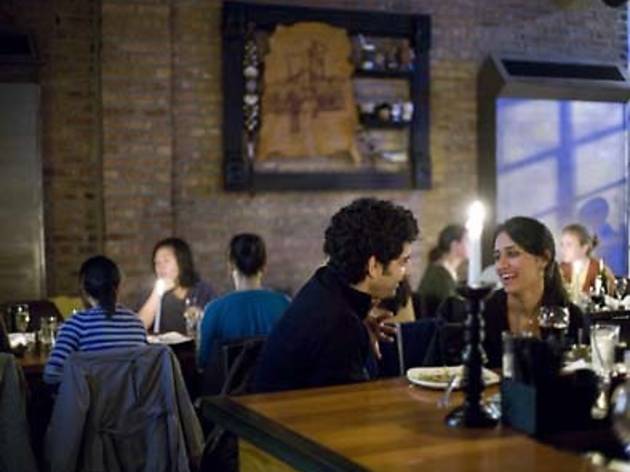 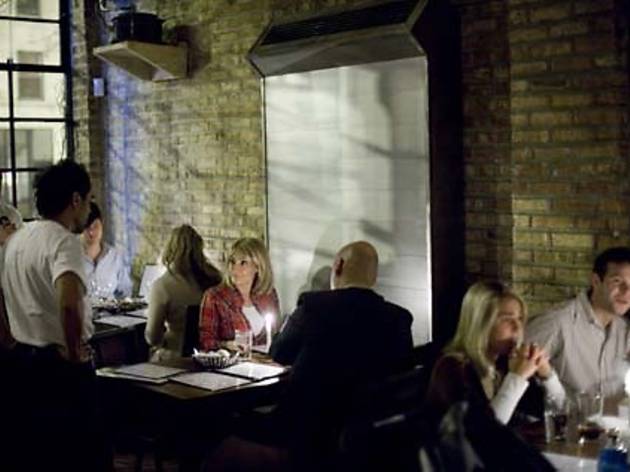 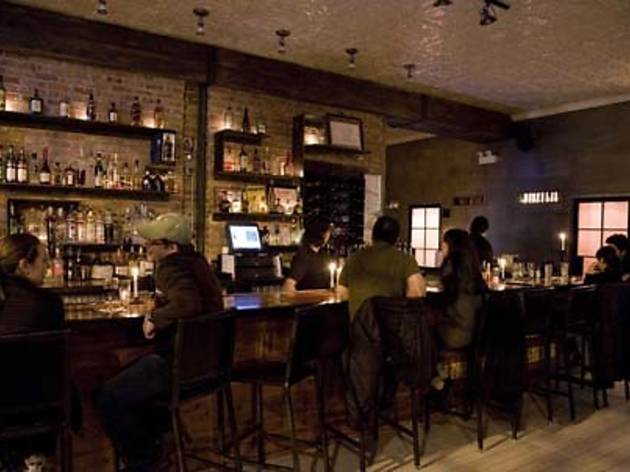 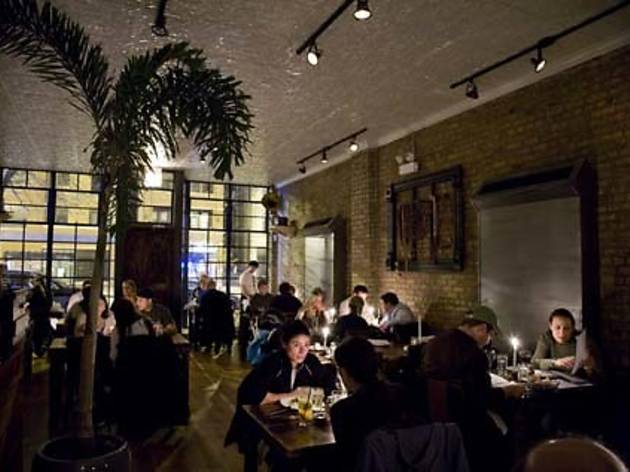 It was the kind of light that made everyone look beautiful. A single candle illuminated our table, and the whole restaurant seemed to glow. This was one of the most romantic restaurants I’d walked into in some time, and I was in love with it.

As long as anything remotely decent came out of the kitchen, I was prepared to herald Folklore as my new favorite restaurant. I cut into a crisp, deep-fried empanada and tasted the juicy, well-seasoned ground beef inside. Yes, this was the one.

An appetizer of hearts of palm and prosciutto came out next. The prosciutto lacked saltiness and depth, but I was too blissed out to care. Then the entrées came, and I tasted the tilapia. The plate was a soggy mess, making it nearly impossible to differentiate between the mushy fish and the bland mashed potatoes next to it, both of which were drowned in a cloying orange-flavored sauce.

Shit. I’d done this before, on a different kind of first date. In fact, I’d done this more times than I’d care to admit. It goes like this: The guy I’m out with is attractive enough that I don’t even realize I’m blocking out most of what he’s saying, and it’s weeks into the relationship before I realize he’s a Fox News anchor who believes he has the right to kill his own dog. In Folklore’s case, the wake-up call—that tilapia—came earlier. I could see things a bit more clearly now, and I kicked myself for not knowing it from the moment I sipped that bitter, overly alcoholic caipirinha. (Or at the very least when the waiter, after my companion politely apologized and told him it was undrinkable, so ungraciously offered to take it away that we told him to forget about it.)

But like its Lakeview sibling Tango Sur, Folklore is not a fish house, and it’s unfair to write it off based on one awful piece of a fish that’s never that exciting anyway. And thanks to the parrilada para uno, a griddle of meatstravagance laden with well-seasoned short ribs on the bone, breaded beef sweetbreads with an enticing charred flavor from the grill, and chorizo enough for many, many more than one, I staved off heartbreak. But any meat that doesn’t come from the “grill” section seems entirely neglected. Take El Filet for instance: The two hunks of underseasoned steak, although cooked to the proper temperature, carry so little flavor they taste almost, well…is there a worse word to describe steak than watery?

Even with grossly low expectations for my second visit, I still ended up deeply disappointed. A slice of unseasoned, gummy frittata tasted as though it had just come out of the microwave. A half-chicken purported to be “from the grill” but tasted more like a flavorless rendition of roasted chicken Vesuvio. I spent the night sawing away at a bone-in rib eye. The cut of beef was so gnarly and tough and juiceless, it was clear this was one love affair I’d have no trouble getting over.