Old-school Italian food is new again at Formento's in the West Loop.

By now, I, and Chicago diners, should be tired of Italian restaurants. Over the past couple of years, we’ve eaten so many variations on the cuisine—Piedmontese at Osteria Langhe, seafood at Nico Osteria, Sicilian at Ceres’ Table—plus so many generic Italian spots that it almost feels like a reward to be handed a place like Formento’s. The restaurant, from B Hospitality Co. (The Bristol, Balena), offers takes on classic Italian-American dishes, like shrimp scampi, fettuccine alfredo and chicken Parmesan. It’s a comfortable restaurant—the dining room has an old-school vibe, with red leather banquette seating, white tablecloths and black and white photos affixed to the walls, while the long, curved bar and tin ceiling provide a dark, comfortable place to sip well-executed classics like Manhattans and Negronis. Our engaging server commented that the theme reminded her of the Italian supper clubs she grew up with in central Illinois, but the restaurant only claims to be “inspired by” the classics, so those expecting faithful, straightforward dishes won’t find them on Tony Quartaro’s menu.

And that’s not a bad thing, because it means dishes like the scampi, fat, sweet langoustines that are halved and topped with nubs of shrimp sausage and lemony breadcrumbs. I started scraping up the buttery garlic sauce with my fork, and a server brought us pieces of garlic focaccia to soak up every drop. Similarly great was Nonna’s relish tray, an array of tiny vegetable bites, including olives filled with creamy anchovy sauce; a briny cauliflower, carrot and fennel salad; and smoky cubes of eggplant.

Those dishes kicked off a mostly very solid meal. Skip the Caesar salad, a fine but unexciting version that I forgot about until I reviewed my photos, and the house wines (two reds and a white), which didn’t do much for my date and I. We should have listened to our servers, who tried to steer us toward other ones. But the pastas are good, like the bucatini all'amatriciana, made with ‘nudja, a spicy Calabrian sausage, and the canestri, which comes with a separate dish of well-balanced tomato sauce with dry links of fennel sausage, but with meatballs so light they’re almost fluffy.

I’d be sated ending a meal at Formento’s after the pasta course, but if you’re plowing ahead with entrees, the juicy veal tomahawk, bathing in a marsala sauce, has a giant bone sticking out of one end—if you want people at surrounding tables to turn and stare at you, this dish will make that happen. The quail saltimbocca is less ostentatious but more creative. The meat is presented like a sausage, wrapped with prosciutto and served with smoked cauliflower and toasted hazelnuts for crunch. It’s terrific. If you need a side dish (you don’t, but just go for it), the fontina-creamed escarole with artichokes evokes both creamed spinach and spinach-artichoke dip.

By the time we reached Sarah Koechling’s dessert menu, there was no way I could handle the towering slice of chocolate cake. A slightly lighter option is the spumoni, layers of pistachio, chocolate and vanilla-raspberry ice creams, wrapped with pistachio cake and served with raspberry brandy jam and pistachios. But the sleeper hit of the dessert menu is the creamy, minty grasshopper, which Formento’s vastly improves by using BroVo Chocolate Liqueur and Wondermint.

I wasn’t quite as taken with Nonna’s, the adjacent sandwich shop, in part because it’s on the same block at J.P. Graziano, which makes the best sandwiches in the city. So while I liked the juicy meatball sub, with tangy housemade giardiniera, the much-lauded tripe sandwich was already removed from the menu, and the thin piece of chicken parm got lost in the thick bread. I might return to Nonna’s for another meatball sub, but I’ll definitely return to Formento’s. Quartaro makes old-school Italian feel new again. 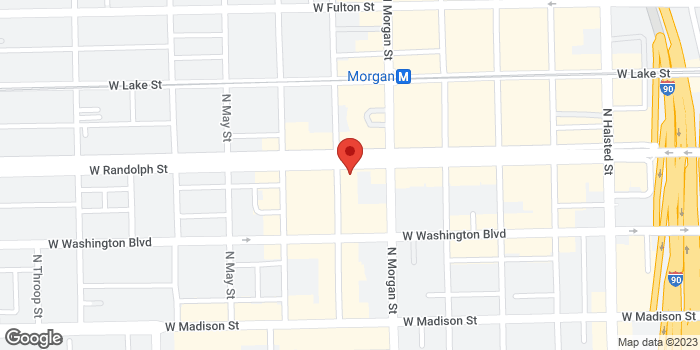