I was eating a lamb meatball when I realized there was a globe loitering on the window ledge next to me. And a random silver vase a few feet from it. And farther down the wall, next to the door: an aquarium. “There is crap literally everywhere in here,” I said to my companion, a middle-aged suburban woman. “I know,” she replied. “I love it.”

I can’t stand it, the shabby-chic clutter, a thrift store’s worth of mismatched tables and chairs arranged (in the front of the restaurant) in a style that’s allegedly beatnik but to me evokes a cleaner iteration of Filter (the Wicker Park coffee shop). And yet, it works. It’s one of the few places in Evanston that’s casual (and relatively affordable) enough for Northwestern students to come in for a sandwich and a beer and yet civilized enough for the suburb’s longtime residents to sip wine alongside a three-course meal.

This is great for Found, the long-in-the-works vision of Morton’s scion Amy Morton (who’s passionate about the restaurant’s mission to support non-profits and offer entry-level jobs to the homeless), and it’s great for Evanston. But if you walk in at 8:30pm on a Friday, it’s not great for anyone. The hostess took our name, estimating a 45-minute wait. (Found doesn’t take reservations.) We headed to the bar to get a drink, only to discover the true meaning of “in the weeds”: damp menus scattered about, bar staff frantic, customers barking for glasses of chardonnay. Two minutes later, Morton, who was making her way down the bar asking everyone for the name they had given the hostess and writing it down, asked for our name. Ten minutes later, she came by and asked us again. By that point, we’d claimed two seats at the bar and decided to eat there—just as soon as we could get someone’s attention for a food menu. We sipped two atrocious cocktails—a pink lady that tasted like a Shirley Temple and a dark and stormy with the flavor profile of flat Coke. Found had just hired a new beverage director, but she hadn’t yet revamped the old menu; if it’d been me, I would’ve just put the cocktail program on hiatus until the new one launched.

What’s funny about Found, though, is that despite the front of house being in the midst of a small nightmare, the kitchen (from a diner’s perspective) never flinched. Its chef, Nicole Pederson, comes from C-House and Lula Cafe. She cooks with seriousness but no fuss; her small plates bespeak calm confidence without the weight of ego. Here, lamb meatballs—bewilderingly juicy where so many others before them have been dry—are set on a subtle sauce of yogurt swirled with pistachio chimichurri. They’re understated and satisfying. Roasted brussels sprouts and squash are dressed in the compelling, pleasing heat of harissa. There are three traditional “entrées,” and the two I had were my favorite things at the restaurant: a ruby-colored hanger steak served with slices of rustic bread to sop up the peppercorn-strewn pan sauce and a whole Rushing Waters trout set alongside what the server described as a “green goddess aioli,” an herb-packed sauce I would eat on pretty much anything.

Most of what comes out of Pederson’s kitchen is solid but, sometimes, there’s not much spark in solid. Her short-rib flatbread is the opposite of what any bar would do to short-rib flatbread: It’s light, delicate even, shreds of short rib arrayed over celery-root puree, the whole event concealed in a pile of greens. When you break it down, there’s no error in its preparation, but when you put it all together, there’s little joy in its consumption. I prefer a chicken-liver mousse that’s voluptuous and creamy; Pederson’s is lean, crying out for the fat of the bacon marmalade alongside it. Chicken wings, in contrast, are packed with flavor, yet I couldn’t get past their initially cloying sweetness. Desserts are simple and perfunctory: The best thing about them is the perfect little shortbread cookie that comes with the pot de crème. (I see a cookie plate in Found’s future.) Yet through it all, the only real flop was the fried-oyster tacos, crispy bivalves swaddled with pickled cabbage in frail tortillas, searching for some salsa, some spice—any random thing, really—to awaken them from their slumber. 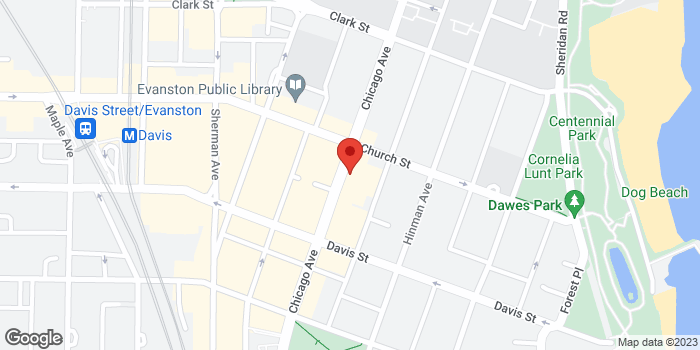