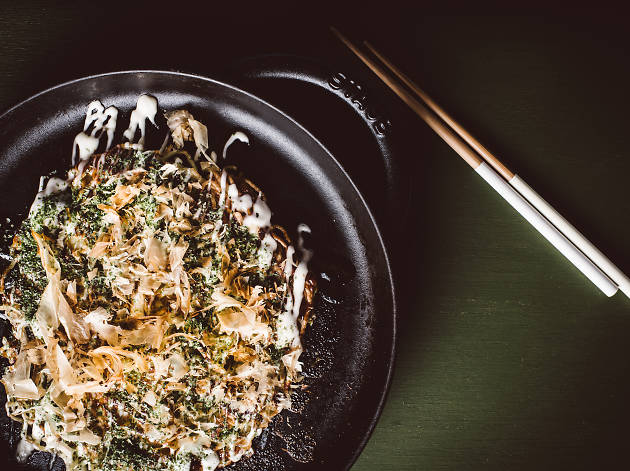 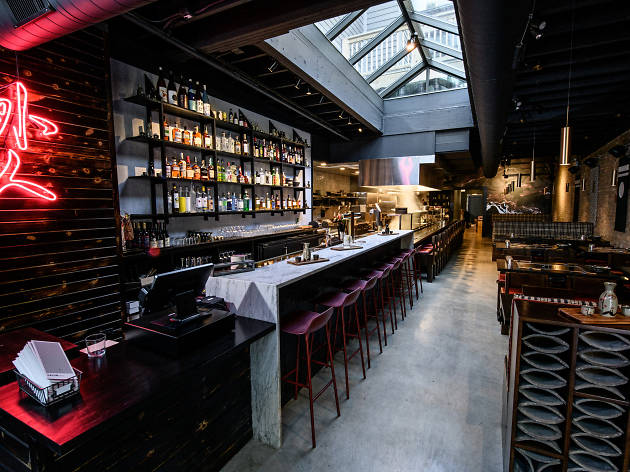 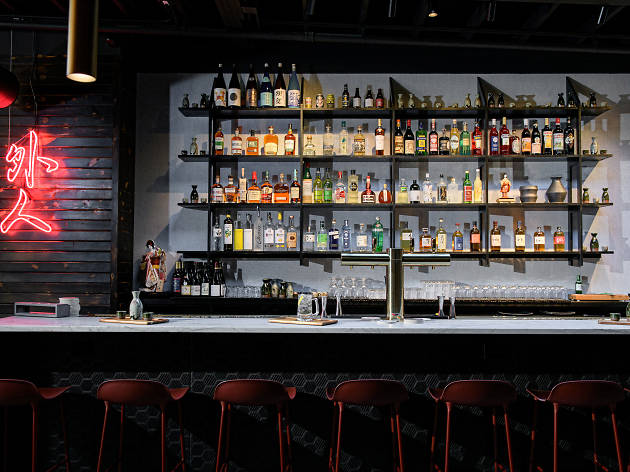 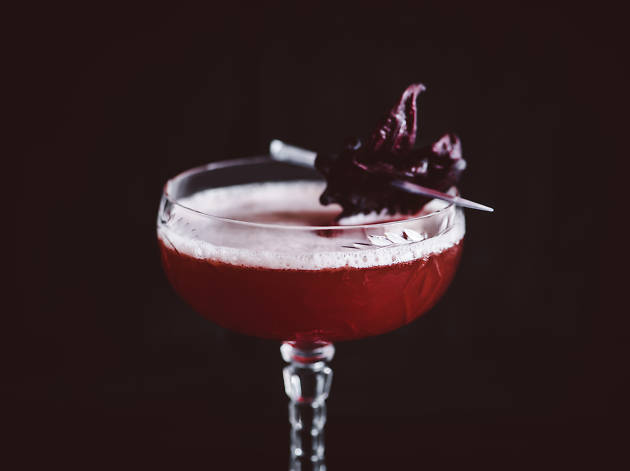 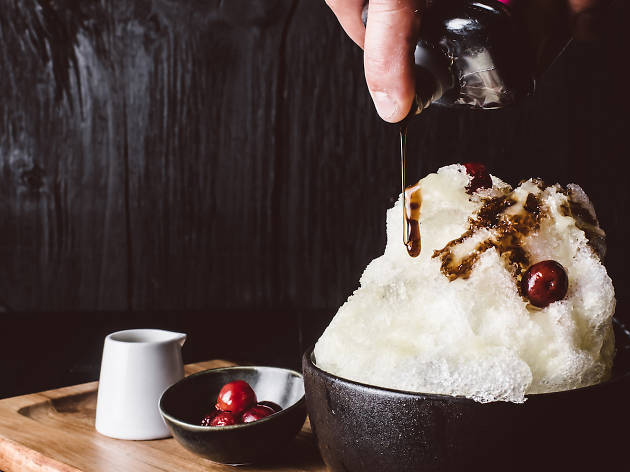 When I was 26 years old, I indulged in a life-changing bowl of bucatini carbonara made by chef Todd Stein at now-shuttered Cibo Matto in the Wit hotel. Ever since then, I’ve labored obsessively in my home kitchen to recreate the perfect alchemy of fat, salt, chew and heat. After a decade of tinkering, I now claim a derivative sliver of this Roman classic, though I’m not even 1 percent Italian.

Questions of ownership and origin become more profound when someone opens a business aiming to profit off of said recipes—a thought that lingered in my mind when I dined at Gaijin, the new Japanese-inspired West Loop restaurant from white chef-owner Paul Virant (Vie, Vistro and bygone Perennial Virant).

The focus at this bustling newcomer is okonomiyaki—savory Japanese pancakes crammed full of meat and vegetables and strewn with flavorful sauces. Virant’s wife fell in love with this Osaka-born comfort food while living in Japan as a student, and the chef has spent the past 25 years perfecting home-cooked iterations through his seasonal Midwestern lens. Virant playfully acknowledges that his take is at best that of an enamored outsider—the name Gaijin means “foreigner” in Japanese.

“The deeper sentiment is that we’re doing something that’s a super-popular comfort dish in Japan—a place where people really have a reverence for their food and culture,” Virant told me. “Out of respect for them, we’re trying to do it as best we can.”

Gaijin slings two expert versions of okonomiyaki that top out at a refreshing $16: the mixed Osaka variation with eggy batter as well as the layered, eggless Hiroshima version that incorporates yakisoba noodles.

The Osaka-style was a textural triumph, with a crispy griddled exterior shielding a custardy center. Crowned with curls of tempura shrimp, sweet corn, creole butter, puffed rice and squiggles of okonomiyaki sauce (a cross between ketchup and worcestershire), the dish easily catapulted into best-of-2020 contention. The vegetarian version of the Hiroshima-style didn’t work quite as well. Layers of tofu skin, yakisoba noodles, mushrooms and boiled kelp tasted like a mishmash of fungal and oceanic funk.

Next time I’ll request that the kitchen staggers my order, as our limited countertop real estate at the bar proved no match for the slew of starters, noodles and pancakes that were deposited almost all at once. (An apologetic White immediately re-fired our pancakes.)

The symphony of savory flavors found a refreshing, delicately aromatic counterpart in my gin and shochu 950W-Hai highball, infused with floral oolong tea and oolong syrup. My date’s bittersweet Hibiscus Under the Tracks with Japanese bourbon, lemon and aperol, was juicy and magenta-stained from hibiscus liqueur.

For the second time that night, the English language seemed inadequate to capture the multitude of textures at play in my mouth. Instead, my date and I noshed wordlessly, aside from mustering the occasional “Mmm!” and “Ooh!”—the near-universal expressions of eating bliss.

Atmosphere: This sexy slip of an eatery channels the coziness of traditional Japanese izakayas, with black and red trim and close-quarters seating.

What to eat: Osaka- and Hiroshima-style okonomiyaki marry traditional and Western fixings, from tempura shrimp with creole butter to octopus with honey gastrique and shimmying bonito flakes. Don’t skip the fluffy towers of shaved ice for dessert.

What to drink: Cocktails—from effervescent highballs to boozier martinis and sours—highlight Japanese liqueurs and ingredients. The list is rounded out with beer (including a crushable Moody Tongue-Gaijin house lager), sake, Japanese whisky and wine.

Where to sit: This communal 60-seater fills up nightly, so book a few weeks in advance, or arrive early to snag stools at the 14-seat bar with sightlines into the lively open kitchen.