Clever, mostly tasty small plates are well-paced at this lighthearted addition to Restaurant Row, where thought-provoking cocktails alone are worth the trip.

Twelve-odd years into the small-plates era, and I’ve come to one crucial conclusion: Tapas-style dining makes the most sense when you’re with just one or two companions. Anyone who’s attempted to carve a scallop into five equal parts can surely attest to this. Unfortunately, this tactic won’t save you from the trend’s most detestable tendency: Servers deliver dishes “as ready”—meaning you’re just as likely to wind up sharing a single bacon-wrapped date as you are to be bombarded by six plates at once.

Gideon Sweet—the newcomer from celeb chef Graham Elliot and Folkart Restaurant Management’s Matthias Merges—bills itself as a naschen (German for nibble) rather than tapas restaurant, though the same general principle applies. A parade of globetrotting small plates—best shared by two or three diners—is supplemented by seasonal specials roving the dining room on trays like dim sum (which were curiously absent on my second visit).

Where this newbie refreshingly diverts from its counterparts is in the intentionally relaxed meal pacing, giving you time to actually naschen. Clever, mostly well-executed dishes and intriguingly nuanced cocktails match the genial vibe of this welcomed addition to the West Loop.

“What is this material? I want it in my house!”

Once seated, we perused the cocktail menu, glancing at each other helplessly over the sprinkling of unfamiliar ingredients. “French Génépy?” (Alpine herbal liqueur.) “Centerbe?” (Aromatic Italian digestive.) Helming the beverage program is Merges’s Billy Sunday partner Alex Bachman, whose other day job as a rare spirits purveyor is on display in both the cocktails and the rotating offering of vintage pours.

Following a rundown of how much to order (six dishes should do) and what not to skip (the potato spiral!), our server assured us we’d never have more than two plates on the table at once. And just like that, our instinctual tapas-induced panic receded.

The potato spiral arrived first—an edible slinky of Kennebec potato run through with a skewer and twice-fried, giving it the pleasing crunch of an extra-thick chip. We dislodged one slab at a time, dragging it through delicious “sour cream and onion dip” imbued with herbs, buttermilk and piquant chopped scallions.

Hamachi collar has lately become one of my favorite fish parts. This meaty, bone-in section between the head and gills is an ideal match for a hot grill—yielding rich, incredibly juicy meat. So I was disappointed to find the yuzu-glazed hamachi collar bland, lacking the glistening char and sweet-citrus tang of my first visit. Our dismay melted upon the near-simultaneous arrival of warm king crab—an impeccable section of sweet, tender leg meat drenched in luscious uni butter, uplifted with a spritz of lemon and dotted with smoked trout roe.

The genuine and breezy service remained a consistent bright spot—from our server waxing poetic on unsung celery, whose verdant crunch made an otherwise adequate dish of roasted cauliflower with smoked dates, to the infectious affability of the runner.

“Hi again, friends,” he smiled, delivering a tostada piled with fatty, warming guajillo-braised goat. “That goat got a two-day braise.”

We were about four bites into the wryly challenging Japanese cheesecake dessert with pear and chestnuts when I remembered that Mari Katsumura (Entente, Acadia) helms the innovative sweets here. Rounds of airy, angel food-like cake enriched with cream cheese and crème fraiche get a funky, mineral bitterness from a drizzle of chestnut honey. As we puzzled through the component parts, we were grateful for the sticky-sweet relief of the accompanying Chateau d’Orignac Pineau des Charentes apéritif.

So many tapas-style dinners end as a harried jumble of bites in my mind. But I left Gideon Sweet still savoring the uni-topped crab and delighting once more at that impish potato slinky. Crucial conclusion No. 2: To do small plates right, you mustn’t rush.

What to eat: Six dishes should satiate a hungry duo. Can’t-miss plates include tender lamb and zucchini meatballs and luxurious king crab drizzled with uni butter. Save room for dessert.

What to drink: Alex Bachman’s stellar cocktail list combines rare spirits with his knack for understated yet innovative flavor pairings. Start with a culinary-inspired small pour. Then commit to the full-sized Round Two—a roasty, mescal- and sotol-based play on a negroni—or the beguiling, sparkling wine-based Monarch’s Soda, imbued with galangal and green chartreuse.

Where to sit: Reservations are always a good idea here, like anywhere in the West Loop. Try to snag a four-top overlooking the open kitchen to see the cooks in action. Come al fresco season, the beautiful, enclosed back patio will surely fill up fast. 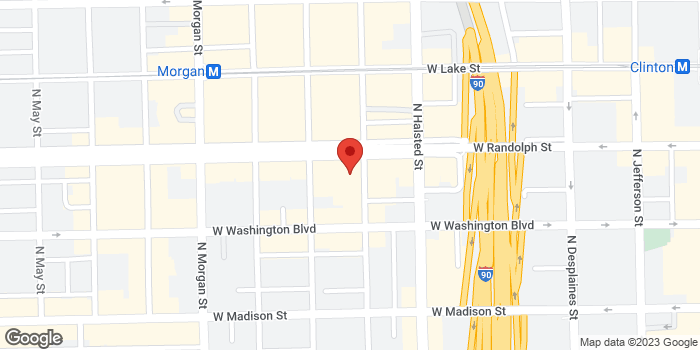