The best parties always assemble in the kitchen, where someone is stirring something on the stove, another person is shaking up drinks and everyone else is casually hanging around, talking and stuffing their faces. Going out for Korean barbecue has always felt like a party to me—the meat sizzles on a fiery grill right at the table, there’s invariably a bottle of something boozy being passed around, and there are salty little snacks to nibble on while you wait for the main event.

So when I headed up to Gogi, a new Korean barbecue restaurant that recently opened in the old Hae Woon Dae space in Rogers Park, I brought along a couple of my favorite dining companions. But Gogi, from the family behind the adjacent bar Yeowoosai, wasn’t the delicious party we were hoping for—the promise is clearly there, but the invitations went out too soon.

On a recent weeknight, we were unexpectedly greeted by an empty dining room and smooth jazz playing overhead. So when we were shown to a low table with a gas grill set inside it, we slid off our shoes and figured we’d receive extra attention from the servers since we were the only people there. But aside from helping us cook our meat, the servers disappeared for long periods, making us feel forgotten.

Korean barbecue includes tiny little side dishes called banchan, and we received about 15 little white dishes, which covered every inch of the table. They ranged from a few types of spicy kimchi to tangles of pickled daikon to tiny slices of omelet—these are delicious, and the best part (other than the fact that you don’t even have to order them and they come free), is that they’ll refill them as many times as you like. It's great news when your table is nuts about kimchi.

Also great—the makgeolli, a Korean rice wine that’s brewed locally at Slow City Makgeolliin Niles, the first makgeolli brewery in the United States. Milky in appearance, the makgeolli is lightly sweet and a little tart and comes in a bowl with a ladle. The Hitachino Nest, a clean-tasting Japanese witbier, is tempting, but the makgeolli is worth a trip on its own. The kimchijeon, a flour pancake that’s bright orange in color thanks to the kimchi brine that’s added along with the spicy kimchi, is worth getting too. It's crisp and savory, and even after I was stuffed, I kept going back for more.

But the focus of Korean barbecue is the meat, and while Gogi tries to set itself apart—there are hard to find cuts like samgyeopsal (pork belly), along with more traditional options, likebulgogi (marinated beef) and galbi (marinated short ribs)—the cooking method keeps them from fully succeeding. Our server ambitiously suggested that we select three meats to barbecue, way more than necessary, but we welcomed a chance to try multiple meats.

The meat is delivered to the table raw, and you’re handed tongs to turn it and meat scissors to cut it up. The bulgogi came out in its own burner, while the thin and tender galbi was wrapped around a bone—the server unrolled it on a pig-shaped grill placed over the fire and we waited for it to cook.

Here’s the problem, though—we just kept waiting and waiting. The grill just doesn’t get hot enough to really cook the meat, and at one point our server removed the meat and said, “Let’s wait for this to get hotter.”

It never really did. The flame flickering underneath the pot with the bulgogi went out, while the galbi sat on the skillet, barely cooking, until we finally just cut it and ate it. After waiting even longer, the samgyeopsal fared better—the edges caramelized and it was cooked with bean sprouts and kimchi, which when eaten together, it made for a spicy, satisfying bite.

The meat is served with lots of greens—bowls of dressed greens and onions are set on the table, along with lettuce leaves designed to wrap around the meat. Place a piece of pork belly inside, top with chili paste, garlic and other toppings and eat. The flavors of each meat are delicious (they’re available unseasoned too, if you prefer), so when Gogi gets the cooking situation figured out, this is going to be the best barbecue—and party—in town. 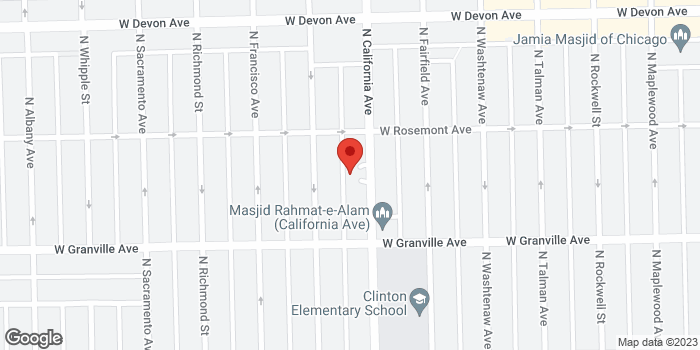