I’ve been to grahamwich three times, and if I were to ever return, there are only two things I would eat again: the grilled cheese and the Reuben. There are places in this country where these sandwiches are truly great. (The grilled cheese at Tartine in San Francisco and the Reuben at Langer’s in Los Angeles come to mind.) At grahamwich—the most anticipated restaurant to open in 2010 after Girl & the Goat—they are simply hot, toasty, cheesy and delicious.

For some, the sandwiches here will get an extra boost from the lovely space, smartly designed and housed in a real Chicago treasure, Tree Studios. But for most, the draw is bigger than what goes between two pieces of bread: It’s the man formerly known as Bowles, whose first initial is everywhere from “gw”-monogrammed buttons to “g’wich chips.” It doesn’t matter to his fans what Elliot is doing at his current sit-down restaurant— the goodwill Elliot earned from his stint at Avenues in the Peninsula seems not yet to have (completely) dried up. More significantly, Elliot has been fameballing out of control, ruling Lollapallooza’s “Chow Town” food stalls as mayor, then taking reality cooking to the legacy channels as the host of Masterchef on Fox. And so this little sandwich shop has received an unbelievable amount of attention from TV personalities, bloggers and critics. And the response (at least publicly) has been almost universally positive. “Another hit for the man in the pork-pie hat,” wrote the Tribune’s Phil Vettel on Day 1.

Which brings me to the rest of the grahamwich menu, a dilettantish assortment of international sandwiches that reflect not just repeated failures of execution but a lack of care in their conception. The lowest of the low is the banh mi, a baguette that bears the burden of congealed, gelatinous cubes of pork belly, slimy strips of pineapple and dank shiitake mushrooms. It faces a not-so-epic battle for Worst Appropriation of a Legendary Sandwich against Elliot’s jibarito taco: Too-sweet pork shoulder in too paltry a portion to stand a chance against the two cold, chewy tortillas it’s wrapped in. I picked at whitefish covered in a wet mess of aiolis and chutneys, too turned off by the mouthfeel of soft fish against soft “naan” to eat it as a sandwich but grateful for the crunchy, salty marcona almonds nonetheless—that is, until more than a few of them turned out to be bitter. The short rib is not terrible but it also doesn’t really make sense, the tender meat balanced on top of a slit in a long pretzel-bread roll (as opposed to actually in it) and sprinkled with shoestring potatoes as though a six-year-old had at last been given the opportunity to make his own lunch. (Speaking of kids, you are f’d if your little guy has a bias against, say, the tomato jam on the grilled cheese. The person taking orders on all three of my visits, who was pretty much an overall pill, expressed snobbish exasperation at the notion that one might want to make a substitution. “These are kind of like composed entrées,” she explained.)

The sandwich batting average of one out of three would look bad if it weren’t for the sides, which come in at a solid zero for four. The chips were stale, and they were covered in chalky layers of “ranch powder” and cheddar. All the g’wich popcorn had to offer was whiff after tiresome whiff of truffle oil. The salad is comically basic (some mixed greens and a couple radish slices); the all-white pickles were visibly oxidized and dull. A sip of syrupy, way too sweet lemon-lime soda only made it all worse. Finally, there would be soft serve! A cup of frozen Greek yogurt topped with bright pomegranate seeds and chopped chestnuts looked fantastic. But when I took a spoonful to my mouth, my cheeks puckered in horror. Kosher salt crystals had just hit my mouth en masse, and though I tried to keep eating, neither the pomegranate seeds (which lacked pop), nor the chestnuts (which were chewy) could redeem the dessert. It fell to the apple-crumble soft serve—creamier, not freakishly seasoned with salt—to be the coolest kid at musical-theater camp.

I know what you’re thinking: “It’s a sandwich shop. What did you expect?” Well, XOCO is also a sandwich shop. And being only a few blocks away, and having a celebrity chef of its own, it’s hard not to compare the two. Where Rick Bayless pushes the whole idea of a sandwich shop to the next level—creating hot chocolate with an artisanal process never before seen in Chicago, working wonders with posole in homage to the regional cuisines of Mexico—Graham Elliot sinks to the lowest common denominator, keeping actual cooking to an absolute minimum and embarking on a disastrous dalliance with “ethnic” cuisines.

Elliot knows that under the duress of pageview quotas, no move of his will be left uncovered by the food blogs and print pubs. He knows that after years of hype, fans will eagerly line up out the door. Elliot’s fame gave him the ability to phone in his food with very little consequence. It’s pretty insulting to his fans that he went ahead and did just that. 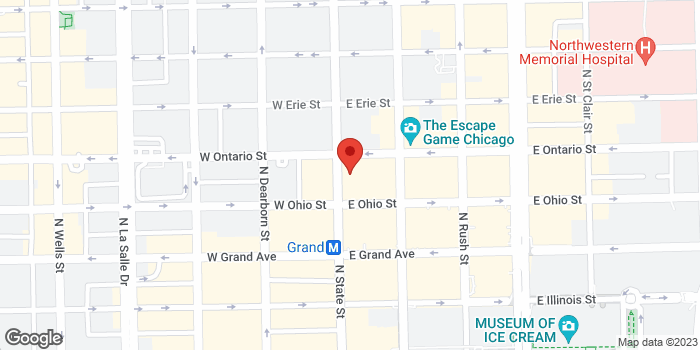