On a recent visit to Green Street Smoked Meats, the guy behind the counter taking meat orders was wearing a Franklin Barbecue t-shirt. Franklin, the lunch-only spot in Austin, Texas, is one of the most lauded barbecue places in the country, and it seemed like a knowing wink to our country's current barbecue obsession that he was sporting a t-shirt from there.

Chicago loves barbecue—in the past year alone, openings have included Green Street, Q BBQ, Smalls Smoke Shack & More, Blackwood BBQ, County Barbeque, Ravenswood Q, and I'm sure I missed some—but we don't have a place that inspires the fanaticism of Franklin. When I went on a barbecue tour of Texas last spring, Franklin was the clear highlight, despite having to wait in line for four hours before tucking into tender, falling-apart brisket, snappy sausages and a bottle of Big Red soda. And I'd do it again. But I haven't yet found a place in Chicago I'd wait that long for. Smoque comes closest, but four hours is a hell of a long time to wait for anything.

But Green Street was a promising contender—after all, restauratuer Brendan Sodikoff has proven he can pretty much do anything. We showed up at Green Street at 8:30pm on a recent Saturday, but that was far too late. When we arrived at the West Loop restaurant, we walked down an alley permeated with the smell of smoke and entered the packed restaurant. With lights strung along the ceiling and large, boisterous groups, Green Street feels like a winter version of Big Star's patio.

The line to order stretched across the restaurant, and we joined it, but when we reached the meat counter 20 minutes later, the brisket, pulled pork and ribs were gone. On my second visit, the guy slicing brisket said that they usually have meat until 10pm during the week, but that all bets are off on Saturday night.

So on that first visit, we got whatever was left. That included fat, juicy slices of pork belly; large oysters that were heated in their shells until they popped, served with a lackluster tartar sauce; satisfying smoky chicken legs; a vinegar cole slaw freshened up with cilantro; and the worst tamales I've ever had. They were individually wrapped in foil and placed in a can—they were pure mush, so skip those entirely.

The pork belly was the winner the first night, and on my second visit, the lightly sweet pulled pork was our favorite, so you'll do fine if you stick with pig. The brisket comes with two slices of lean meat and two slices of fatty meat, but both were too dry and lacked the flavor that Q BBQ had. The sausage is thick and slightly spicy, but there's no snap to the casing, so it's texturally one-note. The sauces, including a coffee one, were fine, but we kind of forgot they were there. For dessert, there's one option—coffee or vanilla soft serve, topped with a chocolate shell.

If you're going with a group on the weekend, good luck. "I don't think I've ever had a bigger gulf between my enjoyment of eating something and my comfort level," one of my friends said, as six of us packed into the end of a communal table. But when I went on Wednesday night, my friend and I took up the same amount of space and were comfortable enough to linger for awhile over our food.

Green Street has a bar with cocktails and beer, but the first night we just grabbed a few Lone Stars out of the vintage sinks, where they were sitting in ice. But on my next visit, the bar was pretty much empty, so while I waited for my friend, I sipped a Black Gold, made with Carpano Antica and Fernet Vallet, a Mexican Fernet that's mellower than Fernet Branca.

You'll eat decently here, especially if you love pig. Just don't expect to see anyone in Austin wearing a t-shirt for Green Street. 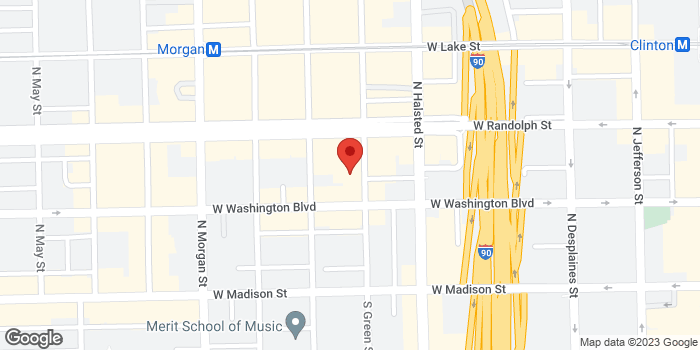