I couldn’t get into the lobster roll at GT Fish—the bread was too sweet, the lobster too wet. And when it came to the stuffed squid, I found myself digging out the chorizo, shrimp and rice—the squid itself had been overcooked, and I wanted to avoid having to gnaw on it. Desserts—I’ll get to those in a minute. But let’s just say they did not provide happy endings.

Everything else at GT Fish I loved.

I loved the cocktails, which was no surprise given these expert Dark & Stormys were designed by Benjamin Schiller. And I loved the room, which ever since the Boka Group (those guys behind Girl & the Goat and Perennial, among others) announced would become GT Fish I’ve mistakenly referred to, in conversation and in print, as a “fish shack.” Clearly, I did not know of what I spoke. Fish Bar in Lincoln Park—that’s a fish shack. GT Fish is a restaurant. And in contrast to Fish Bar, here the nautical details lend the room a sleekness. The aura is cool, salty. Not unlike the wind in Cape Cod.

The Cape is not the only thing this place is selling, though. With every order of oysters—cool and plump and ocean-kissed—comes two bottles of GT-branded hot sauce, in packaging that leads me to believe we’ll soon see the stuff at Jewel. The sauce itself is neither remarkable nor un, but it’s indicative of this restaurant’s secondary ambitions: to raise the profile of chef Giuseppe Tentori, perhaps even to the level of the other star chefs in this company, Paul Virant and (especially) Stephanie Izard. Because somehow, even after a few years at Boka and being crowned Best New Chef by Food & Wine magazine in 2008, Tentori’s name has yet to reach the level of Izard, Bayless or the man formerly known as Bowles.

Maybe that’s a result of Tentori not having a television presence.

Whatever the reason, it can’t be his cooking, because the food coming out of GT would make any cook a star. Small plates (if you think the Boka group will ever do anything but small plates again, you’re living in a pre–Girl & the Goat world) from the “cold” category reveal a chef who is consumed with details. A sunfish ceviche sparkles with acidity but is never drowned by it. Tuna poke pairs the rich, toothsome fish with not only sweet mango but palate-restoring cucumber. Barbecued eel is strikingly compatible with wasabi-touched potato-and-octopus salad.

On the hot side there’s that disappointing squid, and a very nice, very boring piece of halibut. But there are also Tentori’s pastas. Tentori is first and foremost an Italian chef, and it was not without a little bewilderment that I watched the Boka Group build such an American restaurant around him. But as Kennedy as this restaurant is, the chef has not succumbed completely. His squid-ink gnocchi is revelatory not just for its delicate composition but for the marvelous carrot-lobster broth it sits in. And a plate of tortellini filled with cannellini beans and topped with prosciutto, lobster crème fraîche and crawfish is almost too much, almost too decadent and lush to keep on eating. But of course, I ate the whole damn plate. Finally, cowering at the bottom of the menu are three proteins not from the sea, including a piece of pork with Mexican accents (pasilla peppers, queso fresco). It is perhaps the best hot dish I ate here. So I’ve got to ask: Should Giuseppe really be sticking to seafood?

Actually, who cares? The guy’s got a nice thing going at this place, which is in every respect more comfortable, affordable and delicious than Boka. In every respect except dessert, that is. They ranged from too sweet (key lime “pie,” served in a jar as a parfait) to inexcusable (a pale, soft, doughy cherry pie). Clearly, the place needs a proper pastry chef. As for a television audience–approved chef, it seems to be doing just fine without one.

Written by David TamarkinWednesday May 4 2011
FacebookTwitterPinterestEmailWhatsApp 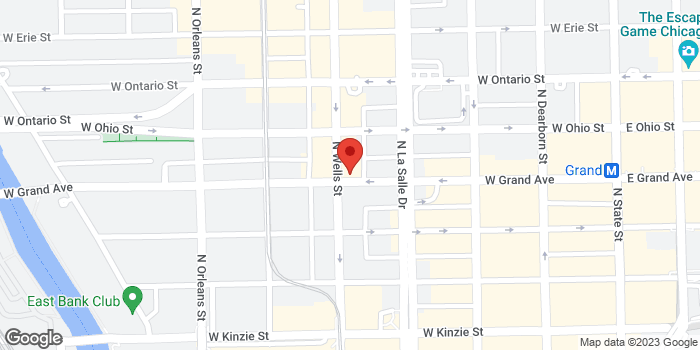