Henri, the new restaurant from the chef and owners of the Gage, is the most striking, most breathtakingly opulent restaurant to open this year. From the huge crystal chandeliers that hover near the ceiling, to the plush leather stools that line the bar, to every inch of wall space (covered in dark fabric in the dining room, and in alligatoresque leather in the bathroom), it’s a space you want to put your hands on, nuzzle up to, get familiar with. And to get familiar with Henri is to realize that it’s not just luxury the restaurant traffics in, but retro luxury. Though the place sparkles with brand new materials—it practically still has that new-restaurant smell—it operates with old-school principles. Careful attention has been put into the meal’s tactile experience: The phenomenal Linchpin cocktail (a selection from the cocktail list’s winecentric drinks) is shaken so cold that the beautiful glass it’s poured into gets almost too icy to touch. And it looks so classically perfect, you hardly want to take a sip for fear of ruining the picture.

The pleasantries extend to the staff as well. Behind the bar, standing in front of a mirrored wall of spirits, is the most gracious, friendly bartender in Chicago. Later, you’ll realize that it’s not just the bartender who’s on point—it’s everybody in the place. Apparently, Henri never got the message that the style for service these days is as much about the eater fawning over the restaurant as it is the other way around.

These old-school touches also extend to the menu, where the effect is more hit or miss. As if to prove he can do more than pub grub, chef Dirk Flanigan has created a menu that reaches deep into the history of fine dining, a menu that hearkens to an era when rich was always a compliment. A duck consommé with duck-filled agnolotti had a consistent savoriness to it and plenty of texture: thin broth, toothsome pasta, crunchy julienned squash at the bottom of the bowl. But an acidic element to break it all up would have been welcome. Likewise, steak tartare, served with potato chips, has been smoked, and that smoke is a nice touch. But it was the occasional briny bite of caper that pulled the tartare together. I wish there had been a little bit more of that, as some bites were uniformly, boringly beefy.

Somewhere in Henri’s kitchen there’s a stone oven, and from that comes a chicken. The breast is whole, with an impeccably golden skin; the dark meat is served alongside, tossed in a dark, meaty sauce, fricassee-style. The third element on the plate is a vegetable tart, in which the vegetables unfortunately taste as if they’ve only barely been cooked. Besides that tart, it’s a very fine dish, propelled by the jus on the plate to a decadent place that chicken rarely goes. And yet this dish is still not even half as decadent as what will become—or at least should become—Flannigan’s signature: tender ribbons of housemade pappardelle topped with perfectly sweet morsels of lobster and meaty chunks of lobster mushrooms. This dish is also just slightly unbalanced, veering dangerously close to being heavy. But it won’t, and shouldn’t, stop you from eating the whole thing.

The one holdover from a classier fine-dining era that will finally give you pause may be the prices. At dinner, they can be forgiven— something about the glow of the room, the perfection of the service and the care put into the food seems worth paying for. But at lunch, where the salads are gorgeous but ultimately just salads, and the pissadeliere is ultimately just pizza (and somewhat underwhelming pizza at that), the prices seem out of touch with the economic climate. One appetizer, two salads, one entrée and two iced teas set me back almost $100. It was the one and only time I wished Henri had been a little more in touch with the now. 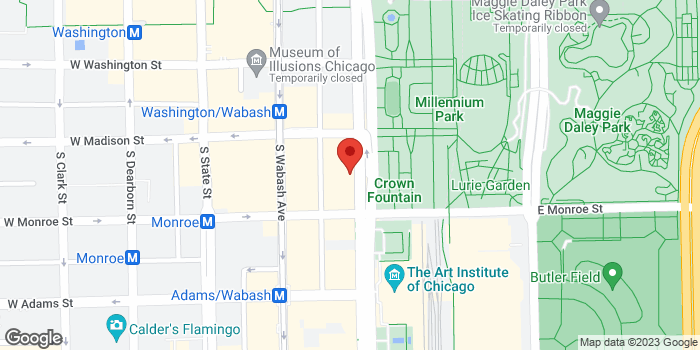