Restaurants, Thai Edgewater
3 out of 5 stars 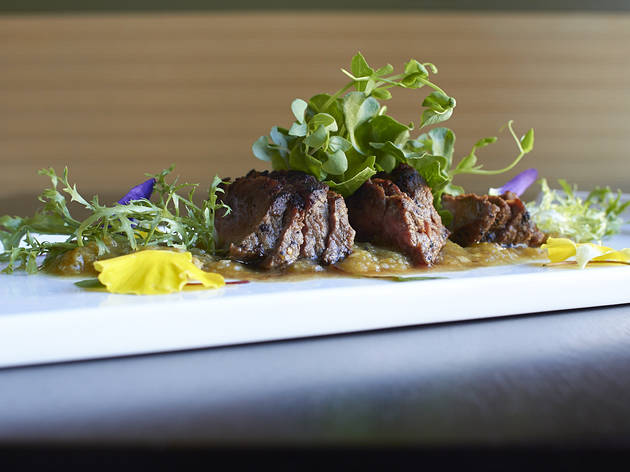 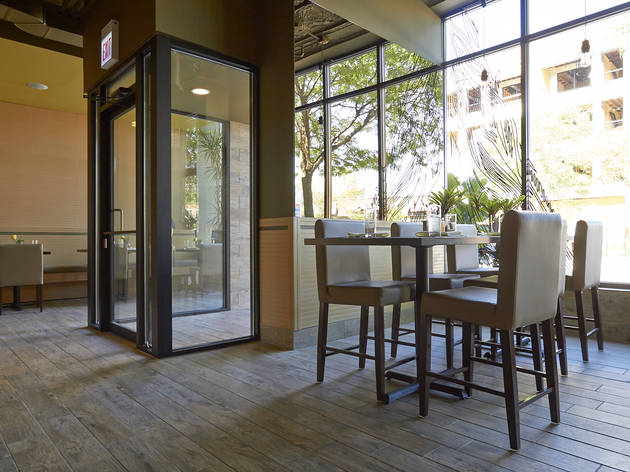 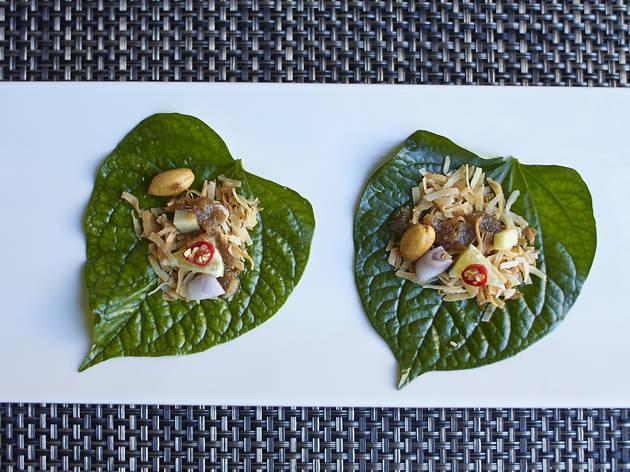 3/10
Jason LittleHerb, a new Thai restaurant in Edgewater, serves a one-bite salad for an amuse bouche. 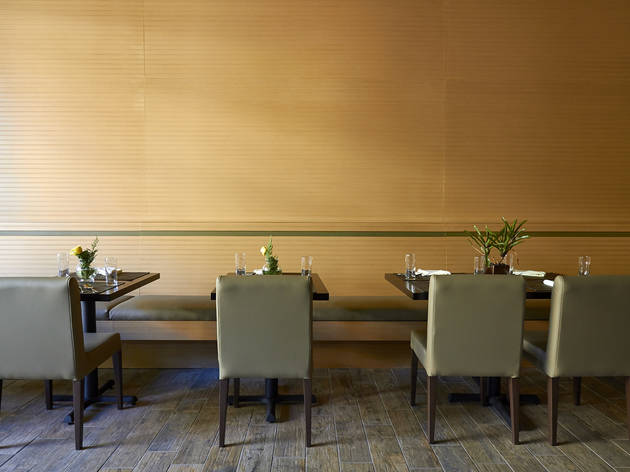 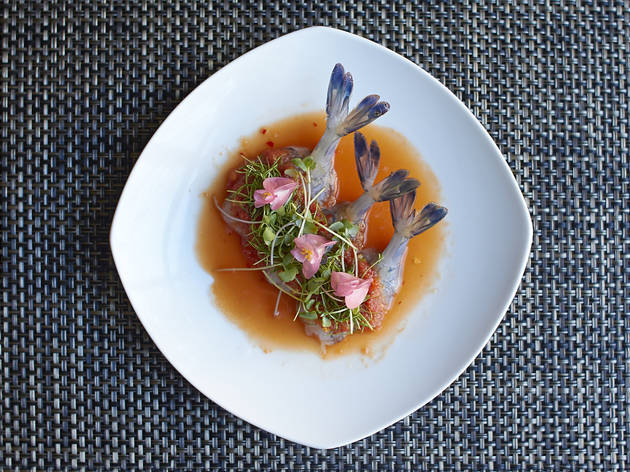 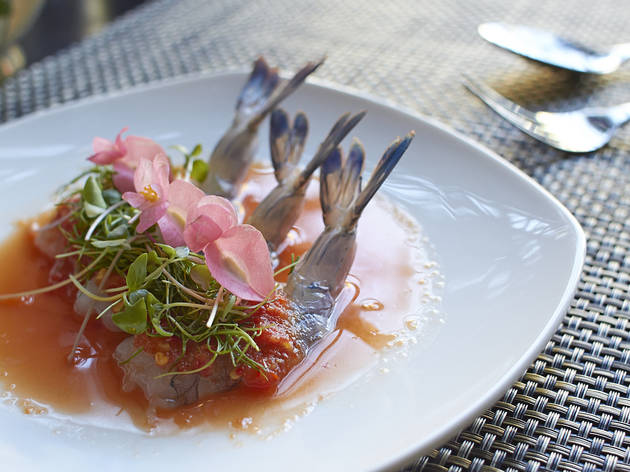 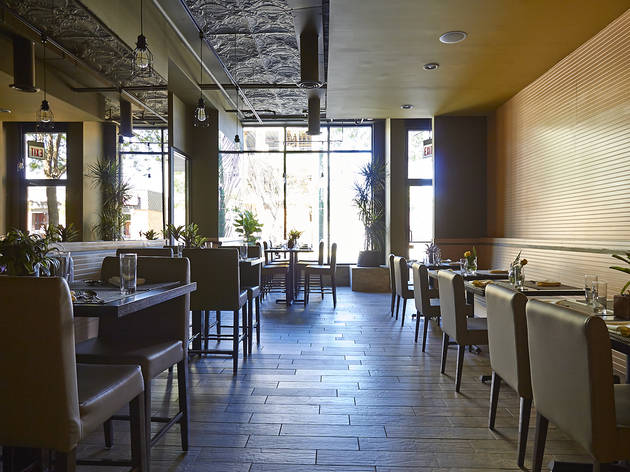 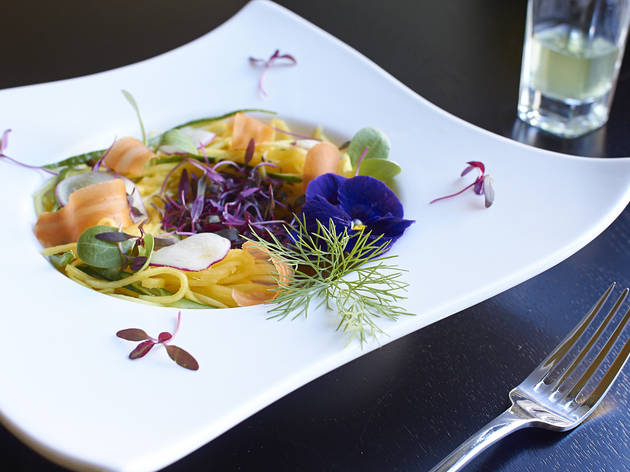 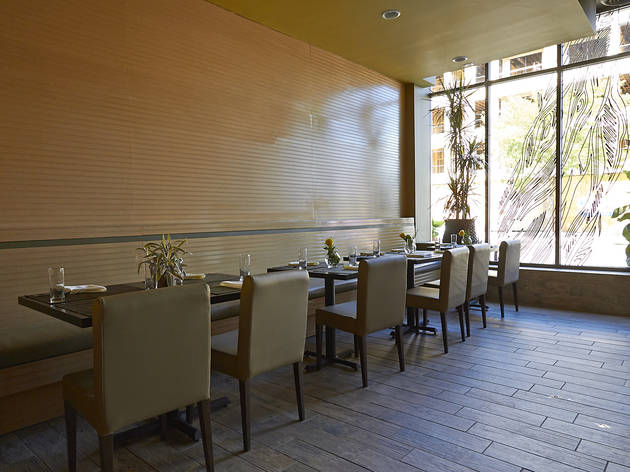 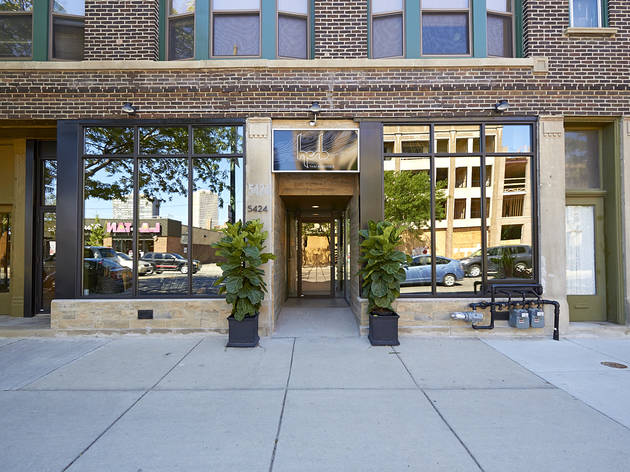 These are the ways Herb is like many other Thai restaurants around Chicago: There are typical Thai ingredients, like peanut, kaffir and galangal. And it’s BYOB.

That’s about it. Everything else about Herb, a new Edgewater spot from owner/chef Patty Neumson and chef Kee Chan, is striving to set itself apart from the pack. For starters, it’s more upscale: The two dining rooms are sleekly designed, and instead of pad Thai, there are two prix fixe options. Three courses cost $35 and six are $55 (until recently, it was five courses for the same price), although you can also order a la carte. The amuse bouche, a one-bite salad, is elaborately constructed tableside. The menus will change each season. Servers pour cucumber water.

Servers also constantly point out the ways Herb tries to set itself apart, like how the chef is very concerned about making dishes healthier, but many of them are exactly what you’d find at other Thai restaurants. One such dish is the one-bite salad, a betel leaf topped with coconut, ginger, peanuts, chilies and other ingredients. When the server presented us each with two leaves, he asked us if we’d ever had anything like it before. Try the one at Spoon Thai, served on lettuce leaves. The dish may be ubiquitous, but it’s also delicious. Wrap it up and pop it in your mouth—it’s a multi-textured bite that hits every taste, and you’ll wish you had more than two.

The menu is divided into starters, soups, entrees and dessert, and if you select the three-course prix fixe, as we did, you pick a starter, a soup and an entrée. It’s not hard to decide what to order, because the menu has just three starters, two soups and five entrees. It's a short list that’s refreshing in the current era of menus that resemble a Russian novel. We liked both starters, the Asian winged bean salad, a spicy yet refreshing mix of tomatoes, scallops and herbs, and blue shrimp, which are fresh and buttery with beautiful iridescent blue tales. They’re served raw with intensely spicy bird’s eye chili sauce piled on top.

For the next course, our server steered me away from ordering the prawn soup, a clear broth stuffed with tomatoes, okra, mushrooms and a lot of herbs, since he thought it would be too spicy following the shrimp. So my friend ordered it. The broth was completely flat, but the mushroom soup had a rich and sumptuous chartreuse-colored broth made with coconut and turmeric. The entrees were a letdown, since the smoked fish curry with beans, squash and eggplant was dominated by smoke, and the duck breast with chili and plum sauces was overdone and had a vague mystery meat quality.

After our entrees, we were presented with a piece of mango on a skewer and rambutan, a hairy red lychee-like fruit. It was a welcome sweet bite, since our server unceremoniously deposited the check on the table after clearing our entrees without ever offering dessert.

That brings me to the biggest issue at Herb. On the whole the food is good, it’s a comfortable space and $35 is an affordable prix fixe, but the service is a problem. We were the first table to arrive for dinner that night, and service was smothering, with someone coming over constantly to check on us. As the dining room filled up, our server went MIA and we sat for more than 15 minutes with finished plates in front of us.

And every single time a plate was placed in front of us, our server provided elaborate instructions on how to eat it. The shrimp: “Put your fork in the back and push it onto the spoon and eat it all in one bite since you need the herbs to cool the sauce.” The smoked fish curry: “You eat it just like a curry... You can either put the rice in the bowl with it or go back and forth…” He went on, but I stopped listening. Between the amuse bouche, the service and the emphasis on being different, Herb needs to stop trying so hard and just let the food speak for itself.