West Town has catapulted itself into one of the city’s finest dining neighborhoods, thanks in no small part to this Korean-American kitchen.

Jeong’s salmon tartare arrived as a beautiful, pearlescent coral disk piped with tangy crème fraîche and sprinkled with toasted rice spheres. A smear of yuzu-doenjang gastrique imbued the lush fish with a murmur of umami and bright citrus. As I went in for more, I briefly time traveled back to 2010, where, as an impressionable culinary student in the very same building, I had another life-changing meal at Shawn McClain’s veg-forward Green Zebra.

Back then, it was crispy rutabaga dumplings and smoked salsify risotto that opened my eyes to the promise of upscale plant-based eating in an era that embraced carnivorous menus. Now it was chef Dave Park’s harmonious crudo and nostalgic, schmaltz-toasted tteokbokki that had me exhilarated by this moment for Korean-American cooking.

My date and I walked in on a weeknight just after opening to sneak in a meal before the booked-solid night’s first round of reservations. Soft natural light passed through frosted panels in the casual-chic dining room, awash in soothing grays and warm wood. Tran circulated as tables slowly filled, permeating the room with the ease of a host welcoming friends into her home.

My gochujang cocktail was a zesty gin gimlet analog bursting with calamansi and lime and spiced with gochujang syrup. For the rest of the meal, we sipped soft, grassy junmai ginjo sake—a lovely partner to the tangy, sweet flavors at play.

In the visually striking tteokbokki, Park retools the stir-fried rice cakes he snacked on after school as a kid in Korea. He toasts the glutinous cylinders in schmaltz before slicking them in sweet, anchovy-tinged gochujang and arranging them with fermented mustard seeds atop charred cabbage in a pool of more chili sauce. Delighting at the rice cakes’ bouncy chew, I was five again as I dragged them through sweet, barbeque-like sauce that mingled with quintessential Jewish-deli flavors on my tongue.

Vintage Americana assumes equally whimsical form in Park’s duck confit. The rich, gamey leg meat is rendered in its fat, pressed and seared into a posh meatloaf that’s doused with gochujang-duck gravy and rests on a puddle of sweet squash purée that looks and tastes like velvet sunshine.

As the time to surrender our table drew near, the tapioca pudding convinced us to linger over a few final bites. The toothsome pearls thickened in cinnamon- and ginger-scented cream carried the warming spices and resiny nuttiness of pine nut sponge candy like a comforting memory I hadn’t yet formed. I less-than-politely devoured every bite, wondering what delights awaited my future self on my next visit to Jeong.

What to eat: Chef Dave Park deftly reimagines tastes of his Korean-American upbringing with eye-opening results, like the nostalgic tteokbokki and pork mandu swimming in refreshing cucumber sauce. Pro tip: The salmon tartare lives on the tasting menu, but you can (and must) order it a la carte.

What to drink: Classic cocktails are cleverly rebooted, like the daiquiri-ish Roasted Barley, with aged rum, grapefruit and amaro. Food-friendly wines and sakes are easy to come by; just ask.

Where to sit: Book a few weeks in advance at this buzzy 40-seater. Save for a few coveted roomy window spots, tables are close-knit, making it easy to scope out the entire menu. 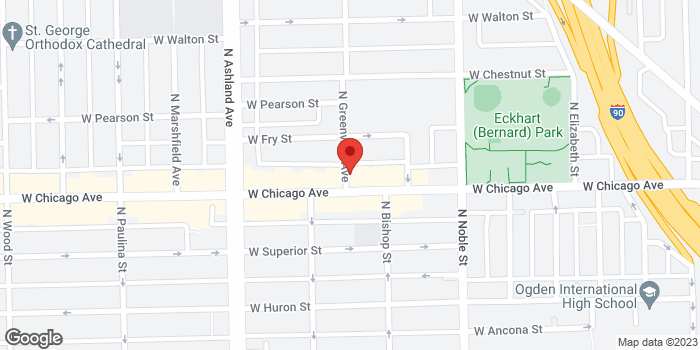