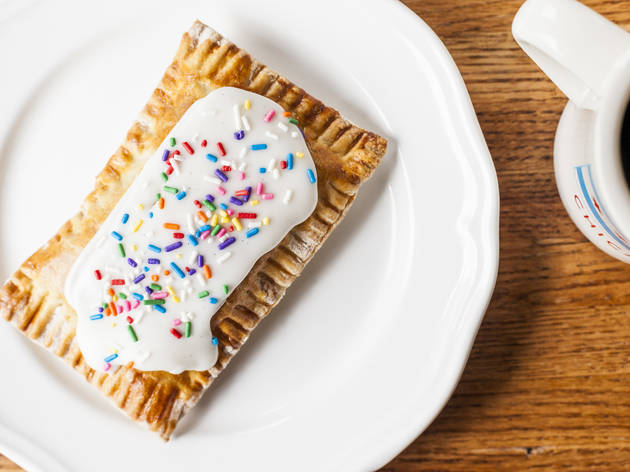 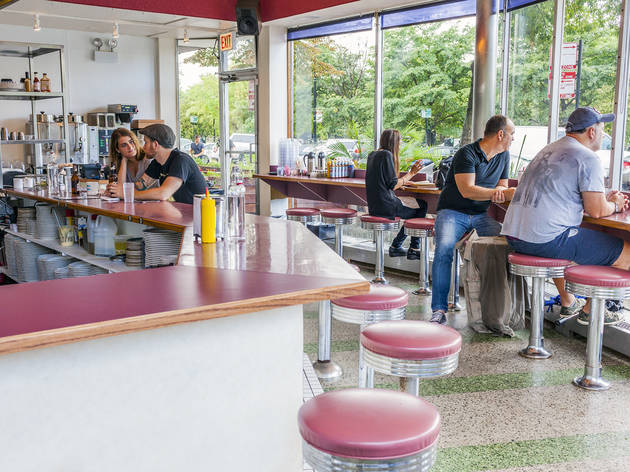 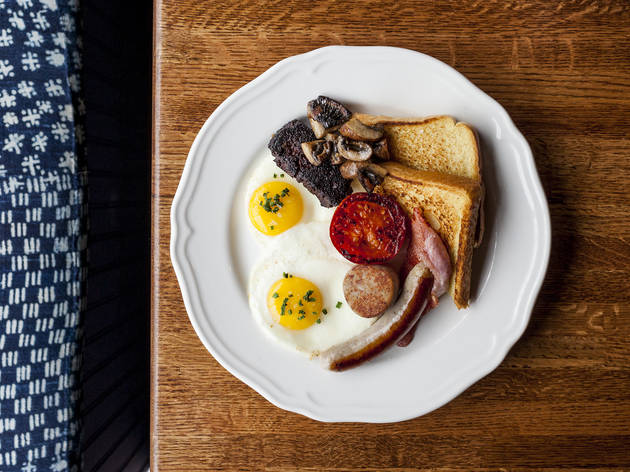 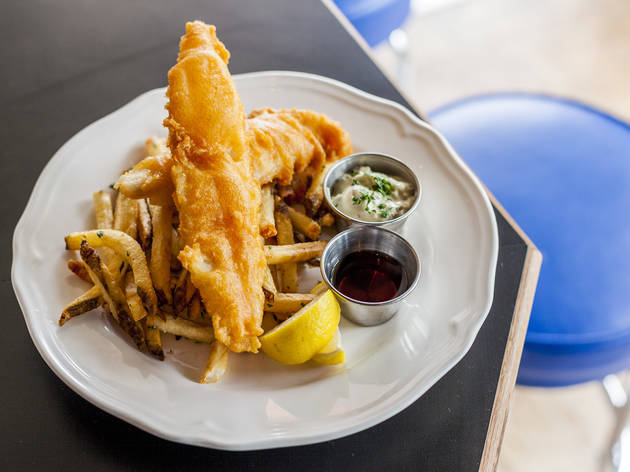 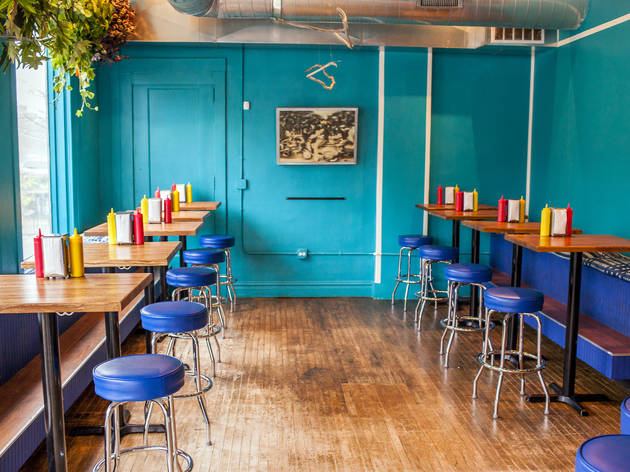 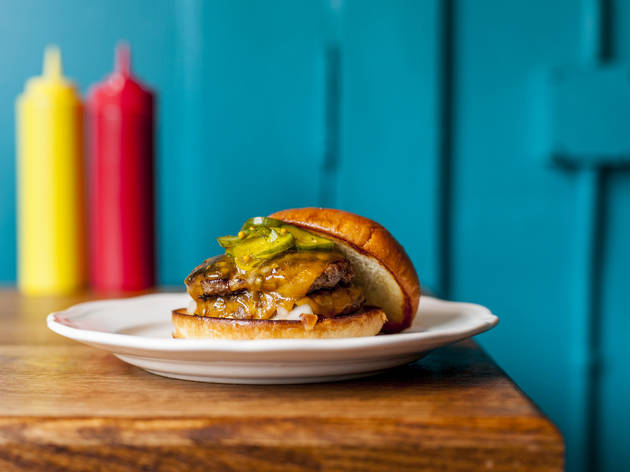 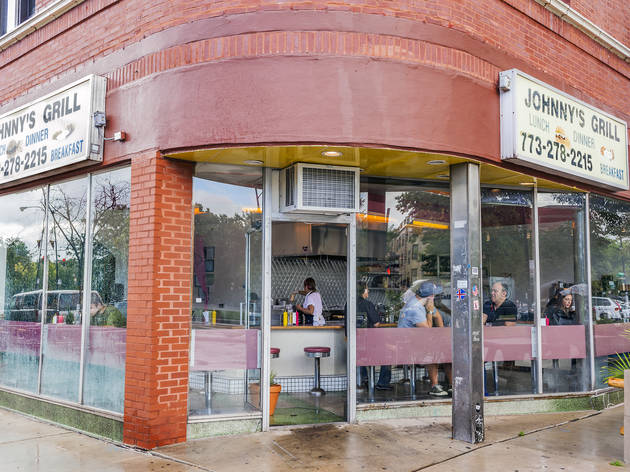 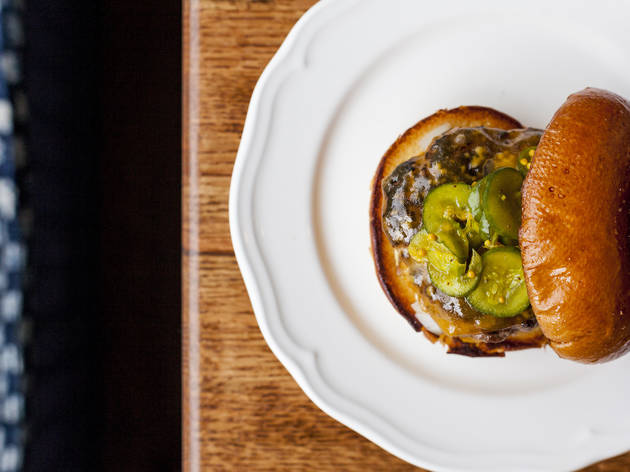 Johnny’s Grill was a fixture at Logan and Kedzie for decades before the landlord didn’t renew the lease in May 2014 and the diner closed abruptly. In August, chef Sarah Jordan (Cicchetti, Boka) stepped in with a refined take on diner fare and a new bar in the old flower shop next door.

Chef-led diners have been surging lately, with restaurants like Dove’s Luncheonette, Au Cheval and Little Goat Diner offering upscale diner-inspired food and drinks in polished spaces. Thanks to actually being in an old diner, Johnny’s feels more authentic. The food, while pricier than the original Johnny’s, tops out at $12, so it’s less expensive than other diner-inspired spots. Aside from a gazpacho and a section of toasts, the menu is more focused on traditional diner foods, like a burger and meatloaf. But how you feel about Johnny’s will come down to whether you frequented the original spot—if you want a super cheap meal without a scene, you’re going to miss that low-key option on the Square. But if you didn’t, you’ll find some things to like at Johnny’s, along with some things that aren’t quite polished yet, like service, which was slow and forgetful over my two visits.

The menu offers all-day breakfast, including a cured-salmon benedict with bright hollandaise and a solid Irish breakfast, with meats from Spencer’s Jolly Posh sharing a plate with a pair of sunny eggs, toast and grilled mushrooms and tomatoes. For lunch and dinner, the double cheeseburger is layered with melted sharp cheddar, pickles and Dijonnaise, but the fish and chips are the clear standout, with a crisp golden batter that adheres perfectly to the flaky fish (an attribute that my fish fry-loving Wisconsinite coworker laments is hard to find in Chicago). Jordan spent a lot of time as a pastry chef but desserts are oddly a letdown—the ice cream is icy instead of creamy, the doughnut is dry and the chocolate pie is overwhelmed with chocolate ice cream instead of the promised vanilla. But you can end the meal on a high note with the charming Pop Tart, filled with blueberry, frosted and dotted with rainbow sprinkles—it’s worth getting no matter which meal you’re having.

Atmosphere: It’s lively all the time, with people eating on the diner side and drinking—and having Friday night dance parties—in the colorful bar.

What to eat: Irish breakfast, fish and chips, Pop Tart.

What to drink: Going the breakfast route? Try the spicy Bloody Maria with an Old Bay rim. The gin and tonic is also a good pick—it’s well balanced and bright with lime. The list of beers by the can and bottle is solid (including a couple $3 cans), while the draft list consists of nearly every Moody Tongue beer.

Where to sit: I’ll always grab a diner stool that places me squarely in the mad rush to slap burgers on the grill, but there’s also patio seating on the busy Square and seats in the bar.