After Juno was damaged in a fire in January, I cursed myself for never going to BK Park and Jason Chan’s Lincoln Park restaurant. I’d had less than a year to do so, and while our original review of the restaurant was a mixed three stars, everything I’d heard from friends shortly before it closed had been glowing. “The sushi,” they said. “Go for the sushi.”

And last week, I finally did. After months of rebuilding and hiring a new chef to handle hot dishes (Sam McDermott, whose Buttermilk Bento delivery service we wrote about in March), Juno reopened in September.

The front space is a bar that serves drinks and a small food menu. On a recent Friday night, there were zero people there, and anyone walking by would think the restaurant was empty. Don’t be deterred—keep going to the rather staid back dining room, which doesn’t have much in the way of ambiance. That doesn't matter—when we arrived, people were packed into tables and the sushi bar, where we snagged the last two seats, in front of the chef whipping up sushi rolls.

And speaking of maki, you’ll want to get some of that, but first, order the chef’s choice sashimi, selected by lauded sushi chef Park and served over ice and adorned with shells and orchids. At $38 for 18 pieces of fish (two each of nine different kinds), I’d be lying if I said I didn’t want to immediately order a second after finishing our first. This fish is pristine, perfectly sliced and was served with Juno’s house soy sauce, a low-sodium soy sauce that the restaurant tweaks to make it deeper and richer. Our sashimi bowl included red snapper, two cuts of fluke, yellowtail and octopus, as well as soy-marinated salmon, a meltingly tender piece of fish. A chef’s choice nigiri is also available for the same price.

While the sashimi and nigiri list is pretty straightforward, there are only cursory (if any) descriptions listed for other items on the menu, so you’ll need to ask your server. There’s a list of cold items, like pickles, crudo and oysters, but skip the oysters—ours weren’t fully cut away from the shell and one had big chunks of shell. The short list of hot items includes chawanmushi, an egg custard that’s served in an eggshell. It was warm and smooth, and comes with corn and rice vinegar meringue. It was more successful than the takoyaki, basically doughnuts filled with octopus nuggets and topped with a drizzle of mayo and dried bonito flakes, one of my favorite Japanese dishes. But here, the octopus was a little too tough, and the dough was undercooked and raw in the middle.

While the sashimi is the clear star, there are several other sushi dishes worth ordering. One is the smoked hamachi, which arrives under a glass dome. When the server lifted the top off, applewood smoke wafted out and we were left with two spoons cradling a lightly smoked piece of fish. The King Juno consisted of tuna wrapped around rice and topped with spicy crab. You get two pieces with each order, and they’re perfectly constructed single bites. The tamago nigiri, a custard-like slice of omelette, looked like bread but was light as can be. The maki chef was making ceviche roll after ceviche roll, so we ordered one—there’s tuna, whitefish, scallions and jalapenos inside, with shrimp, pineapple and cilantro piled on top and lime soy sauce for dipping. While there’s a lot going on here, it’s still mostly fish and it’s far from the mayo-heavy maki you find all over town. Likewise, the spicy tuna roll, which we ordered just to see how Juno would do it, consisted of a thick piece of tuna and scallions, with just enough sriracha and chili oil. It’s an elegant version of an oft-ruined roll.

The desserts change regularly, so I won’t praise the pine ice cream, mango meringue, paw paw cream and umeboshi ice dessert too much, other than to say that if you see pine ice cream in any dessert, get it. The ice cream, which basically tastes like a walk in the winter woods, is reason enough to respond to people who say to go to Juno just for the sushi with: “Yes, the sushi is amazing. But you’ll miss out on other great things if you don’t try anything else.” 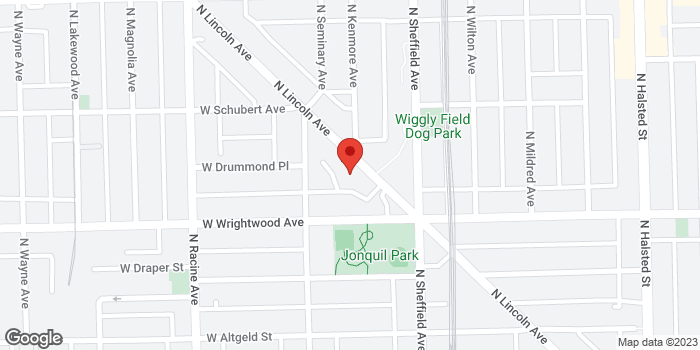