On a recent visit to Kinmont, I overheard two thirtysomething women in the bar discussing their husbands. “He doesn’t give me butterflies,” one woman said. “But he’s a solid, dependable partner.”

That sentiment captures my feelings on the new sustainable seafood restaurant from Element Collective (Old Town Social, Nellcote, Leghorn). If you stick to the more straightforward dishes on chef Duncan Biddulph’s (Lula Café, Rootstock) menu, it feels like a very solid, dependable restaurant. But minor execution issues keep Kinmont from being the kind of restaurant I’m excited about visiting.

Let’s start with the good—the space is cool and lodge-like, with brick and wood-paneled walls, Field & Stream wallpaper and chandeliers. Both the dining room and bar are dark and cozy, and they’re places you want to hole up for awhile. And the drinks aren’t bad, either—try the Bridgetown Milano, a Manhattan doctored up with falernum and Fernet-Branca, or the Sage Smash, which is packed with sage, so steer clear if that’s not your favorite herb. There’s also a small, locally focused beer list, including Off Color Brewing’s excellent Troublesome, a refreshing, coriander-laced beer.

The menus double as paper placements, with drinks on one side and food on the other. Here’s an easy rule for deciding what to order: Stick to the left side of the menu and the boxed sections. The left side consists of raw and chilled seafood, like a variety of East and West Coast oysters, which are very clean and served with hot sauce and Saltines; shrimp cocktail with a horseradishy cocktail sauce and zippy mustard aioli; sweet bay scallop crudo with grapefruit, strands of candied ginger and sliced fresno chiles; and folds of smoked lake trout set atop a smear of Zingerman’s cream cheese with diced onion, chives, cucumber and “everything crumble,” a play on bagels and lox. The boxes include elaborate seafood towers and the catch of the day, simple fish preparations like a lovely piece of trout, with olive oil, lemon and parsley. It’s as basic as can be, but also perfectly done and delicious.

Things look good on the baking, side too—the Parker House rolls, served four to an order in an adorable pan, were soft and buttery, and a steal at $2 (though I so wish they had been served warm. Ditto for the apple pie, which comes with cheddar caramel. If that dish were warm, it would be the greatest thing on the menu).

At one dinner, I stuck only to these kinds of dishes (due in part to gentle suggestions from the server) and left totally satisfied. On another visit, the oysters and catch of the day were the clear standouts, and venturing into other sections of the menu illustrated the inconsistency in the kitchen. A bowl of fish chowder was overly salty. On the other end of the spectrum was the crab gratin, a bland dish of crabmeat and cheddar. The squid ink spaghetti, tossed with shrimp, chile and mint, was underdone. And a poor Lake Superior whitefish ended its existence wrapped in a thick, soggy coating as part of fish and chips.

Kinmont deserves props for its strong focus on sustainability and, as a result, menu items and preparations will change regularly to reflect what’s available and in season. I hope that when changes are made, the kitchen focuses on the raw dishes and simple preparations it excels at. Maybe then Kinmont will become the kind of restaurant that gives diners butterflies. 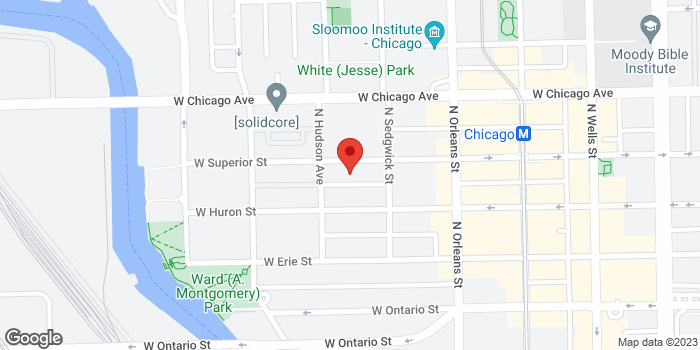