Like good-fitting denim and a red lip, Le Sud walks the line of elegance and ease, with craveable Provencal-inspired dishes matched by classic sips with a twist

The Chicago restaurant scene is in the midst of an especially giddy moment: Like the flurry of critically acclaimed movies that descend on the box office just before awards season, a horde of exciting new eateries has cropped up in the last few months. The only downside, of course, is that each newcomer never seems to get its due before the next shiny opening thwarts our attention.

Give yourself ample time to drink in the butter-bathed Provencal fare and compulsory charm of Roscoe Village newbie Le Sud. Executive chef Ryan Brosseau (Table, Donkey & Stick) livens up southern French classics with the same modern essentialist approach I love so much at TDS. Under the discerning eye of beverage director/sommelier/nice-ass guy Terry McNeese (De Quay), timeless cocktails get clever upgrades while wines from untapped regions lie in wait among the highlight reel of French bubbles and reds.

Clearly the neighborhood was anticipating this opening just as eagerly as I, because the main-floor dining room and bar were already brimming when my husband and I arrived well before 6pm on a Saturday since we’d been unable to book a table. The tin-print ceiling, cheery yellow and red tones and antique French hutches lend lived-in warmth to the polished room. The hostess suggested we grab a seat in the still-vacant upstairs bar. As we ascended the stairs, I made a mental note to next time nab a seat in the intimate front dining room, with plush blue banquettes and marble tabletops set aglow by street lights shining on the wet pavement outside.

The low-lit second floor delivered more provincial whimsy, via distressed barn-wood communal tables inlaid with painted tiles. We bellied up to the white marble bar to peruse the four-part menu (shareables, apps, mains and dessert), while I fumbled fruitlessly for a purse hook.

Sweet roasted carrots bathed in glossy, citrus-scented olive oil dotted with sunflower seeds, becoming more flavorful as they cooled in their fragrant sauce. The ubiquity of phoned-in octopus-and-potato dishes admittedly has me teetering on the edge of octopus-averse, but Le Sud’s seared version yanked me a few paces back from the brink. Silken clouds of butter mashed potatoes housed meaty charred tentacle sections and spicy radish slices—all soaking in a hedonistic pool of red wine and bone marrow sauce that imbued each bite with savory umami.

Entree-wise, we were hard-pressed to resist the bistro classics, particularly knowing that Le Sud’s very vocal dedication to humane sourcing would likely manifest in richly marbled, flavorful meat. Lavender-honey glaze lent sweetly floral sheen to my crispy-skinned duck—its sausage-like pungency turbocharged by the anise notes of roasted and pickled fennel. My husband’s carnal bavette steak arrived with a perfectly rare center encased in a charred edge rounded by nutty brown butter, alongside thick golden fries. A few were over-fried bordering on chewy, but the rest shattered in my mouth like flaky pie crust to reveal creamy centers.

When we asked for wine suggestions, McNeese poured us each two reds to compare side by side, one classic and one lesser known. The simple act engaged and empowered us in the selection process, something I wish more somms would do. (Incidentally, we both sheepishly chose the classic French wines.)

We ended on a sliver of nutty Basque cake with a cookie-like texture, lightened by a thin layer of citrusy custard. Our server (a De Quay vet like several of the staff, turns out) nudged us toward an almondy madeira whose raisiny sweetness heightened the cake’s subtle fruit and nut notes. A forehead-smackingly simple pairing that nonetheless charmed me like rest of the meal, though by this point my red lip had all but smeared off.

What to eat: Housemade breads and oft-changing charcuterie (from rillettes to smoked scallops) make ideal starters. Escargot fiends will appreciate the deconstructed, wood-grilled version, and purists will revel in flavorful bistro staples like duck and bouillabaisse. Don’t skip the thoughtful seasonal veggies.

What to drink: Refreshing twists on classic cocktails include the Moscow Mule-riffing Floraison scented with framboise and lavender as well as a nutty-sweet variation on the Up to Date with rye whiskey, oloroso sherry, honey and Pineau (a French aperitif). Or ask for a wine suggestion from the food-friendly list.

Where to sit: Reservations are strongly encouraged, though early walk-ins should find vacant cafe tables or bar stools in the main floor or upstairs bar. Request a banquette in the sultry front dining room for the ideal date night. A sprawling, four-seasons rooftop patio will debut in summer 2019. 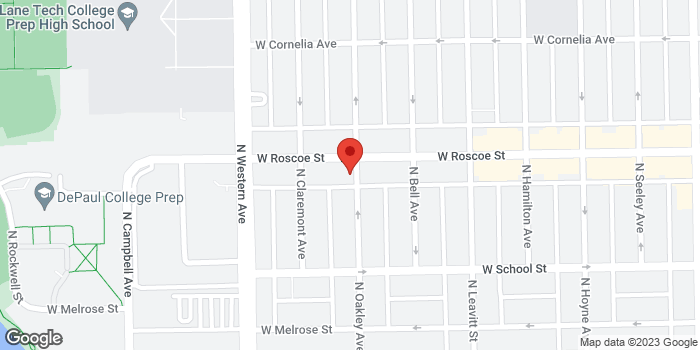