Rick Bayless’s newest restaurant impresses with a menu that highlights a raw bar and open-flame cooking.

There’s nothing quite like the smell of something being cooked over a fire. If you’ve walked by Leña Brava, you know that smell has been turning heads since the restaurant opened. Something about the nostalgia of camping and cooking over an open flame, meats dripping with grease and fats just gets me, and had me eyeing everything on the “fire” section of Rick Bayless’s newest Randolph Street restaurant.

Leña Brava (which translates to “ferocious wood”) has two sections on its menu, fire and ice, the former consisting of dishes cooked over open flame or in a wood-burning oven and the latter being a raw bar. A quick glance at the menu makes it easy to fall in love—all the aguachiles and ceviches sound so delicious that it’s hard to pick just one, and the same goes for the fire portion with oven and hearth dishes that are a perfect contrast to the first half of the menu. But I’ll make this easy for you—get the braised shortrib and the verde ceviche. The shortrib is hearty and warm, with Oaxacan pasilla salsa that floods the plate over a buttery cauliflower mash. The ceviche, on the other hand, is bright and acidic, with baja hiramasa yellowtail, green chile adobo and a variety of vegetables like cucumber and radishes. A word to the wise: You’ll want to pick either an aguachile or a ceviche, but steer away from ordering one of each if you have a small party. While delicious, they’re highly acidic and can take a toll on the taste buds.

The restaurant continues to hit high notes with its service, with a staff that is very well-versed on the menu with suggestions and ample answers to questions you may have. The servers are attentive too, with dishes arriving at a good pace, so as not to overwhelm. The table, however, may become an issue—the two-tops are small and the dishes can often take up large amounts of space, leaving little room to maneuver around the entrees (especially considering these dishes are set for sharing). Space gets even more cramped at the tables lining the main dining room—they’re pushed quite tightly together, leaving little to the imagination for your neighbors.

One you’ve finished your entree, don’t overlook dessert—we were fans of the free-form wood-oven tart, a galette stuffed with raspberries and apples and topped with caramel and a smoked vanilla ice cream. It’s a fitting ending to your meal, contrasting cold with heat, all in one dish.

Leña Brava excites with dish after delicious dish and knowledgeable service. If only the two-tops were a bit bigger, then everything would just be perfect. Regardless of table space, I’m still planning my next trip to get my hands on more of the creamy cauliflower mash and to try additional aguachiles and ceviches. I’m also looking forward to sitting in a room filled with the smell of a wood-burning grill again, especially as sweater weather sets in and the “fire” portion of Leña Brava becomes even more appealing.

Atmosphere: The space is warm and modern, with wood-topped tables and pops of brick red everywhere. There’s beach music playing, giving it a laid-back vibe—but when the place fills up, you’ll hear everyone around you.

What to eat: You can’t go wrong with the ceviches or aguachiles, but the shortrib is tops.

What to drink: The cocktails are pretty, but grab a glass of wine to pair with dinner and you’ll be perfectly happy. They’re separated—much like the food menu—by fire and ice, with a separate section for wines from the Guadalupe Valley. There’s also a wide selection of tequilas and mescals, so you can jump on that trend as well. In the mood for a beer? There’s one on the menu from Cruz Blanca, Bayless’s new brewery next door, as well as Bayless’s Constellation Brands collaboration Tocayo, but you might just want to plan a pit stop at Cruz Blanca for after dinner drinks.

Where to sit: Going with a larger group will sit you at one of the larger tables in the middle of the dining room, which is ideal given the size of the plates. If at all possible, avoid the outside two-tops with a booth on one side—they’re a little too cramped. 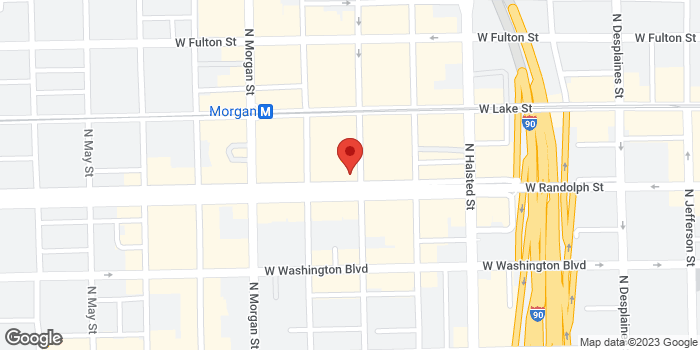