I don’t think of red carpeting when I think of diners. I don’t like to think of carpeting when it comes to any restaurant, really, but I especially don’t think of carpeted diners. Nor do I associate diners with anything from the era that plush red carpeting comes from (that’s the ’70s). When I walked into Little Goat and saw that carpet, and the golden vintage wallpaper, and the wood booths, I thought it reflected the spirit not of the chrome diner of “Nighthawks,” but of the 24-hour, family-friendly, breakfast-all-day restaurants where teenagers perfect their angst. Think Perkins/Denny’s/Waffle House. The fact that on each visit to Little Goat I found myself surrounded by young families and their babies only fed into this.

But, of course, I purposely showed up at Little Goat at odd hours in an attempt to miss the crowds, which a 5:30pm arrival just barely does (by 6:30pm, you’re probably in for a wait). Stephanie Izard draws crowds no matter what she does (I recently received a press release from a dental association claiming dentists voted Izard as the Chicago chef with the best smile, proving the woman need not do anything but flash her teeth to get attention), but the idea of a Stephanie Izard diner is particularly enticing. Because the sad truth nobody wants to admit about diners is diners are not very good. You can romanticize them all you want (and God knows chefs in this town love to point to Diner Grill as their favorite spot), but all that romance gets you are pancakes of concrete, burgers of frightening origins and ice water in yellow glasses that used to be clear. Which is why a Stephanie Izard diner appeals—she’s an insurance policy, a promise that this diner will be better.

So to eat at Little Goat and find that some of the food has been left true—overly true—to the diner food that inspires it is disheartening and very unappetizing. The pitfalls are all over the menu: lifeless mashed potatoes that quickly dry into hard clumps on the plate. Limp fries wilting under bland goat chili. An uninspired plate of trout and an overcooked plate of shrimp, exhibit A and exhibit B in the case against ordering diner seafood.

By the way, those shrimp were wrapped in somen noodles, then (over)fried and placed in lettuce cups that came to my table black around the edges and plastered to the plate as if with glue. Our server told us to use the lettuce to pick up the shrimp, so I did, peeling a piece off and taking one awful, chewy bite. Later, the server came around and said, “Wow, your lettuce looks really disgusting,” before bringing out replacement cups. But the damage was done, and, besides, even crisp lettuce couldn’t save these shrimp. This was the same lunch where I had to order three different beers before finding one Little Goat had in stock, and even that one came in a half-full glass. “It’s all we have left,” the server said. It wasn’t her fault; the kitchen was all out of the housemade soda that day, too. And also regular cream soda. Our poor server was just the messenger, and she seemed as bewildered as I was that a BOKA Group restaurant could operate in such a disorganized way. It’s not how it usually does things. It’s not even how Denny’s does things.

Needless to say, my disappointment with Little Goat runs deep.

But there were wonderful moments at Little Goat, times when I knew I was eating at a Stephanie Izard restaurant. One came at breakfast, when sun poured into the space and transformed it from a cartoonish replica into the most pleasant room on Randolph Street. That morning, I ate a paratha breakfast burrito garnished with a salad of avocado, beans, sliced chilies and some frisée—a classic Izard flourish that shows how deftly she can finesse a dish with bright, vibrant flavors. I supplemented that with a gingerbread muffin from Little Goat Bread, the connected but separate business that traffics in baked goods, sandwiches, salads and soups. Everything I’ve had from LGB has been a success, this gem of a muffin included. Nothing, though, was better than the Americano that came from LGB’s coffee bar: It tasted like dark chocolate. It’s the best Americano I’ve ever had.

Another fine moment: the classic cheeseburger, which tastes like a Big Mac would if a Big Mac had good beef, crisp lettuce, crunchy onions, etc. Another one: the “fork pork chop,” a massively tender cut of pork shoulder that flakes apart underneath a piquant relish of kimchi and cauliflower. Another one: the fried chicken, a crunchy, salty, juicy pile of legs and thighs. The only problem with that plate of chicken was the standard-issue coleslaw, which was not only pedestrian but also scooped directly onto the hot plate, unlike diners everywhere, where it is plated in a separate bowl to keep it cool. There are so many diner traditions that Little Goat should let go of; here, finally, was one I wish it had embraced. 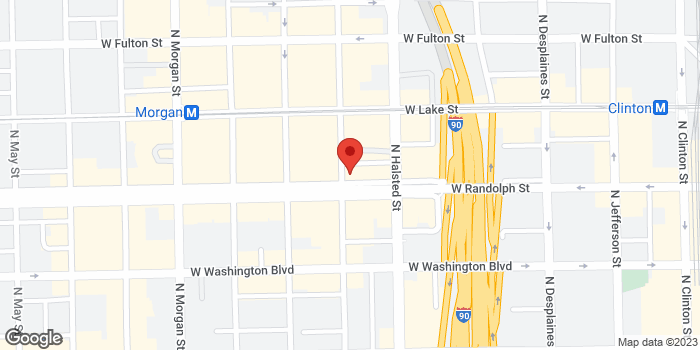