There’s a reason Lula has been a Chicago staple for more than two decades. Chef-owner Jason Hammel and his team present dishes made with the freshest seasonal ingredients, and it shows—from pastries to turkey sandwiches to roast chicken, everything you'll eat here tastes like it's been thoroughly iterated and perfected.

The following review was published in 2011.

There are a million steaks in this world, and not one quite like Lula's. Slices of flat-iron pattern a plate, semolina gnocchi tucked here and there. It is not steakhouse food. And it is definitely not that strange genre of Italian steakhouse food. This is a steak strewn with kimchi whose heat and crunch is compulsive. Specks of fried sardine pop with brininess, riffing on the fermented cabbage’s funk.

It sounds strange, doesn’t it? It’s anything but. Aesthetically, it’s striking. Technically, it’s accomplished. It’s a dish that is very much of its parts: the high quality, consciously sourced, thoughtfully prepared beef; the rustic housemade pasta; the commitment to canning (kimchi); the penchant for small, sustainable fish (sardines). These are the traits that, for more than a decade, one has come to describe as being soLula. But this steak is more than that. It’s a dish that, in its inspired flavor combinations, is greater even than the sum of its very great parts.

And it’s not just the steak. On recent visits to Lula, dish after dish pushed the envelope from interesting to exciting. I had a bite that combined sweet-potato puree, black lentils and candied peanuts, and I was left with nothing else to say except, in awe, “Peanuts!” Multiple times. If food can be genius, that flavor combination—it was the accompaniment to roasted pork loin, by the way—is Stephen Hawking. Surprises like this turned dishes from familiar to wondrous, whether it was cocoa nibs injecting soft notes of bitterness into a squash soup or sesame brittle breaking the mold of a pumpkin-apple salad with unexpected crunch.

These dishes were captivating flavor-wise. Others were marvelous just to look at, in a way similar to the plates at Blackbird or L2O. But Lula is not really like Blackbird and L2O: It’s in the world of neighborhood restaurants whose appetizers are 10 bucks and entrées 20. And in this landscape, the ambition and finesse of Lula’s food truly puts it in a league of its own. Take, for instance, the evocative plating of bay scallops, each little guy adorned with its own mint leaf, little orbs of baby brussels sprouts and beets dotting the plate like a magically earthy ocean floor.

These dishes are at home in the expanded, renovated space, which transformed the cramped entry and bar area into an expansive, light-filled room, the defining feature of which is a gorgeous marble bar. In the back of the new space is a kitchen for pastry chef Kate Neumann, whose desserts are, for better and for worse, all over the board, from an inviting warm chocolate torte to a phenomenal bourbon bread pudding to an off-putting pumpkin custard topped with rock-hard cubes of…well, I’m not sure what since in the interest of not breaking a tooth I decided to stop trying to eat them. Next door, the dining room retains the casual, worn vibe of a Logan Square coffee shop, but it’s currently displaying two striking large-format photos that make it feel closer to a gallery.

What’s interesting is that while Lula’s food and Lula qua Lula are certainly lovely, neither is especially precious. The butter-braised chanterelles, stacked with housemade crackers, are simply the richest, most indulgent way one could consider cooking and eating mushrooms. And if all you want is a big portion of perfectly roasted chicken, there’s the long-standing café menu, where staples like the pasta “yiayia” ($12), chickpea tagine ($9) and beet bruschetta ($10) all remain. Hence what also remains is one of Lula’s most unusual attributes: Someone can go here and have dinner for $20. Someone can go here and have dinner for $100. These someones could even do this while sitting at the same table, and no one would bat an eye.

However, perhaps as a ramification of this fact, the service on my recent visits felt more in line with a casual café than a midscale dining destination. I ordered the six-course vegetarian tasting menu, and a few of the dishes were simply set down with no mention of what they were. As far as tasting menus go, it’s also a very low-key one (and a very well-priced one at $45). It’s more a succession of dishes that happen to be meat-free (mine went salad, soup, appetizer, risotto, cheese plate, dessert) rather than a comprehensive “tasting” with an amuse-bouche or what have you.

Then again, on any given night, it could be completely different. And that flat-iron steak? By the time you read this, it may not even be on the menu anymore. There are so many restaurants in Chicago that bill themselves as farm-to-table, and there are simply so few who approach this notion with as much diligence and ingenuity as Lula (and its sibling restaurant, Nightwood). It’s enough to give you the impression that if, even for a moment, this restaurant stopped evolving, it would no longer be Lula. 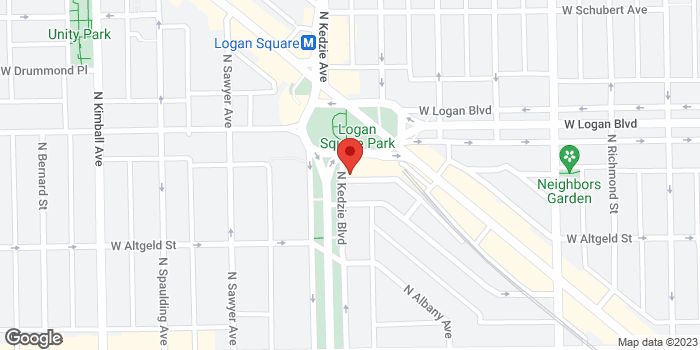