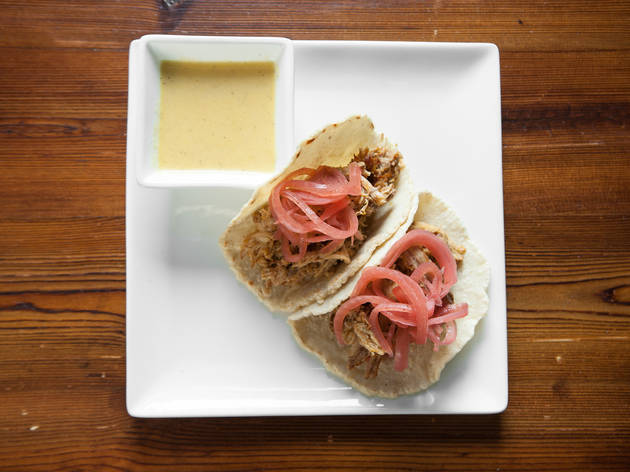 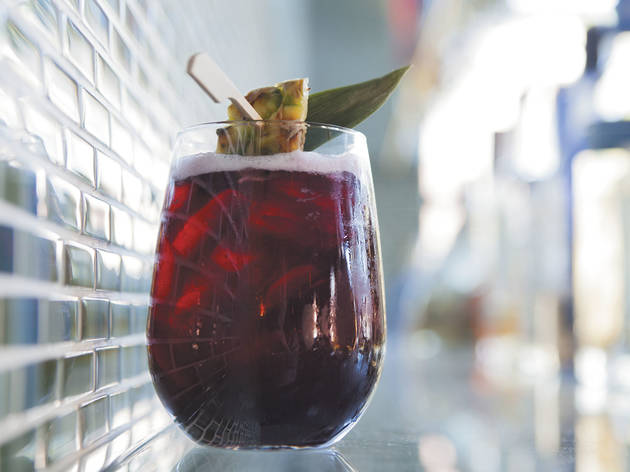 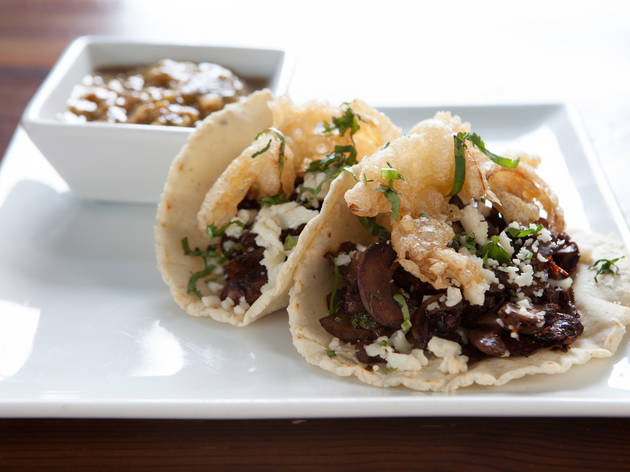 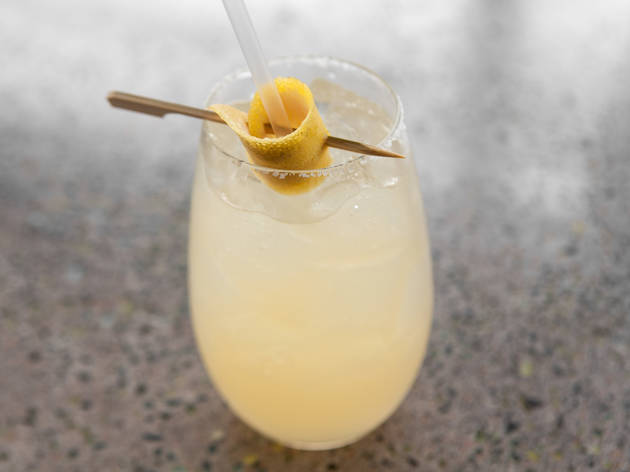 The wait for a table of four on a recent Saturday night at Masa Azul was two hours. My surprise at this was minimal in comparison to the host staff’s, which seemed baffled by the number of people who had called for reservations—and by how long those people were staying at their tables. What was up?

Tequila. As much space on Masa Azul’s menu is devoted to the spirit as to the food, and under partner (and self-professed “tequila geek”) Jason Lerner, the bar turns out a dozen cocktails, from an off-balance Aviation that replaces gin with Don Fulano blanco tequila to the Smoke and Mirrors, a drink that wields mescal like a sledgehammer. These cocktails need some work, but no one will call them weak, and specials like a fruity-smoky Corazon margarita with a mescal float suggest there’s a lot more promising stuff where those cocktails came from.

Like the drinks, the menu of Southwestern-inspired dishes from chef Alvaro Chavez shows more potential than payoff: On the plus side, corn bread–stuffed quail gets a sweet-spicy flavor kick from a honey-jalapeño glaze; pork tenderloin is surprisingly juicy; and the potato cake that accompanies quite a few of the entrées is a cheesy, robust thing you’d have to hate yourself not to enjoy.

Not everything is as easy to like, from the dated protein-starch-vegetable arrangement of the entrées (and the fact that in the case of chili-rubbed trout, the vegetable part was plain, understeamed broccoli) to some lackluster execution, such as fried artichoke hearts whose coating was soft, ceviche whose shrimp were chewy and a peanut-butter pot de crème whose texture was as runny as melted chocolate.

Then again, if you’re drinking an appropriately excessive amount of tequila, chances are you’ll pour that pot de crème on yourself before you complain.