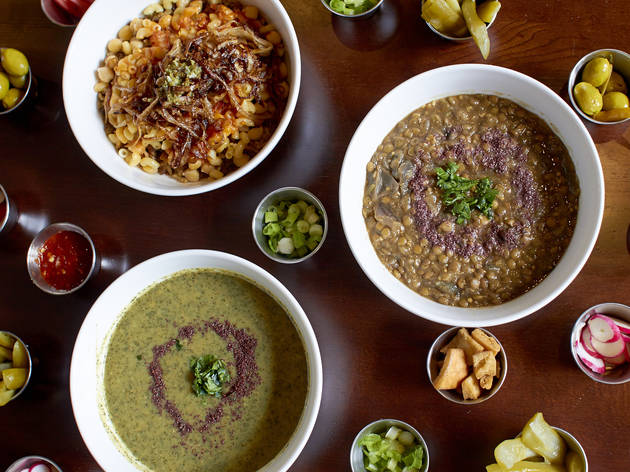 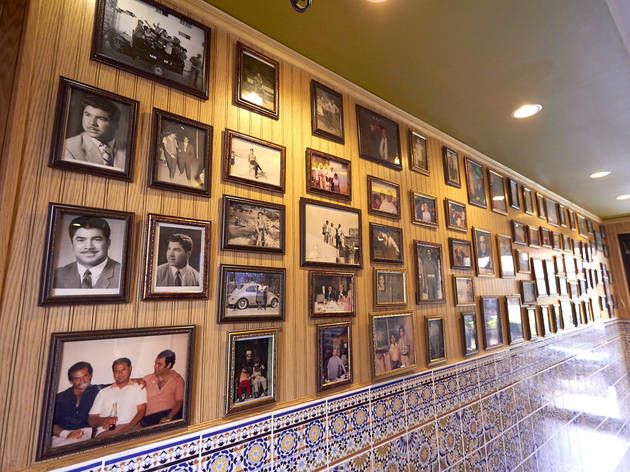 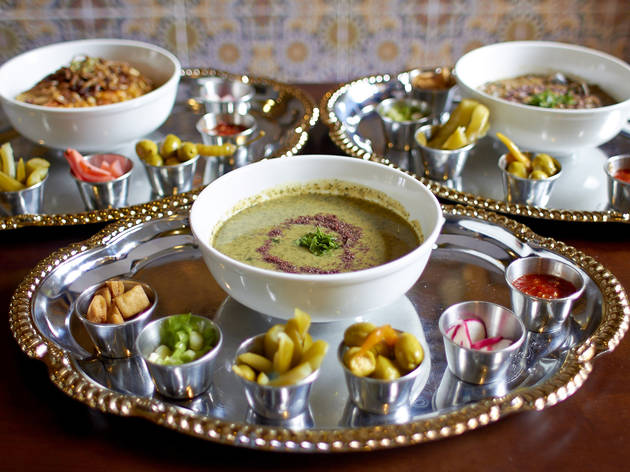 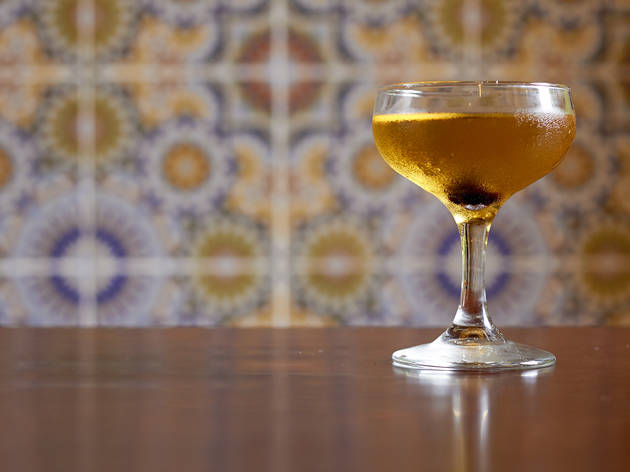 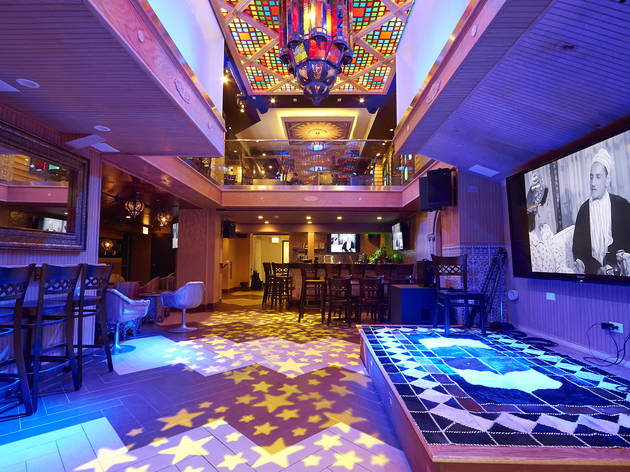 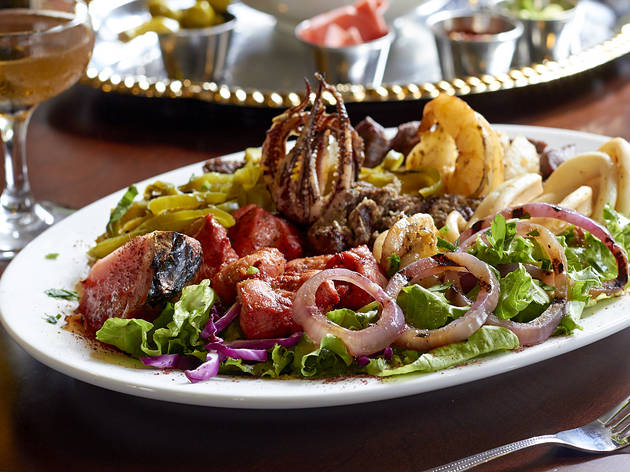 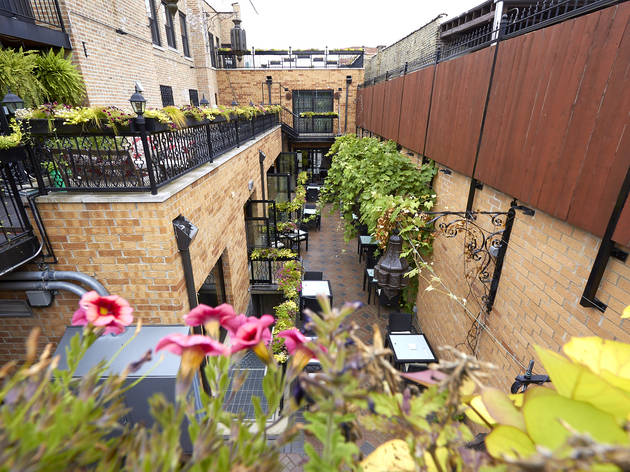 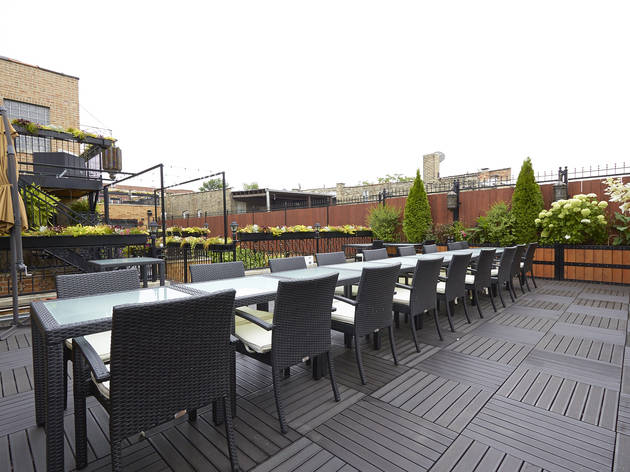 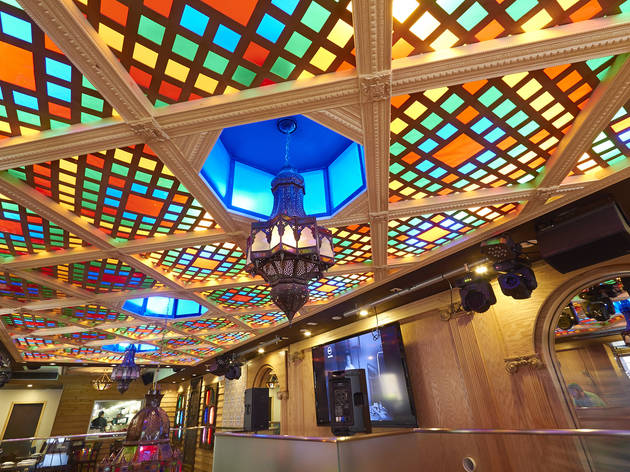 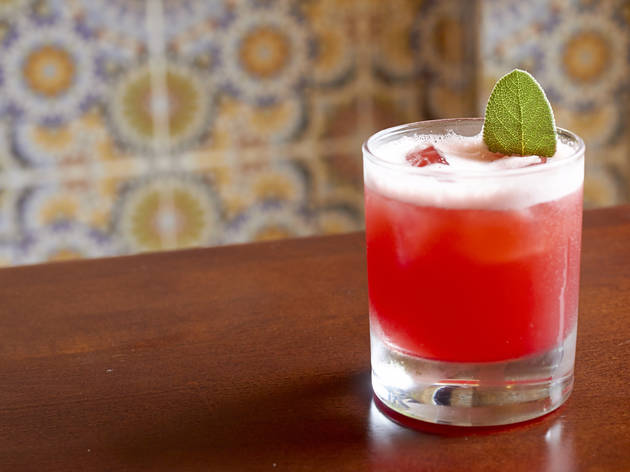 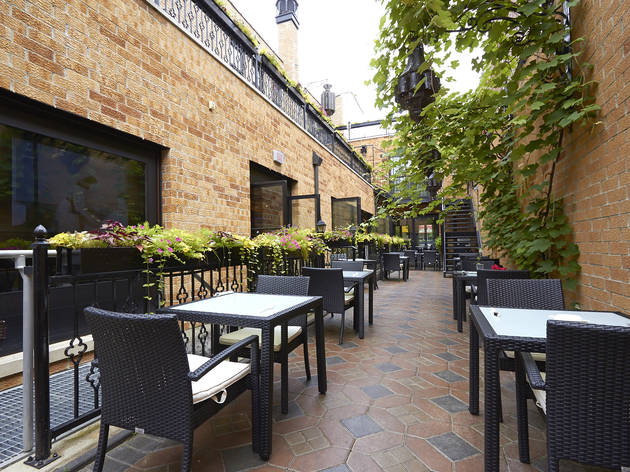 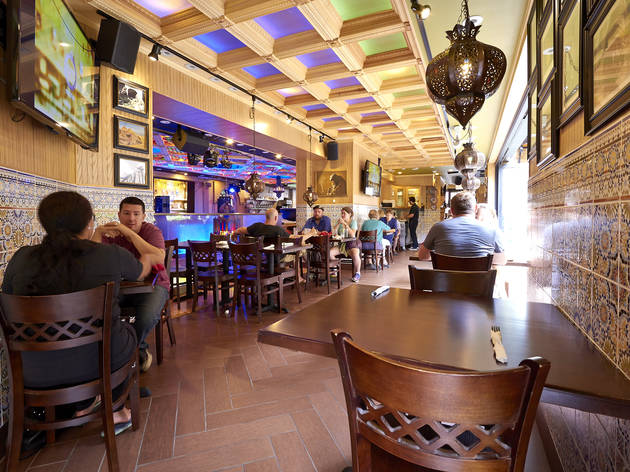 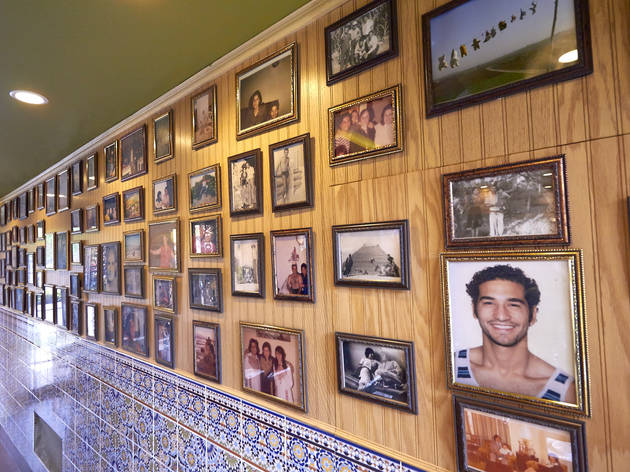 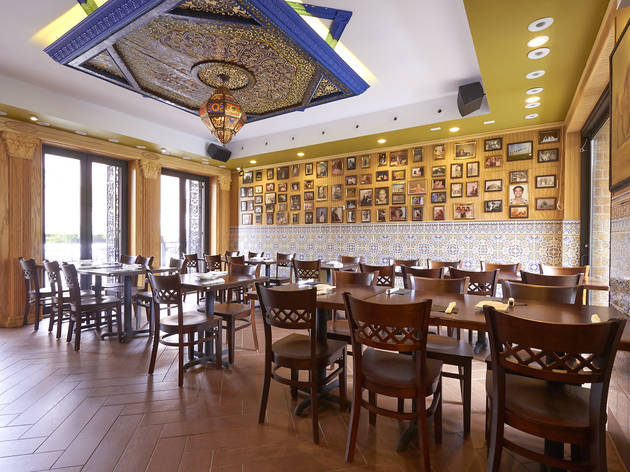 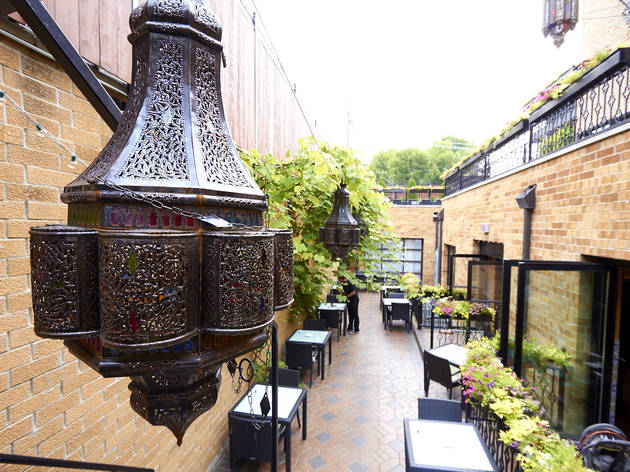 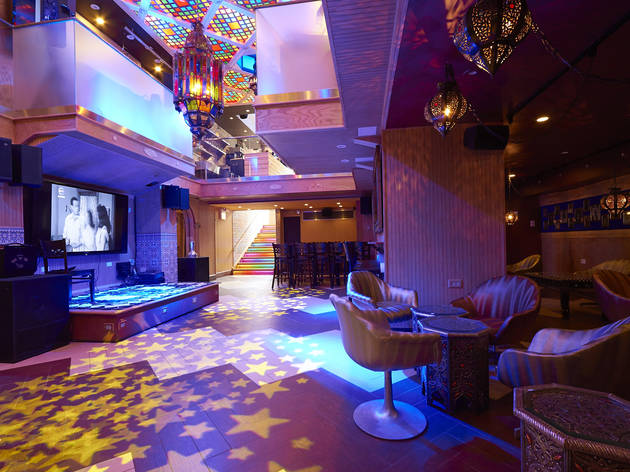 The patio at Masada, a sprawling new Middle Eastern restaurant, is an urban hideaway. There are twinkling lights, huge lanterns and grape leaves crawling up the high walls. Plus, it’s quiet. You’d never guess you’re right at the busy California and Milwaukee intersection, a stone’s throw from the California Blue Line stop.

It’s a stark contrast to the lower level of the restaurant, where there’s a bar, a dance floor with lights shaped like stars projected on it, a ceiling with multicolored squares, mirrored surfaces and stairs with moving, brightly colored lights. There are numerous TVs with video of tropical fish swimming around (on all floors, and also on the patio), and sometimes there will be DJs, musicians or dancers performing. You have no idea where to look, because there’s something on every possible surface to catch your eye.

The restaurant took 10 years to open, and it’s fairly obvious that during that time, the décor was the main priority, because the food seems like an afterthought.

The family that runs Sultan’s Market opened Masada. Sultan’s is certainly not my favorite falafel in Chicago, but it’s a place to grab a quick snack, like hummus, baba ganoush and Jerusalem salad, or a sandwich or shawarma. All these dishes also appear at Masada, but the menu is more expansive (and expensive). There’s also booze: wine, beer and arak (an anise-flavored liqueur), along with a series of pretty basic $8 cocktails, which are light and easy-drinking. The Bourbon Turban is a very dry bourbon and tea cocktail, while the Damascus daiquiri uses tamarind. While you’re sipping cocktails and perusing the menu, you’ll get a basket of warm pita bread along with olive oil for dipping—this is going to be the culinary apex of the meal, so enjoy it.

After that, our table was covered with an array of dull dishes. There was a serviceable baba ganoush and a rather boring tomato “skillet,” a dish of burst tomatoes, jalapenos and garlic, which you scoop up with pita. Sultan’s is known for its falafel, and here the fried chickpea balls are served as an appetizer or in a pita. We opted for “falafel and the entourage,” a plate of falafel and fried cauliflower, eggplant, potatoes and zucchini. The falafel was bone dry, while the vegetables alternated between greasy and bland.

The larger plates include an array of kebabs—there’s seafood, shish kebabs, chicken tikka and kefta, a meatball made with beef and lamb. You can order a combination plate to try all of them (for the exorbitant price of $39), but the chunks of lamb, chicken and kefta were all dry—the lamb especially so—while the shrimp and rings of squid were absolutely flavorless. It was served atop a bed of rice, with tahini and garlic sauces on the side.

I went to Masada with a friend who lives in Logan Square, and she said she could envision herself returning to sit on the patio, have a drink and snack on some hummus. That’s a fine way to treat the space. It’s clear that a lot of time, money and energy went into creating Masada, and it’s a sight to behold. I just don’t want to go there for dinner.