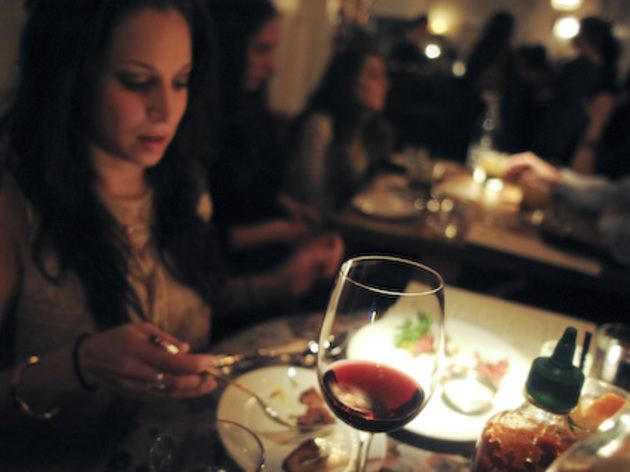 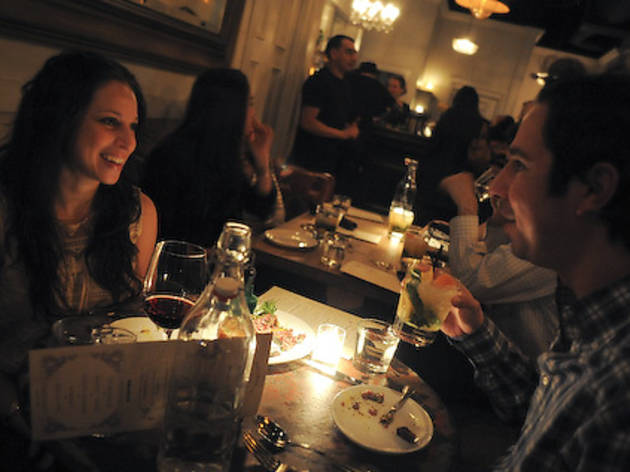 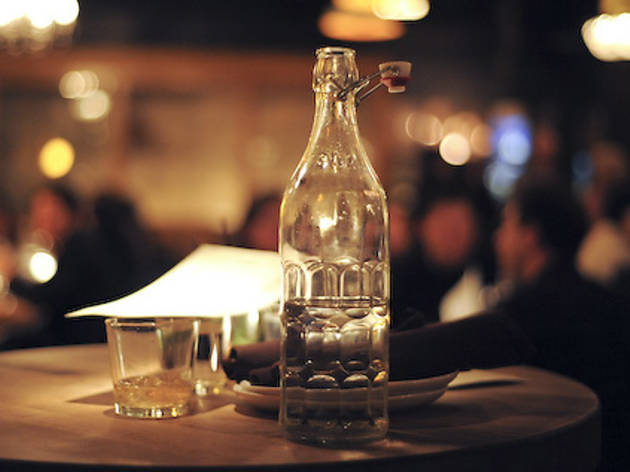 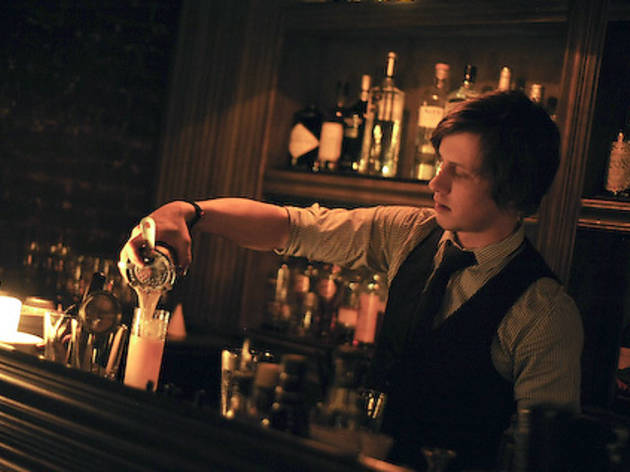 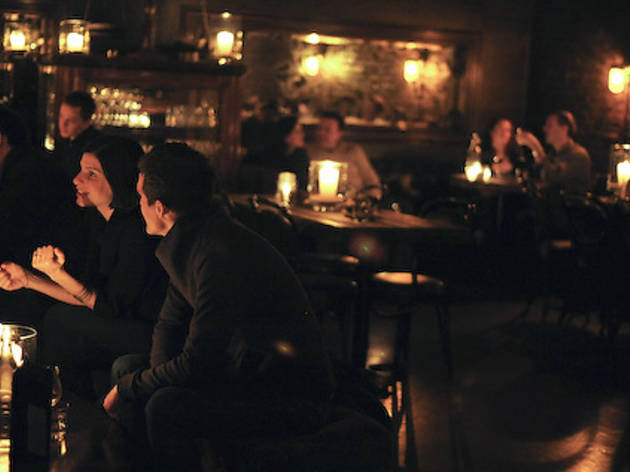 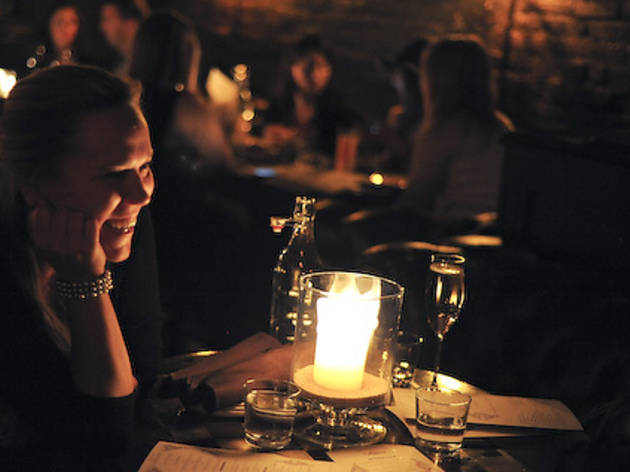 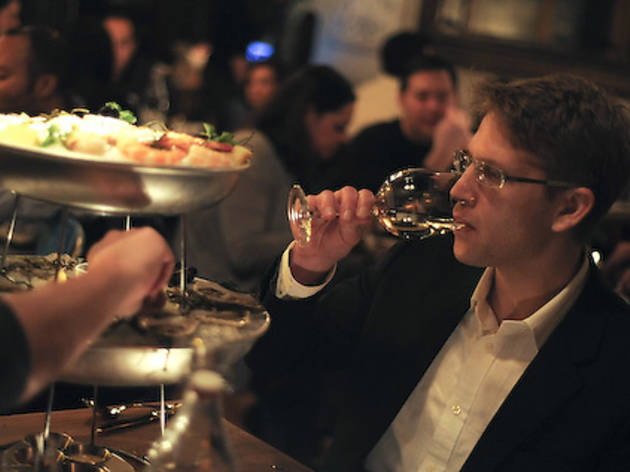 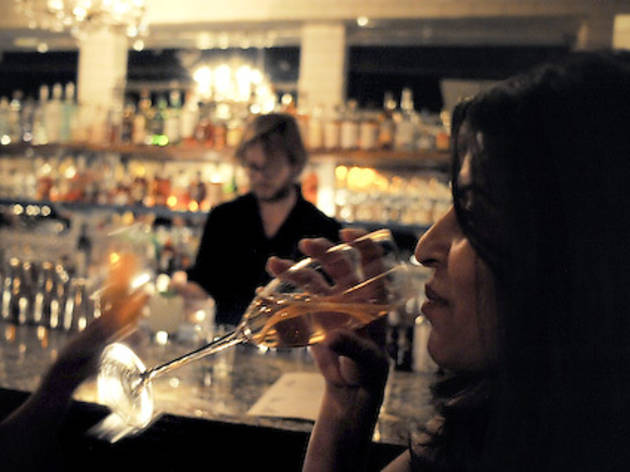 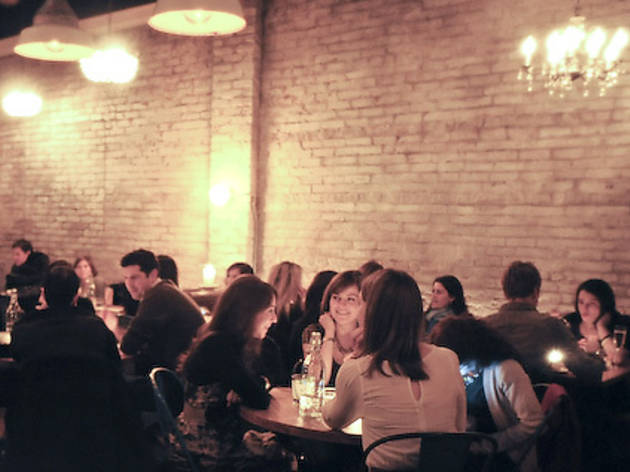 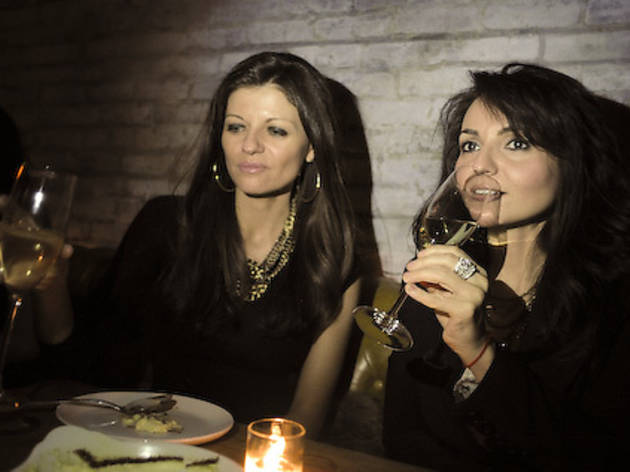 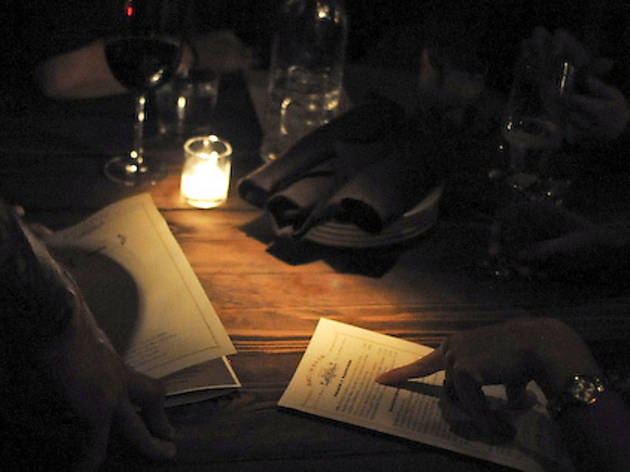 It’s harder than it looks to nail it, the look and the feel of “effortless cool.” It’s even harder to straddle the fence between bar and restaurant, so that everyone eating gets drunk and everyone drinking ends up feeding their face. But that’s what’s happening at Maude’s Liquor Bar, the latest from Brendan Sodikoff (Gilt Bar, Curio). The two-hour weekend wait signals restaurant. But ramble up the stairs late night and it’s a whiskey-fueled roundtable of postwork line cooks, serving themselves from a community bottle then paying by the honor system at the end of the night.

That industry crowd rarely makes it to Maude’s before midnight, when the kitchen closes, so they miss the food their brother-in-arms Jeff Pikus is putting out, a menu as indulgent and classic as his past work at Trio and Alinea was groundbreaking. But nothing is lost on the deep-pocketed scenesters who arrive before them, who gulp down delicious whiskey smashes and stab at $70 shellfish towers. These are the folks paying for those gleaming subway tiles (which don’t come cheap, not even the randomly chipped ones), the mismatched crystal chandeliers and that Victorianesque sofa. But in return they’re getting butter-smooth chicken liver slathered on toast with fig marmalade, ideal with a gin and crème de violette concoction dubbed “Smokey Violet.” And still-quivering oysters from both coasts. And big fat mussels, smartly steamed in a broth studded with punchy picholine olives but inexplicably, annoyingly left with beards intact.

Backed by a sultry soundtrack of the Velvet Underground (and the occasional Fugazi track), these people push on, the tab tallying higher as the servers, Urban Outfitters models who know their trade, deftly pace a parade of glasses and plates. An uncommonly airy terrine of pig parts. Smoky slabs of pork belly, fanned over a pitch-perfect salad Lyonnaise. A pint of porter for the creamy blue cheese in the brilliant shaved vegetable salad. A glass of Grenache for the yolk-topped beef tenderloin tartare. A yeasty Belgian saison with drunken braised chicken thighs and legs. And on and on it goes, with roasted bone marrow and foie gras torchon and sausage-studded cassoulet, all nailed with finesse. The embarrassment of riches comes to a halt at dessert, when the servers bluntly convey that crème brûlée, and only crème brûlée, is available. But when it arrives, the sugar evenly branded brown by a white-hot iron plate, it’s clear that like everything about Maude’s, this display of brass would be maddening, if only it weren’t so dead-on.