At this point I had been to Nellcôte twice, once on a Tuesday and once on a Thursday, both times wrapping up my meals by 11pm. The meals had been wildly different. So different, in fact, that it didn’t take a leap of imagination for me to see how the place I considered a restaurant could transform itself—in the later hours, with a DJ—into a bar. Furthermore, how should we be expected to know what Nellcôte is when the place itself is still trying to figure it out?

Let’s begin with what we know to be true: The space (in its past life Marché) is enormous. The ceiling is an opium-den blur of shimmering chandeliers. Splotches of color—a tangerine orange awning, a pair of oversize Victorian chairs painted sky blue—punctuate the space, lest you forget for a moment that this restaurant is trendy.

We also know—because the servers won’t let you forget—that the cocktails are “made in the kitchen.” This fact in and of itself doesn’t do much for me, but in any event, I was swayed by the body and balance of the Rye cocktail and drawn in by the beautiful, subtle aroma of preserved strawberries in the Gin. (The Bourbon, on the other hand, was over-conceptualized.) The fact that the drinks are priced at $10—two bucks below Randolph Street’s going rate—is praiseworthy, too.

Following the drinks on my first visit, the server recited a spiel about the restaurant, of which the main takeaway was that the chef, Jared Van Camp (Old Town Social), mills his own flour from local wheat. That flour goes into two of the restaurant’s featured items: the crust for the pizzas and the dough for the pastas. In other words, to eat here is to eat carbs. Which is why it’s smart that instead of sending out complimentary bread (a trio of housemade loaves, the best of which is the airy brioche, is $3), Nellcôte brings to each table a small glass of crudités and a little saucer of green goddess–like dressing.

That night, the glass held a colorful arrangement of sliced heirloom carrots, pinkish radishes and a few leaves of cared-for lettuce. It was a nice touch but not something I spent too much time pondering until my second visit, when all I got was a cup of lettuce and two wisps of carrot. That little lettuce cup was just the first of many signs that somehow, in the time between my first visit and my second, Nellcôte had devolved. What was on my first visit a sophisticated parlor with ambitious food was now more akin to a disorganized club, where the food (and the service) was an afterthought.

It was on Visit Two that I developed a couple of theories about the food at Nellcôte. One: The Best Pizzas at Nellcôte Are the Most Unusual Ones. This explains why—despite the fact that the puffy, pleasantly light crust was undercooked—the combination of charred ramps, taleggio cheese and smoked guanciale still made for a better pizza than a perfectly blistered crust spread with a flat combination of fennel sausage and hen-of-the-woods mushrooms. Two: The Best Pastas at Nellcôte Are the Simplest Ones. This is key, because of all the things I tried at Nellcôte, my favorite is probably the most elemental: gorgeously made spaghetti, truly al dente, tossed with bits of hot Calabrian chili and dusted withmojama (salt-cured tuna). This is Van Camp’s food at its best—understated, traditional, honest. This sentiment comes through (although not quite so astoundingly) in the squid-inkstrozzapreti, twists of pasta that are, again, strikingly well-executed, piled with more Maine lobster than any restaurant ought to give a diner for $11.

Aside from pizzas and pastas, there’s a section of small plates that falls all over the map: The dry-aged rib eye, a strong and beefy cut, is served with beets of superlative sweetness. I enjoyed the grilled prawns served with a cool slaw of diced cucumbers and avocado in an inspired uni dressing, but by my next visit, it was off the menu.

A server recommended the “Robuchon potatoes,” borderline gummy potato puree generously topped with shaved black truffles. As is fitting in the Age When Everything Must Be a Small Plate, it came out solo, after our pizza but a good ten minutes before any other dish, a silly way to pace the meal when the potatoes would so nicely have paired with the lamb, a duo of grilled loin and braised neck accompanied by a few pillowy gnocchi.

The desserts here aren’t special, but if you want one, it’s the chocolate parfait, essentially a chocolate mousse with more chocolate stuffed inside it. It’s $6, as are the other plated desserts. I don’t want to overstate things, because it’s not as if Nellcôte is McDonald’s, but it just might be the most reasonably priced small-plates restaurant to open since the Purple Pig. You can get two cocktails, six “share plates” and a dessert and leave here (very full) for $100. If and when Nellcôte becomes more consistent—both in terms of the food and the service—that won’t feel like such a gamble. 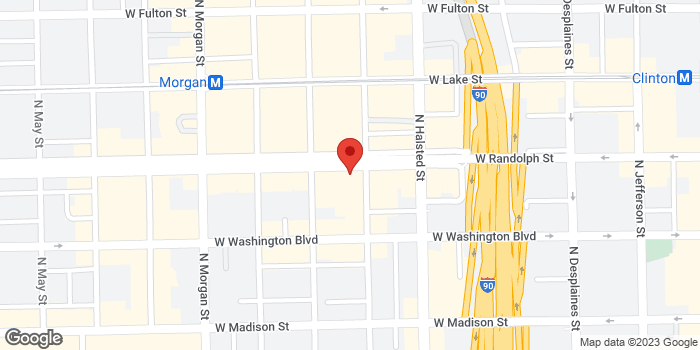