To make chicken, if you happen to be Ryan LaRoche, you begin by buying a bird from TJ’s farm in central Illinois. You hang it for three to four days in a cooler, dry-aging it to bring out more flavor, just as you would beef. You brine it for another day. You rub it with thyme, tarragon, parsley and savory. You season it with olive oil, salt and pepper. You poach it for 30 to 40 minutes in 160-degree water in a bag of its own juices. Then you break it down, place it on top of finely chopped caramelized onions, carrots and celery and finish it with some very rich chicken jus.

In return, a pair of diners pays you $75. Oh, it also comes with a side of truffle béarnaise.

“Home of the $75 chicken” is likely not the catchphrase the masterminds of NoMI’s remodel envisioned when they put the place on hiatus for a four-month overhaul. But no dish better represents the dual challenges this restaurant has put before itself: first, to swap out white-tablecloth cuisine in a stuffy atmosphere for Heath Ceramics–plated food in an approachable one. Second, to do this while still being NoMI, a luxurious restaurant in the Park Hyatt.

There is one thing about the latter challenge—simply being NoMI—that is unchangeable: the view. A portion of the east wall of the restaurant perches over Michigan Avenue, framing the historic Water Tower in the forefront and cuts of the lake in the distance. From one of NoMI’s coveted window-side tables, it’s as though the remainder of the restaurant—the remainder of the world, for that matter—doesn’t exist.

But there are in fact two NoMIs, and the way the other, non-window-view NoMI lives is not quite so glamorous. That “other” NoMI, blockaded from the airy row of window tables by enormous pillars, is a chunk of space that feels at any given moment either too large or too empty or too corporate or too poorly defined or all of the above. One NoMI is luxurious and romantic, the other businesslike and unmemorable.

In the end, a view of the Walgeens on Michigan Avenue isn’t superior enough to gazing at the tedium of an open kitchen to override the rest of the experience. Both NoMIs have leather swivel chairs better suited for modernist offices than restaurants attempting to engage their “approachable” sides. Both NoMIs feature the same inconsistent menu, and therefore both entail a gamble: The meal could be a great one or a disappointing one. In both NoMIs, I ordered the chicken.

The $75 version serves two plus leftovers, three if you spring for a couple of sides. It slices with a good nudge of a fork. It’s got the texture of silk. Each bite is redolent with herbs. The $32 entrée chicken is nearly (but not quite) as tender; it makes up the difference with the crisp skin the poached version lacks. They are both wonderful chickens.

So if you’re LaRoche, and if you want to make some mashed potatoes that one might order alongside the chicken, you begin by baking Yukon Golds. You remove the inner flesh. You press it through a ricer. You pass it through a fine mesh screen. You commence adding the butter. Piece by piece by piece, you continue adding the butter. The result is a puree of equal parts potatoes and butter. You pass it through the screen again. It’s the finest, smoothest, most indulgent incarnation of potatoes a diner could imagine. And at that point, if you’re LaRoche, you’ve done it: You’ve served food that’s viscerally satisfying and simple yet is perfectly executed and subtly elevated to the point that it feels right at home in NoMI’s refined confines. Can you do it again?

Yes, for the “market fish,” sturgeon on my visit, beautifully cooked, resting on a bed of garlicky confited tomatoes. Yes, for the side of housemade tagliolini, thin strands of al dente pasta tossed with grated bottarga (cured fish roe) and a few tomatoes. Yes, for the sprightly beef tartare, yes for the ravioli bursting with pure pea flavor, and an extremely enthusiastic yes for the uni-avocado toasts, which don’t seem to have much to do with NoMI’s new American bent, but which exhibit such a remarkably keen understanding of flavor and balance—briny sea urchin paired with impeccable Spanish ham, brightened with capers, mellowed with avocado—as to merit inclusion on any restaurant menu that should wish to do so.

Yet for as great as that uni-avocado toast is, there is a mushroom salad just as terrible, painfully overwhelmed with truffle oil. And there is a $38 New York strip so tough a steak knife had to be put to work like a saw. There is a boring kampachi crudo meagerly lifted to life by slices of intriguing black garlic. And there is a menu of desserts that’s across the board unimpressive, with flavorless blueberries damaging two of them: a tart with a wet hazelnut crust on one visit and an oddly blueberry-flavored chocolate mousse on a second.

These misses are NoMI at its most vulnerable, blemishes on food so pared down it can barely hide the most minor imperfection. These are the kind of mishaps that tilt the scales of the “comfort food as fine dining” project away from genuine and toward focus grouped.

But then there’s a plain bowl of incredible chocolate ice cream. It’s so rich, so fudgy, so indulgent, and so very NoMI. 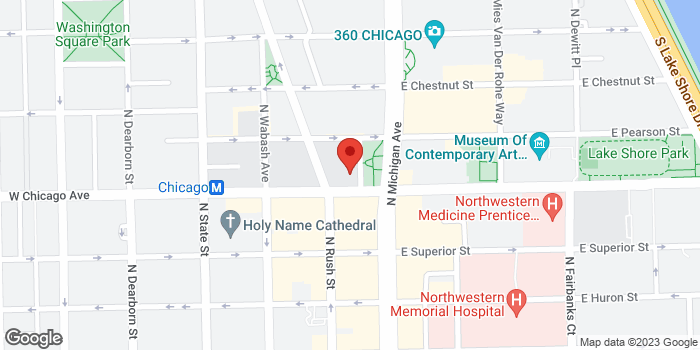