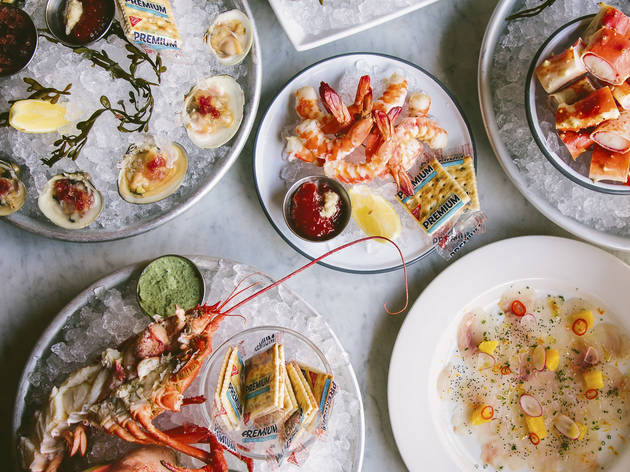 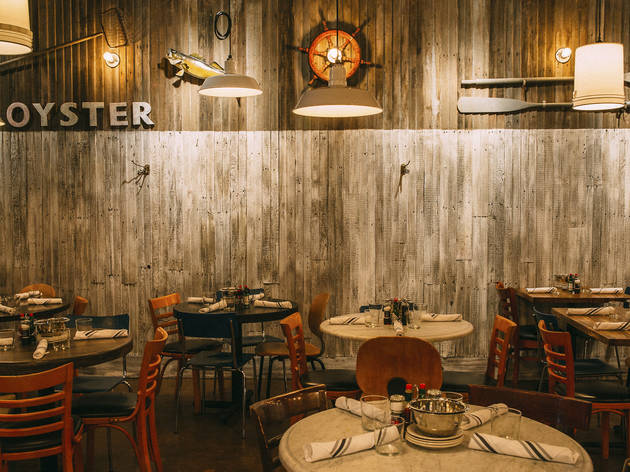 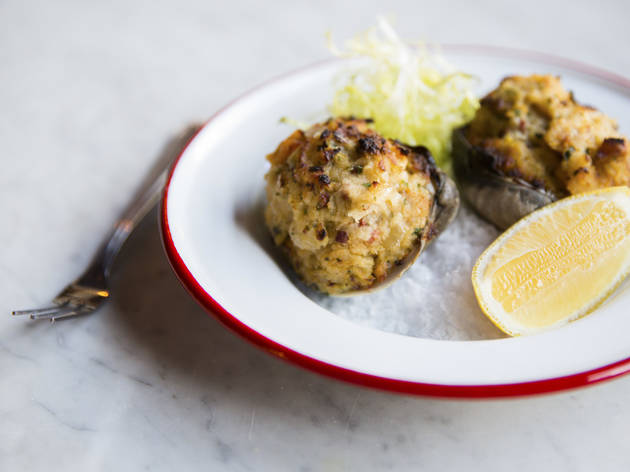 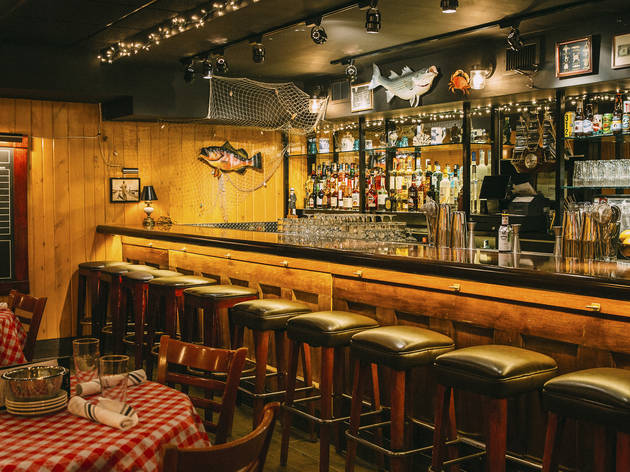 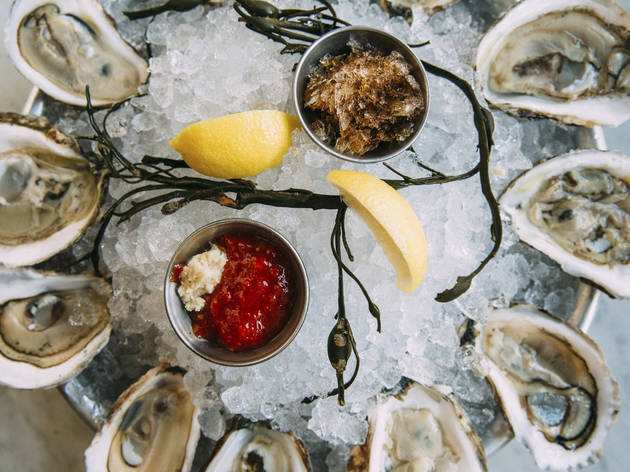 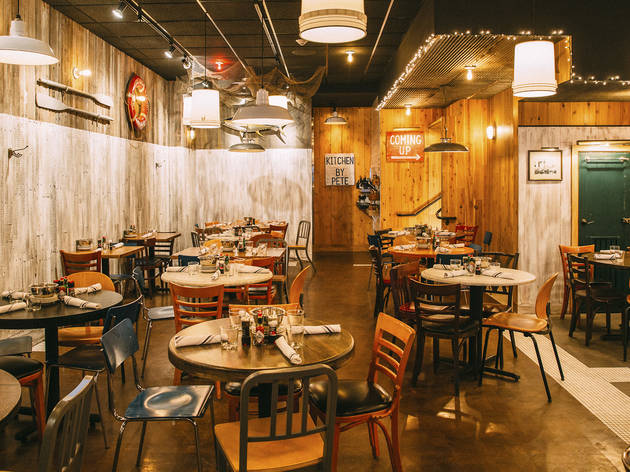 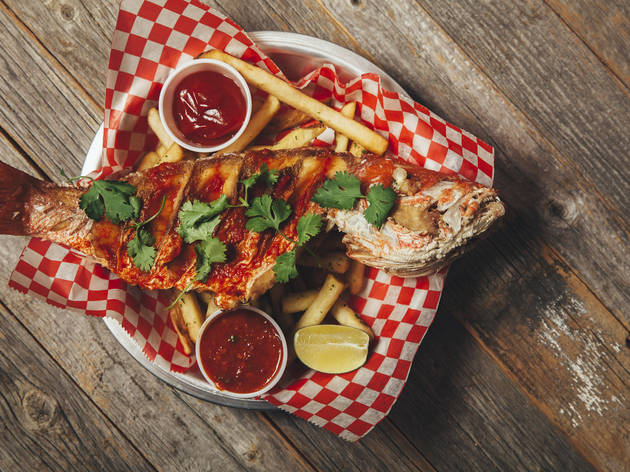 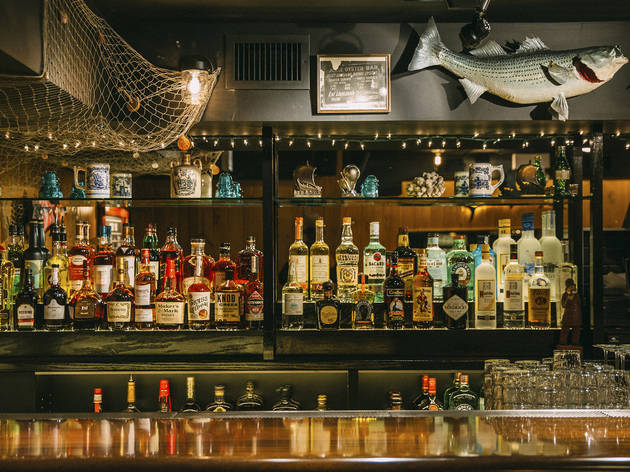 The Lincoln Park restaurant honors seafood, in all its forms

Oyster Bah, the new seafood spot from Lettuce Entertain You, is a bit of a misnomer. Besides being ridiculously silly (shouldn’t it be “Oystah Bah,” if you’re truly trying to embrace a Boston accent?), the name doesn’t fully get across how wide-ranging the menu is. Oysters from both the East and West coasts share menu space with New Orleans barbecue shrimp, fish tacos and tuna poke. Classic New England dishes are here, but this restaurant is more of a paean to American seafood, in all styles, rather than a New England seafood shack.

And that’s a fine thing, given how expertly chef Peter Balodimas prepares dishes. Starting with raw or chilled seafood is necessary, and cleanly shucked oysters, teeming with liquor, pop with a drop of tangy stout granita, while plump chilled shrimp come with or without a sprinkle of Old Bay seasoning. On the cooked side, a pair of hearty New England stuffies pack chopped clams and chorizo into quahog shells—it’s a classic dish I love but never see around Chicago. Entrees are fairly simple, like steamed crab legs with lemon and butter for dunking, though the most buzzed-about dish, the crispy one-sided snapper, is a scene-stealer. Spicy Thai chili glaze adds heat to the flaky fish, which is served on the bone.

It’s not surprising that Oyster Bah is so strong so soon after opening—it’s the little sister to Shaw’s Crab House, which has long been my favorite Chicago seafood restaurant. Though between the casual space and thoughtful drink offerings here, I wouldn’t be surprised if Oyster Bah becomes my go-to seafood joint.

Atmosphere: The space is bustling and crowded, with tables jammed close together. Décor channels seafood shacks, with wood paneling and fish netting, though it’s cleaner and more comfortable than anything you’ll find on the coast.

What to drink: The cocktail list has New England tinges, like a lovely reclaimed version of the Cape Cod, which adds sage, lemon and house-made cranberry juice to vodka. While the Fish House punch was overwhelmed by pomegranate, the Nor’easter was a gentle storm of rye, maple and lime, with a hint of ginger beer. All the wines are available by the glass or bottle, and the majority are under $60 per bottle. Try the Chablis with oysters, and buttery Rombauer chardonnay as you move to cooked seafood.

Where to sit: The tiny basement crab cellar, with a handful of tables and bar seating, is a quieter spot for dinner. Upstairs, the dining room has lots of tables and a bar with views of the TV and oyster shuckers.