Start with the baked potato bread. Available in two sizes—whole and half (the half size is four slices)—it’s a Chinese bing bread stuffed with baked potato, bacon and scallions, with a smear of sour cream butter on the plate. If you order it as soon as you sit down, and you’ll get to snack on something utterly delicious while you peruse the rest of the menu.

That’s what I did upon arrival at Parachute, Beverly Kim and Johnny Clark’s new Korean-American restaurant, which opened in May in Avondale. The husband and wife pair, who previously worked together briefly at Bonsoiree, teamed up to open their own place, which is striving to be a casual, approachable restaurant that serves great food.

They’ve succeeded. The restaurant is one long room with a handful of tables and a long wrap-around bar with woven bar stools. A line of speakers along one wall forms a shelf for plants. If you head toward the back, you can see right into the kitchen, where Kim and Clark were toiling away, although Kim occasionally ventured out into the dining room to visit tables (there were several chefs in the dining room when I was there). Kim, formerly of Aria, is the better known of the pair (she was on Top Chef: Texas), but the effort here should make both of them household names.

That’s because Clark and Kim’s menu, a mix of small and large plates, is impeccably executed, creative and surprising. Take the boudin noir, a blood sausage, which is served not as an encased meat, but as a warm, creamy custard, surrounded by a coconut yogurt. Endive and spearmint help cut through the richness. It’s terrific.

“This dish is Thailand meets France,” our server told us. “Johnny cooked at Le Chateaubriand in France.”

Other dishes also meld influences, like the torn noodles with a fiery, chunky lamb sauce and a slightly crisp exterior. The Sichuan peppercorns and huge dose of cumin reminded me of Northern Chinese cuisine. Korean ssam received an American update—lettuce leaves were piled with folds of country ham, zingy pickled Asian pear, saffron ginger aioli and a sprinkling of crispy quinoa. It is, I am sorry to tell you, not on the menu anymore, but the frequently changing nature of Parachute’s menu gives me hope that some day the dish will return.

If you see the salt and pepper ribs, get them, though ours were unevenly seasoned—half came out with a yuzu-chili pepper glaze, while the others had none. All the ribs, though, were tender and fell off the bone, while shiso leaves added herbaceousness. An accent ingredient saved the bland potato and nettle croquettes, basically a vehicle for consuming as much of the spicy plum and togarashi dipping sauce as possible.

Some of the dishes pack a lot of heat, so you’d be remiss not to try something from the bar. There are three cocktails, each made with tea, and they’re very easy to drink with food. The #3, made with pisco, yujacha (a Korean yuzu tea), bitters and egg white, is a sweeter, more citrusy play on a Pisco sour, while the #2 is a delicious Earl Grey, Smith & Cross and Batavia Arrack swizzle. The rest of the drink list is fleshed out with beer (there’s Revolution Rosa on draft), wine and spirits, plus makgeolli, a milky Korean beverage fermented from rice at Baesangmyun Brewery, the first makgeolli brewery in the U.S., which is located in Chicago. If you’ve never had it before, it’s worth trying.

We closed with pat bing su, a scoop of condensed milk ice cream surrounded by a creamy, sweetened red bean sauce, which is then topped with cucumber ice, chunks of kiwi, puffy rice and lovage leaves. It’s a multi-textured, refreshing dessert, and I can’t wait to return for more of it—just like all the food on Parachute’s menu. 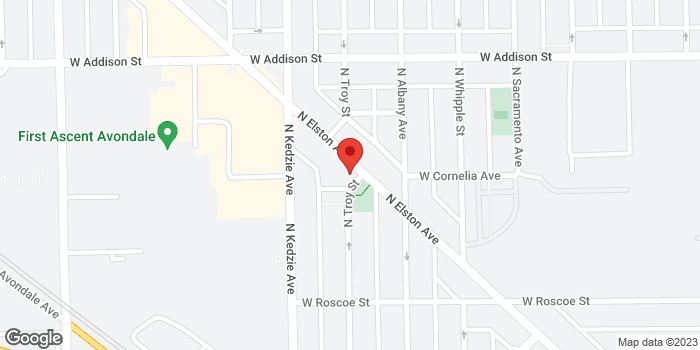