How do you evolve a beloved cuisine without dispatching the tried-and-true traditions worth keeping?

The answer may live at the bottom of Perilla’s brussels sprouts, which hit my palate with so many textures and levels of umami that I had to reexamine the vegetable I’d largely written off. Laced with anchovy paste, nutty brown butter, Parmesan and crunchy garlic chips, each bite was a delicious collision of a chef’s Midwestern training and his first-generation Korean-American upbringing.

At this genial River West eatery, chef-partner Andrew Lim (The Bristol, City Rock) and partner-GM Tom Oh (Lettuce Entertain You) affably nudge us toward the cheffier side of Korean barbecue. Leading the pack is succulent LA galbi, a thin chain of short ribs cut crosswise, popularized by Korean immigrants in Los Angeles, which you cook yourself on inset table grills. There’s also marbled wagyu strip and tender Berkshire pork belly, plus appetizers like the delicate wagyu tartare with Korean pear, mustard seeds and pine nuts—framed with perilla (shiso) leaves.

This being my date’s first-ever Korean barbecue experience, we stuck mostly to tradition. Tangy kimchi pancakes were at once crunchy and chewy, and fried pork dumplings’ bubbly-edged wrappers teemed with juicy pork. Steamed egg, a traditional custard banchan, erupted from its earthenware cauldron like a souffle made of sunshine—the eggs’ richness deepened with salinic beef dashi and a drizzle of sesame oil.

Oh returned with the LA galbi, which resembled a flattened chain link of beef, darkened from a soy-based marinade invigorated with ginger, pear and garlic. As he lowered the meat onto the searing-hot grill, it sizzled like an applause as savory-sweet aromas filled our nostrils. Oh reminded us to turn it frequently to keep it from burning while he framed the grill with little bowls of scallion salad, jalapeño vinaigrette and that day’s banchan of pickled daikon, two kinds of kimchi, marinated tofu and quick-pickled cucumber. As we divvied up the caramelized beef with kitchen shears, the sound of frying meat compounded to a chorus as the room filled with diners.

Lim and Oh—who have wanted to open a restaurant together since they were kids in the same northwestern suburb—have a deeper mission at Perilla: to rebuild the city’s Korean-American community, which had its heyday in Avondale in the 1980s and ’90s.

It’s evident in the come-as-you-are vibe and the way our server delivered a non-preachy bit of education with each dish. You also see it in the Korean art bedecking the restaurant's walls and covering part of its facade, in the form of a vast mural of former First Lady Michelle Obama wearing a traditional Korean dress, by renowned L.A.-based street artist Chris Chanyang (a.k.a. Royyal Dog). It represents overcoming adversity and using one’s platform for good, Lim says.

“We have a duty to introduce our culture to those who are unfamiliar, but also have a responsibility to make those who are familiar proud of what we are producing,” Lim says. “We would love to see more sense of community among the Korean-American and Asian-American groups and reignite that sense of pride in our great city.”

What better way to build and bridge communities than over the fizzling applause of searing meat?

Where to sit: Thanks to inset table grills, seating’s mostly communal—albeit nicely spaced. Grab a hightop or barstool in the 26-seat back bar for snacks and cocktails, or on the twinkle-lit, 40-seat back patio, weather permitting. 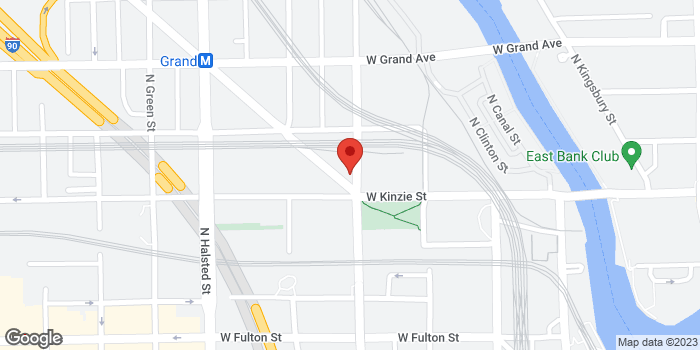