We were ensconced by privacy fences that almost completely eradicated the city’s clamor, surrounded by softly illuminated trees swaying gently in the breeze while relaxing music mingled with generational chatter and the sound of glasses clinking. The candles on the tables cast only a romantic-level of visibility, but I’m pretty sure that I also saw a small, fair-haired boy catch a lightning bug in the lush, beautifully landscaped patio perimeter, make a wish, and then laugh as the firefly turned into a fairy. Holding tiramisu.

Okay, maybe that last part was Chianti-induced. But I am telling you that the back patio of Piccolo Sogno is so ridiculously idyllic that it’s capable of completely skewing your entire dining experience. Eat inside and you’ll find harried servers, a fantastic wine list, a couple of great dishes and a few more mediocre ones. Eat outside (and take advantage of that wine list), and you’ll leave planning your next big event for the patio’s ivy-drenched party space while air-kissing the lone Italian waiter whom you saw maybe twice all night (he took your order and he delivered the check).

However intoxicating the patio, when I shook out of its grip, I couldn’t help but notice the discord between the setting and the experience. As mentioned, the heavily accented waiter may have lent authenticity to Piccolo Sogno’s Italian platform, but the man was working no less than 20 tables my first visit, while maybe a dozen other white-shirts, presumably busers, ran around refilling water and clearing plates but completely unpowered to open a bottle of wine or take an order. Two additional servers were added by my second visit a week later, and Mr. Italiano was noticeably less harried because of it, but the kitchen was still having issues executing the main event.

Chef Tony Priolo co-owns the River West restaurant (which was formerly Thyme, then Timo) with Ciro Longobardo, Priolo’s former coworker at Coco Pazzo and an Italian native with wine importing and distributing experience (he’s the man to thank for the value-rich wine list, an all-Italian lineup that includes plenty of lesser-known picks, as well as gems like Franciacorta and Barolo by the glass). At first glance, Priolo’s menu looks and sounds amazing, eschewing the parmigiana-vesuvio-meatball shtick hawked by the majority of Chicago’s Italian spots in favor of lighter fare of simple construction. And a handful of dishes are done quite well: Greaseless fontina-filled zucchini flowers arrive in the same vibrant crushed-tomato sauce as the tender rings of fried calamari; perfectly al dente ribbons of fresh pasta are drenched in a rich and varied veal ragù; a simple Margherita pizza boasts bubbled crust, bright tomato sauce and oozy rounds of fresh mozz. Add a Parmesan-blessed salad of radicchio, arugula and endive to the mix, along with a $36 bottle of Valpolicella, end with the velvety housemade gelato and you’ve got yourself a nice meal. But move on to entrées and you might just be uniformly disappointed.

Both visits yielded a similar problem: overcooked meats. A wood-fired grill can add a nice char to just about anything, but it’s also an incredibly tricky instrument to master. Turn your back for a second, as the cooks here presumably did, and spring chicken gets marred by an overly charred exterior and lamb’s tender pinkness all but disappears. Elsewhere on the line, duck is somehow roasted until its leg meat is brittle, its breast well-done, while porchetta is nearly as overcooked as the shriveled-up potatoes it’s plated with. These misfires can be avoided by eschewing entrées altogether and dining small plates–style with antipasti, pizza and pastas. In fact, that method seems tailor-made for outdoor dining with a group of friends and a few bottles of vino. But what will you do when winter comes? 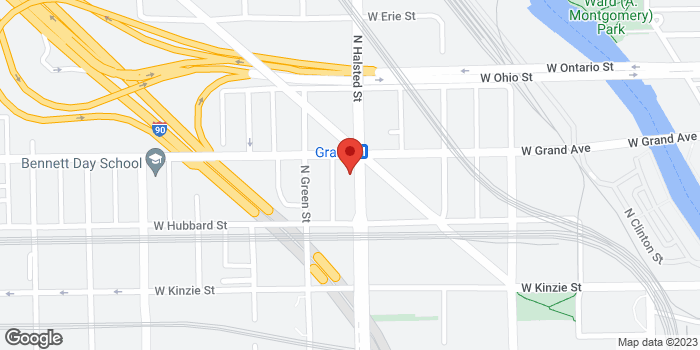