The trifecta of carbohydrates that is the base of Reno—bagels, pasta and pizza—commands fanaticism on its own. It's the execution of each dish that makes this a place worth coming back to (perhaps multiple times a day, if you can stomach all that gluten). The vegan Montreal-style bagels are chewy and savory, and can be topped with housemade jam or a variety of schmears including whipped feta and garlic hummus. Woodfired pizzas arrive covered with fresh toppings on a thin, not-too-hearty crust—and you can score two for $25 on Tuesdays. Leave room for some house-made pasta such as cavatelli topped with truffle oil, gouda, cream and bagel crumbs.

High expectations surrounded the opening of Reno, and for good reason: The trifecta of carbohydrates that is the base of this place—bagels, pasta and pizza—commands fanaticism on its own. Add Johnny Anderes and Katie Wyer, the chef and pastry chef, respectively, of Telegraph, and hysteria is—was—born.

It’s my job to report that while the food at Reno is sturdy enough to hold up to such hysteria, it is not how Reno is served best.

Because this is a casual place. So casual that when I first visited, at about 9am on a Friday, I wondered if the restaurant was closed. A dude behind the counter acknowledged me with a barely discernible nod and pointed to a pile of menus at the far end of the counter. I ordered bagel sandwiches­ and pastries. The bagels are flat, crusty, phenomenal things that, I swear, carry the flavor of the wood-burning oven they’re baked in. In other words, they don’t deserve to be made into these ordinary, lifeless egg sandwiches.

Eventually, my coffee got low, and I didn’t know what to do. Go up to the counter? Wait for somebody to come by the table and repour? I did the former, but after five more minutes the latter occurred. And yet I still left Reno unclear as to whether I had eaten in a coffee shop, a restaurant or a cafeteria.

I want to say Reno is a different restaurant in the evening. Certainly the service is different: A host seats you, a server works your table and when your water gets low, somebody comes by to fill it. Obviously, the menu is different, too—it’s pastas and pizza and salads (not by Anderes, it turns out, but by chef de cuisine Elliot Green). But even at night, the soul of the restaurant is the same. It’s supremely low-key, like a proper pizza parlor should be. Bottles of hot sauce (one with honey, one without; go for the one without) live on the table like bottles of ketchup and mustard at a diner. The food is very, very good: I ate a mizuna salad with a funky baccalà dressing, and I’d like to eat it again, every day for the rest of my life. Housemade fusilli pasta was strong and tender and mingled with soft bites of lamb neck, somewhat random slices of orange and super-thin, impressively crispy discs of fried eggplant. The pizza—I got the sausage-mushroom-onion pie dubbed the “combo”—owes a small debt to Neapolitan pies, but is ultimately its own thing, and that thing is soft in the middle and chewy around the edges. It’s satisfying, but it’s not the best pizza in town. It may, however, be the best pizza in the neighborhood, and because that’s the role of a local pizza parlor, that’s good enough for me.

There is one way Reno becomes more than a neighborhood spot, and that’s in the pastries. At night, they are well executed but, as a friend put it, “very Applebee’s”—so much so that you expect the descriptions (brownie sundae, apple crisp) are code for something deconstructed or otherwise unexpected. But they’re not. To take advantage of Wyer’s creativity, you have to visit in the daytime, when her pastries line the counter. But just so you know, there’s no code here, either. A snickerdoodle muffin really is a muffin living as a snickerdoodle. At Reno, what you see is what you get. 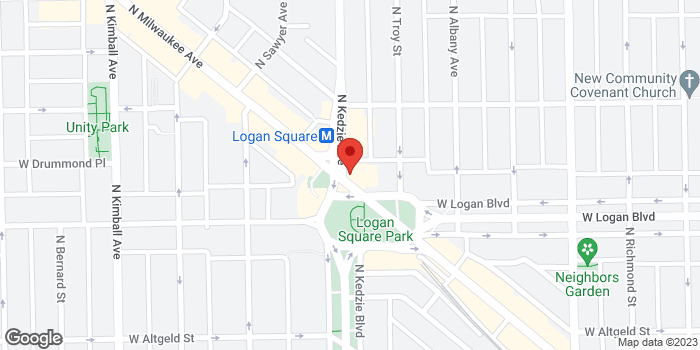