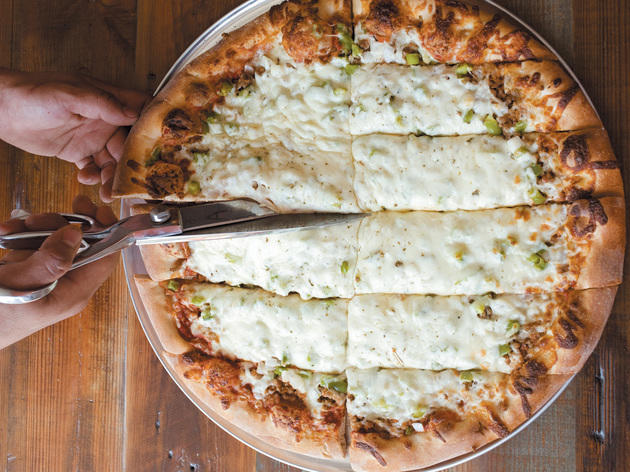 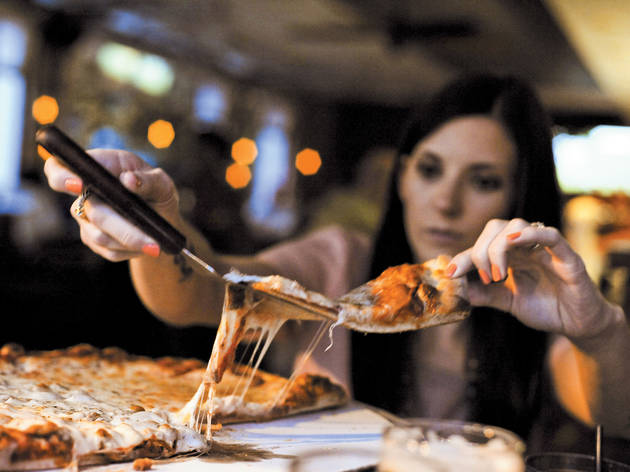 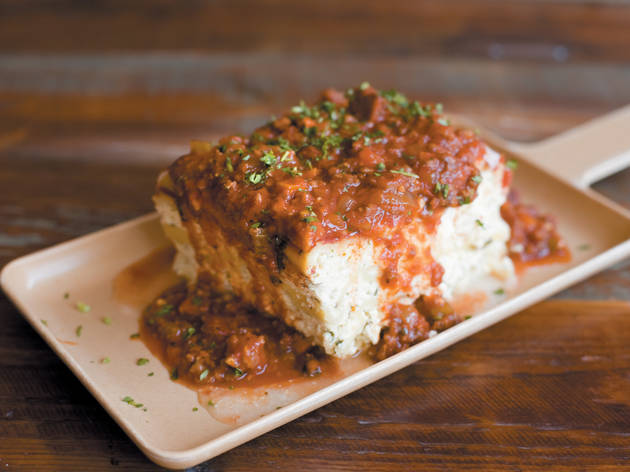 The shtick at Roots is that it hawks pizza in the style of the Quad Cities. This is, surprisingly, not a style dreamed up by a marketing department. Quad Cities pizza has very real marks distinguishing it from other pies: There’s malt in the crust, it’s cut with scissors, and the whole thing is blanketed in a very specific—yet still very bland—layer of white cheese. Furthermore, people in the Quad Cities love their pizza with a conviction that Chicagoans are hopeless to match. Our deep dish is divisive. The Quad Cities style is universally adored.

Until you leave the Quad Cities, that is. Here, safely outside the Q.C.’s borders, there’s no obligation to like the stuff. But it turns out the Quad Cities style can cross county lines and be successful elsewhere. This is probably due to the fact that it is, at its core, pizza, and as the old adage goes, bad pizza is hard to find. But it is also due to details such as the sausage in the sausage pie (crumbly and aggressively seasoned and made in-house), and the smattering of herbs on top of the cheese, a final touch that exceeds aesthetics to offset the pizza’s sweetness. (And make no mistake, the pizzas here definitely are sweet. Call the crust “malty” if you want—I tasted something more akin to a touch of honey.)

Roots’ attention to detail extends to other parts of the menu, such as its mozzarella sticks, which are stuffed with cheese the restaurant pulls itself. The result is a very fine cheese stick (though, again, when are these things bad?); crunchy, accomplished salads; and a comprehensive list of Midwestern beers organized by state. The extent the place goes to assure quality is a little surprising for a bar that from the outside seems as fratty and obnoxious as the Fifty/50 (Roots’ sister business), and ultimately this may be a better shtick than the one the restaurant has chosen. You say the Quad Cities cuts their pizza with scissors? I’m asleep already. But a bro bar putting out quality food? Tell me more.