Giuliana and Bill’s place. The new Rancic restaurant. The Rancic-Melman spot. If this is how you would describe RPM Italian, you’ve probably already been there. And you’re about to be a little annoyed because the person tasked to review this place—yours truly—had never heard of Bill and Giuliana Rancic. That was before R.J., Jerrod and Molly Melman announced they were opening a restaurant with them. Now I’m aware, per Wikipedia, that he won the first season of The Apprentice and she is an E! News host.

Should it matter? Is someone who’s never seen a basketball game unfit to review Michael Jordan's Steak House? Of course not. But RPM is a different beast: It’s less a restaurant than an entertainment center, a locus of platform pumps and towering slingbacks and strappy sandals. A place where men and women—many, many women—come for something more than just the food. To eat here is to hypothesize about whether R.J. and/or Jerrod are single (anyone?), to potentially spot a celebrity (in Chicago, Bulls players count), to maybe—possibly—touch up your makeup in the bathroom next to Giuliana (odds are slim), or even to become a celebrity yourself (a permanent sign outside warns: attention: possible photo & video shoot….your entry onto the premises will constitute your consent to use any photographs or video taken that may contain your image).

RPM is built for this. The room has real glamour to it: It’s sophisticated and stylish, and as the army of servers in stark white blazers (dry-cleaning-bill hell, to be sure) moves through it, it’s hard not to feel the restaurant radiates a certain…star quality. Whether it’s the room’s sophistication, the menu’s price points (more on that later) or E!’s audience, the crowd is, in my experience, an older one than Paris Club’s and certainly Hub 51’s. But these women don’t care if they’re 60—they are not going to budge from the table they’ve laid claim to in the bar area. (This part of the restaurant is first-come, first-served, and it’s an agoraphobe’s nightmare.)

There is something else besides the median age that’s different about RPM from the Melmans’ previous restaurants, Hub 51 and Paris Club. The P in its name stands for Doug Psaltis, a chef who made his name working for David Bouley and Alain Ducasse before opening Country, which Frank Bruni awarded three stars in the New York Times. This is probably not the analogue the Melmans are hoping for, but RPM is the most “chef-driven” restaurant Lettuce Entertain You has opened since L2O. The prices are higher than at Hub or Paris—or competitors like Tavernita and Mercadito. The ambitions are higher. And, it can’t help but follow, the diner’s expectations are higher, too.

In a few ways, RPM succeeds at reaching those aspirations. The cocktail program from Paul McGee (ex-Whistler) is a major accomplishment, not only because the drinks are fantastic (especially the effervescent Negroni Sbagliato, a perfect aperitif) but because they taste exactly the same whether McGee is there or not. (On my two official review visits, he was not.) The desserts are very simple but very good, from supremely light cannoli to the gooey pine-nut cake to the tartufo, a giant ball of hazelnut ice cream coated in chocolate-hazelnut crunch. And there is—and I don’t say this lightly—a remarkably good salad, the RPM Caesar wedge, which combines the best components of each of those classics (Russian-ish dressing from one, whole anchovies from the other), then gilds the lily with polenta croutons.

I suppose there are worse things than a restaurant that excels at cocktails, desserts and salads. Especially when that restaurant has polished service and an alluring look. But in some ways this only heightened the disappointment I felt as I trudged through the exercise in mediocrity that is the menu. The textbook burrata is a safe choice and certainly a better one than the chewy, overcooked, ill-conceived “lobster caprese.” The soft, all-beef meatballs in a wan tomato sauce are inoffensive…a trait that became a theme when I got to the entrées, such as dull chicken with sautéed peppers and bland sole oreganata. The whole grilled branzino was beautifully prepared, but the price is comical: $58 for the same size whole fish you can have at Avec for $28. And the housemade pastas, which should be RPM’s crown jewels, are in fact the most problematic section of the menu, from the too-sweet short-rib pappardelle to lobster-stuffed spinach ravioli that taste like something from a freezer aisle.

I’d like to take the blame here and say I ordered wrong. At least that’s what I thought after my first visit. Which is why before my last trip to RPM, I printed out the menu and highlighted the dishes I’d tried, looking for patterns among the few things I’d liked. Maybe if I studied the page seriously enough, I thought, some sort of code would be reveal itself to me, and I would locate the menu’s gems. It didn’t happen. And no restaurant should turn the prospect of having an impressive meal into this difficult a challenge anyway. 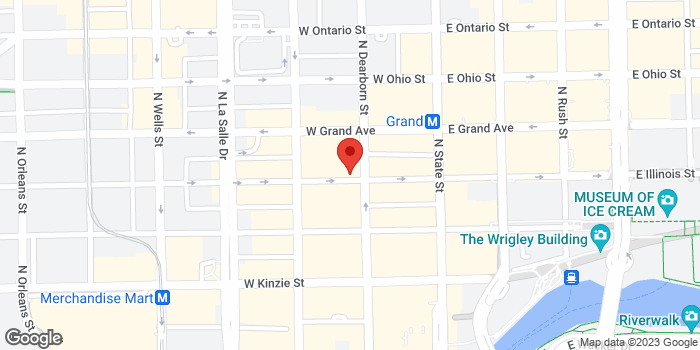