Restaurants, American Loop
3 out of 5 stars 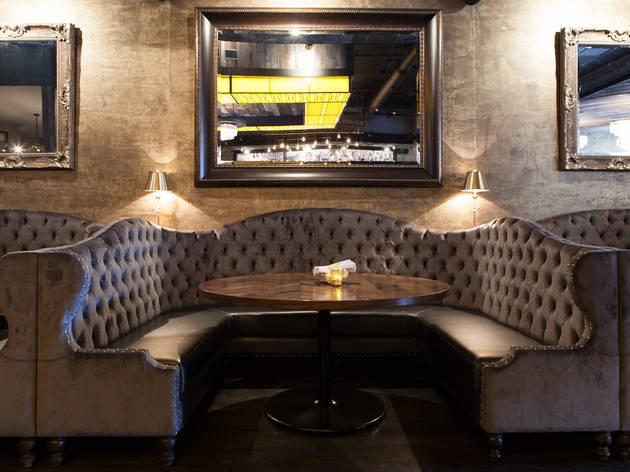 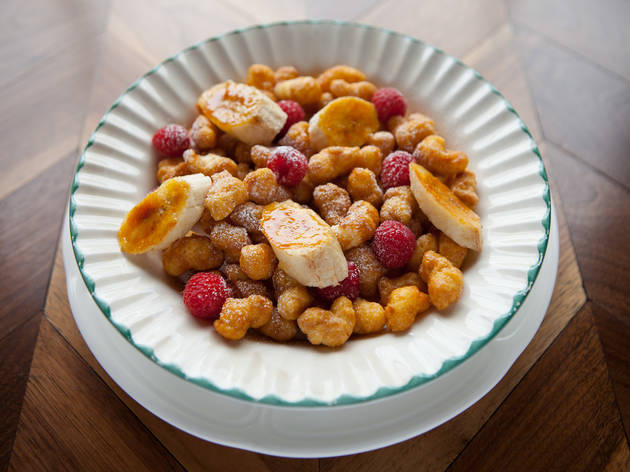 2/8
Photograph: Martha WilliamsThe breakfast "cereal" bowl is on the menu at Seven Lions. 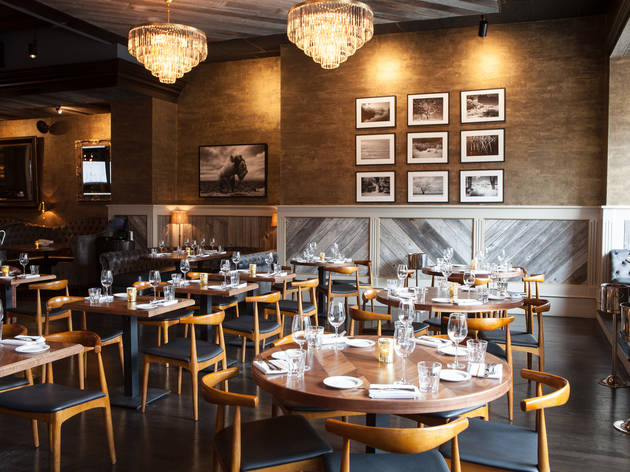 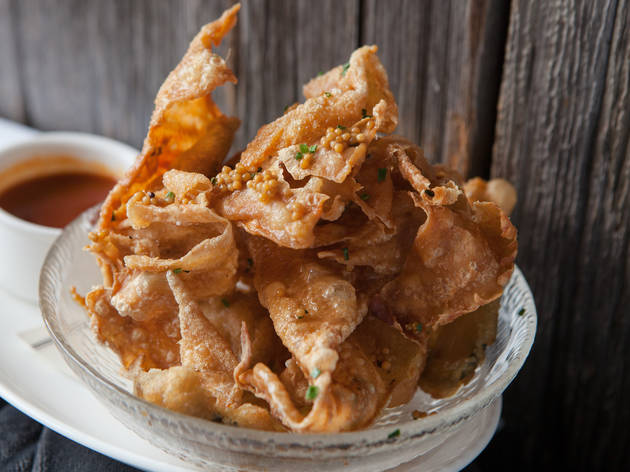 4/8
Photograph: Martha WilliamsFried chicken skin and pickles&nbsp;is on the menu at Seven Lions. 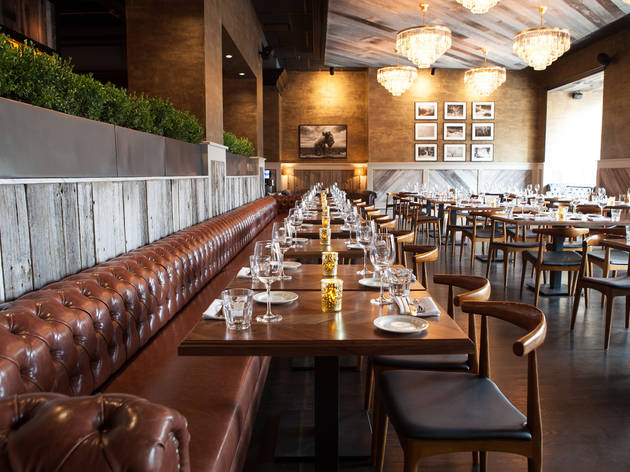 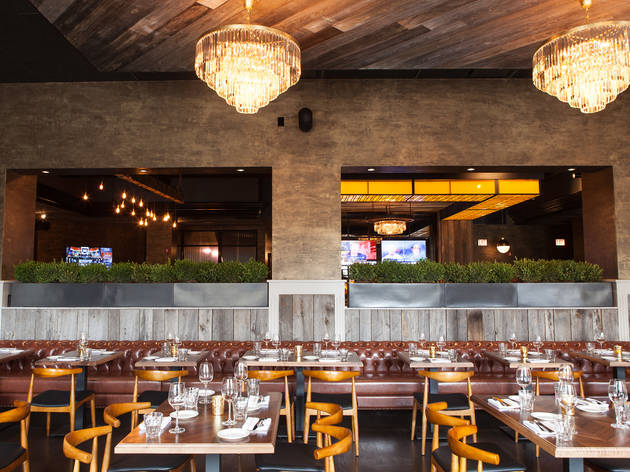 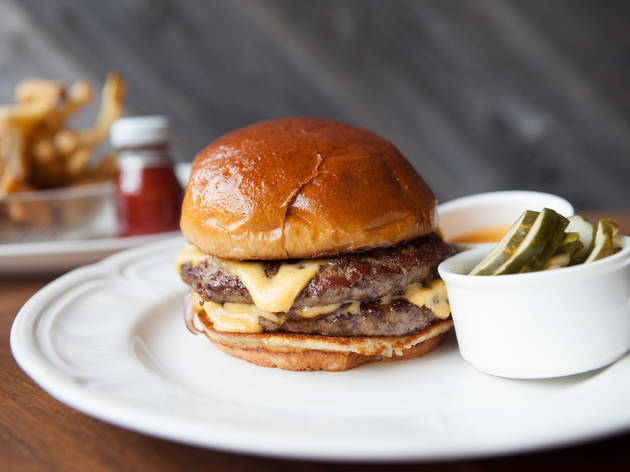 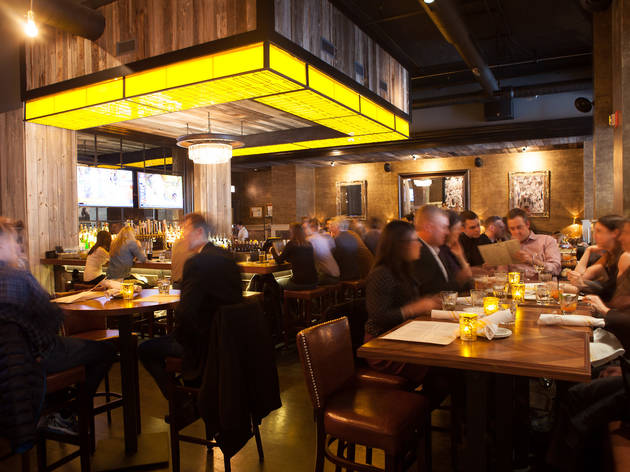 Alpana Singh knows what people want. The master sommelier’s new restaurant, Seven Lions, is across the street from the Art Institute, and she knows the dining options in the area are fairly weak, so there needs to be a crowd-friendly place to go. She knows some people will want wine (natch), but others will want cocktails or a $5 Miller Lite. She knows there needs to be a bar, so it comprises half the space and there are TVs showing sports. And the former Check, Please! host knows what people want to see—her, and on a recent evening, she was there, taking photos with a group of diners.

Seven Lions is Singh’s second restaurant, but it’s the kind of crowd-pleasing place she probably should have opened first. Her first spot, the Boarding House, a four-level space in River North, had a rough start in terms of food, but the current chef, Tanya Baker, is a finalist for the James Beard Award for Rising Star Chef of the Year, and the food has improved considerably. While Boarding House took awhile to find its groove and Seven Lions has some execution issues to fix, it’s exactly the right kind of restaurant for this huge, busy space.

Chef Chris Curren’s menu is classic American and the dishes are all approachable, like a solid burger, with two thin patties, oozing American cheese and red onions; a barely dressed pea shoot salad that leaned heavily on chunks of salty feta; and an excellent half chicken, with tender meat, a confit leg and thigh, well-salted gravy and nubs of spaetzle. But while some twists on classics succeed, like a hot wing–esque dish of fried chicken skin and pickles with sriracha–honey mustard dipping sauce, others don’t—the shrimp cocktail, a play on shrimp and grits, came with a greasy warm grit cake and rubbery shrimp. There were other misses, including a black cod dish served with perfect ricotta gnocchi but oddly flavorless fish, and the mai tai custard pie, cutely named but garish, with too much going on: phyllo-wrapped custard with crispy rice noodles, pineapple sorbet, mai tai syrup with tiny cubes of pineapple, and an orange, cherry and pink cocktail umbrella garnish. But another dessert, the breakfast “cereal” bowl, was the best dish I had at Seven Lions, if not the best dessert I’ve had this year—with vanilla panna cotta, toffee corn puffs (which should be bagged and sold as a cereal), raspberries and caramelized bananas, it’s a playful dessert that could easily serve a group.

Like at Boarding House, wine is the focus, although Seven Lions’ list is more streamlined. It’s all American (except for Champagnes), and while longer than most restaurants’ lists, it’s shorter than at Boarding House. A flap on the dinner menus lists wines by the glass, and a separate two-sided menu lists wines by the bottle. Trying one cocktail, Gilf Trip, overloaded with booze (whiskey, maraschino, Laphroig spritz, barely balanced with falernum and orange bitters), was a reminder—in an Alpana Singh restaurant, you drink wine.

The glass list is short but full of good picks, from a well-balanced Napa rose (there’s a single rose on the menu) to a crisp, vibrant albarino our server suggested as an opening glass. Most of the available wines are in bottles and many are less than $50. But while there’s a lot to choose from, I wished for more (and this is a greater wish for wine service in Chicago): wines poured tableside, tasting samples, details about the wines, why the wines would pair well with the dishes they were intended for. Our server offered my dinner date and I half-glasses of a clean pinot grigio to pair with the shrimp cocktail, which was appreciated, but a few more details can help turn more people into serious wine drinkers. And if there’s anyone who can convince Chicago to become a serious wine city, it’s going to be Alpana Singh.