Son of a Butcher Tavern 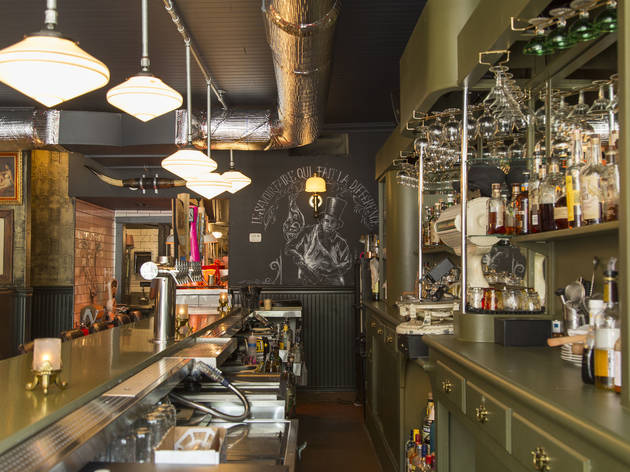 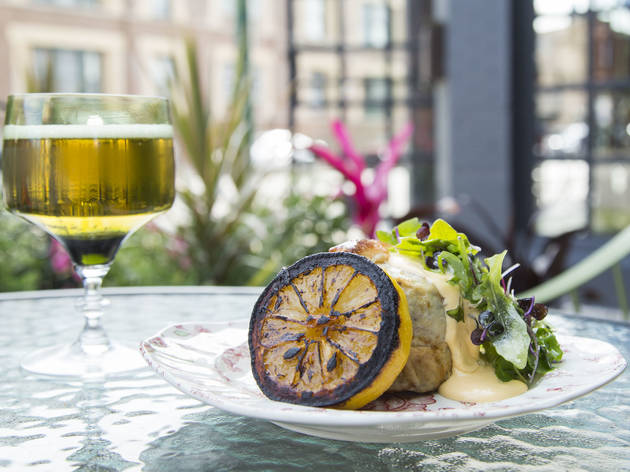 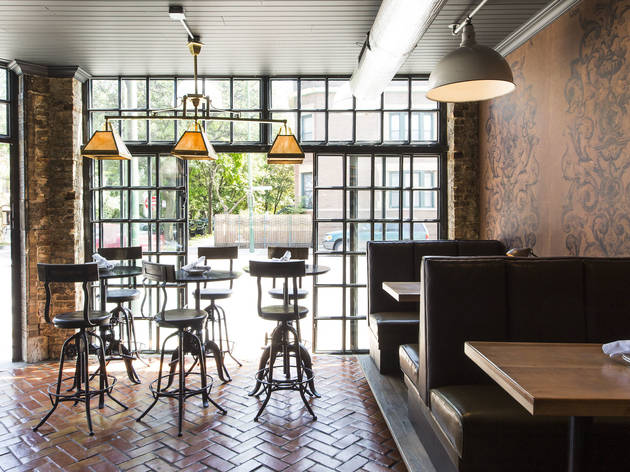 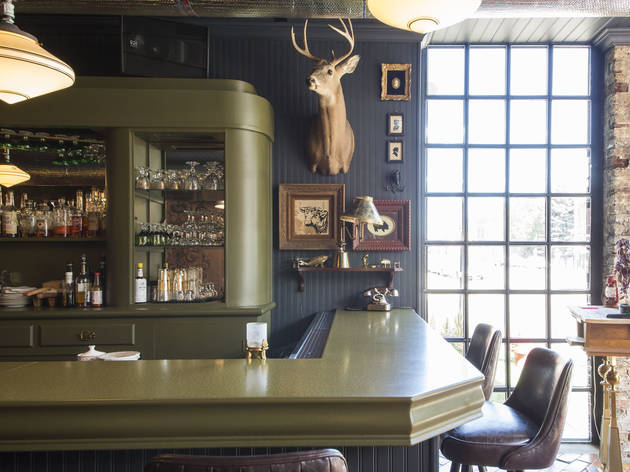 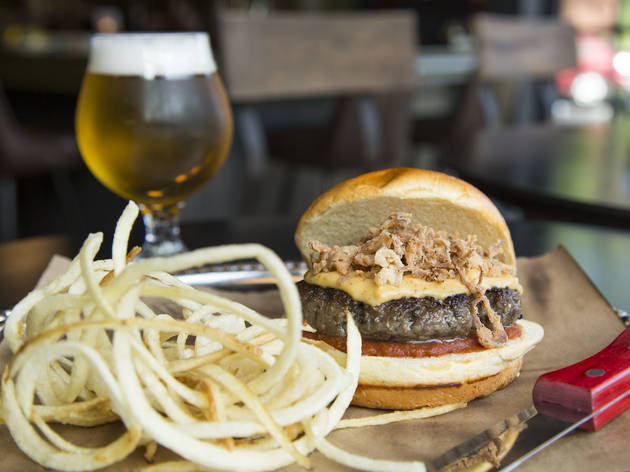 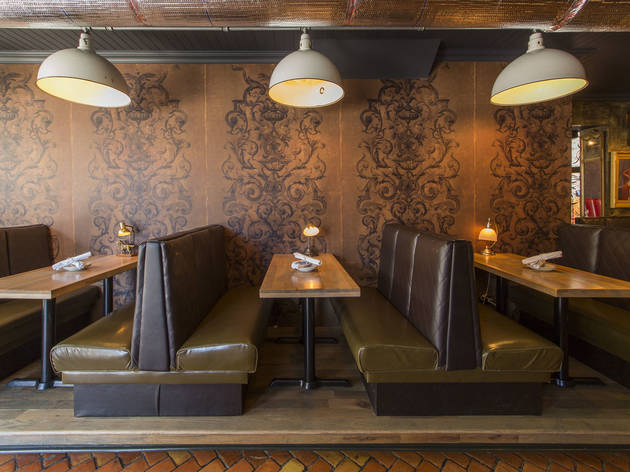 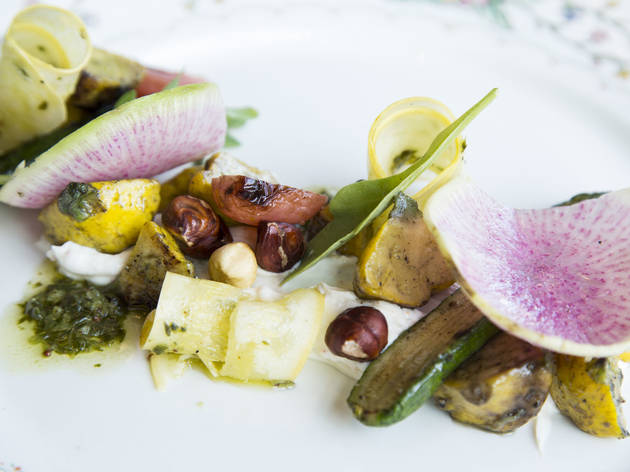 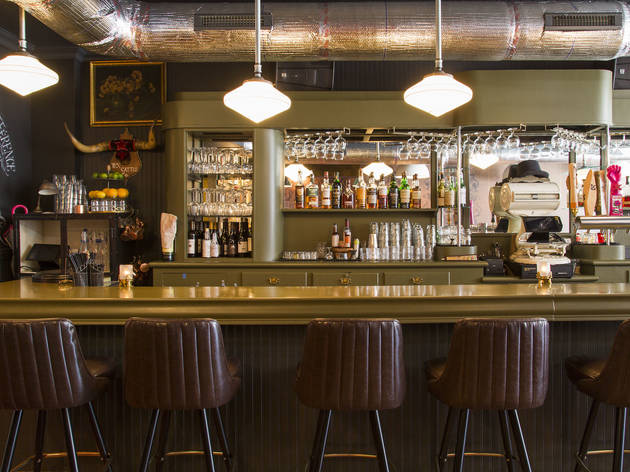 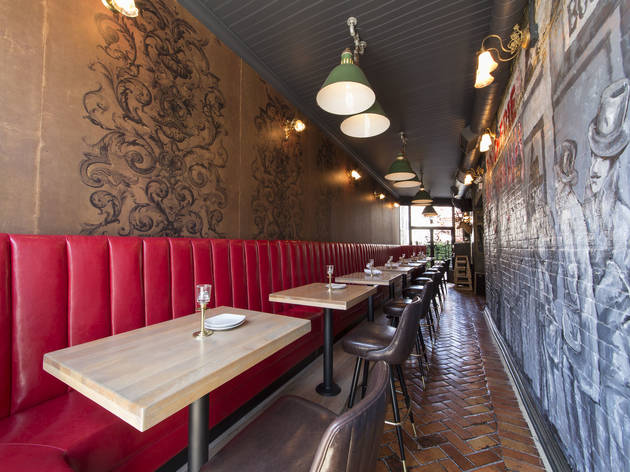 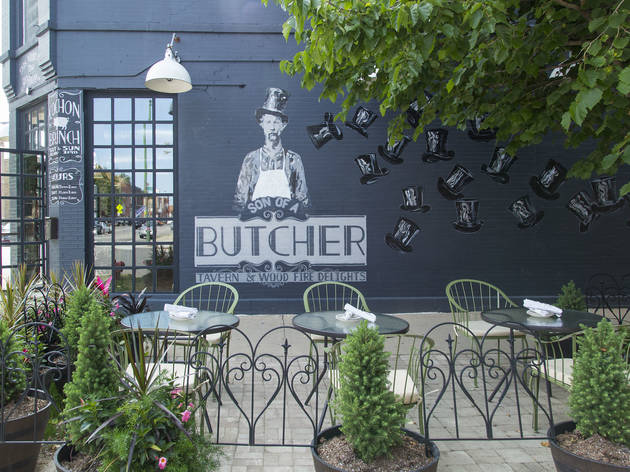 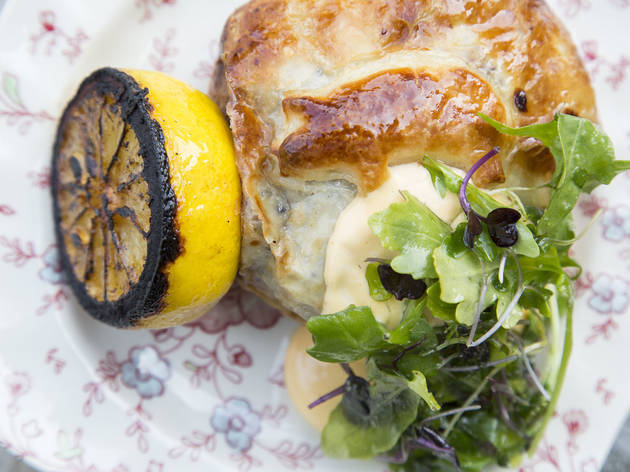 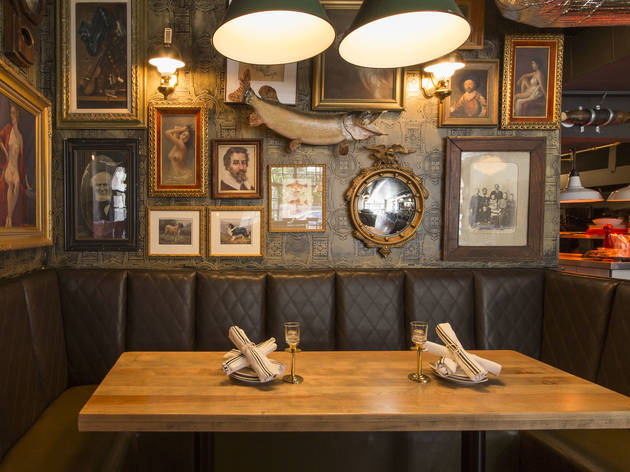 Chicago has returned to its steakhouse roots lately with numerous contemporary takes, and many more on the way. But while the name suggests that Son of a Butcher belongs in that conversation, it takes a different approach to meat—specifically the off-cuts, like beef tongue, which a butcher would eat at home.

So upon sitting at the Logan Square restaurant, from owner Adolfo Garcia (Pearl Tavern, Heating & Cooling) and chef Frank Valdez (Mexique), it kind of makes sense that diners receive a complimentary plate of ham and pickles—although the tiny scraps and fatty pieces seem more like the discarded remnants of someone’s charcuterie board. But it’s something to pick at while perusing the menu, which consists of small plates, large plates and sandwiches.

Offal is nothing new in Chicago, so the heart and bone marrow don’t pose a big challenge for diners—though having "butcher" in the name suggests serious butchery work is happening here, so you’d expect to find some prime cuts alongside the offal. Instead, there are mostly vegetarian starters, like heavy goat cheese fritters, an overdressed squash salad and a tasty “cochinita pibil” hummus, seasoned with annatto. Entrees include an underseasoned pork cheek torta and a leaden beef burger, while the oddest sounding combo—mussels and meatballs—works, thanks to a lively tomato, bacon and piquillo sauce that complements both proteins. But the entrees ranged from cold to lukewarm, and service from disinterested to smothering, so by the time dessert arrives, it’s a relief that the single offering is pie from Bang Bang Pie Shop. There’s a balance to strike at Son of a Butcher, but they just haven’t found it.

Atmosphere: The design is an eclectic combination of things, including old photographs and paintings, taxidermy and knickknacks.

What to eat: Hummus, mussels and meatballs, pie.

What to drink: On the cocktail list, the Smokin’ Rose is pleasantly smoky with mezcal, blackberry and Peychaud’s, but others, like the Butcher Fashioned (more of a Sazerac), were out of balance. The beer list has plenty of good stuff, though, so try an Off Color beer or Vander Mill Cider.

Where to sit: There’s a mix of bar seating and tables, as well as a patio along N Richmond St. If it’s nice, grab a spot outdoors.

Near Son of a Butcher Tavern