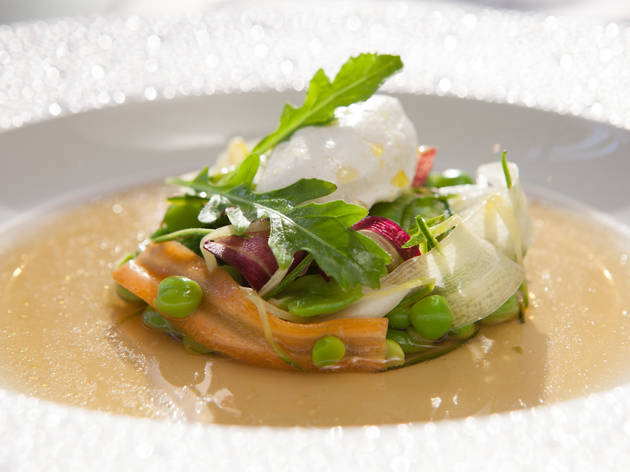 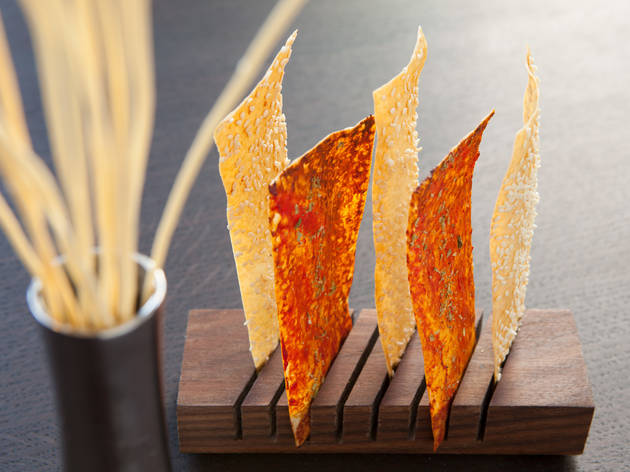 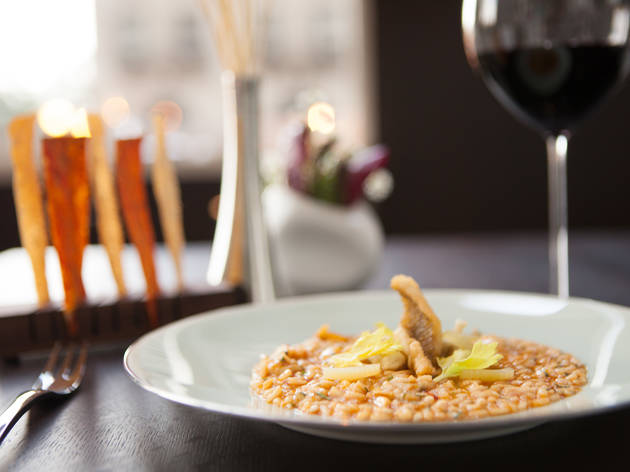 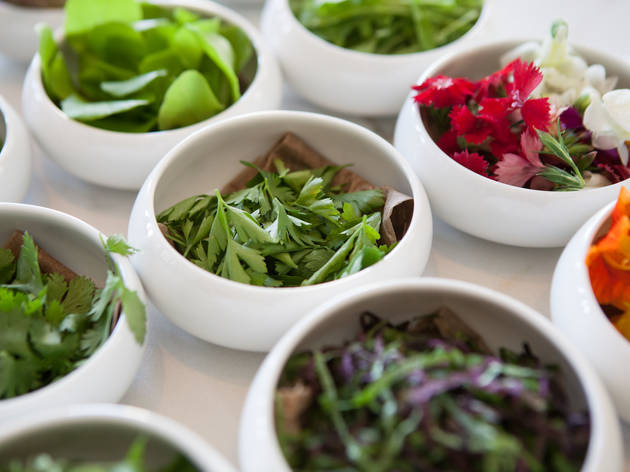 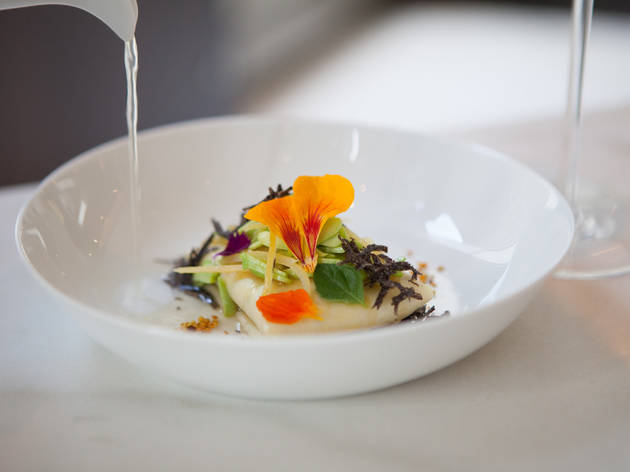 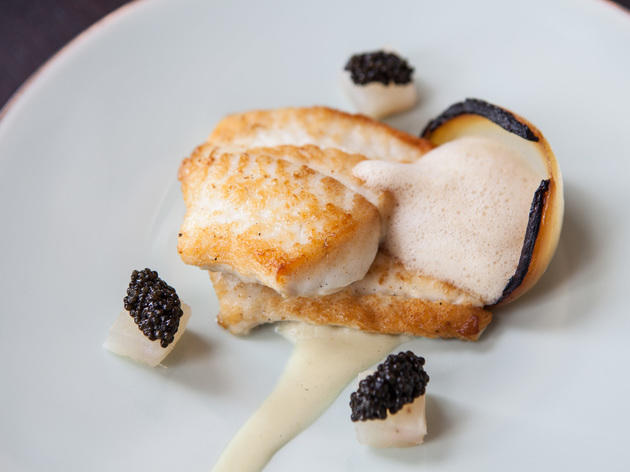 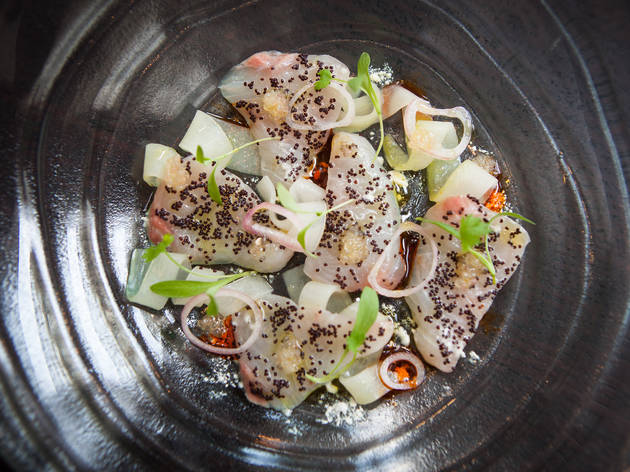 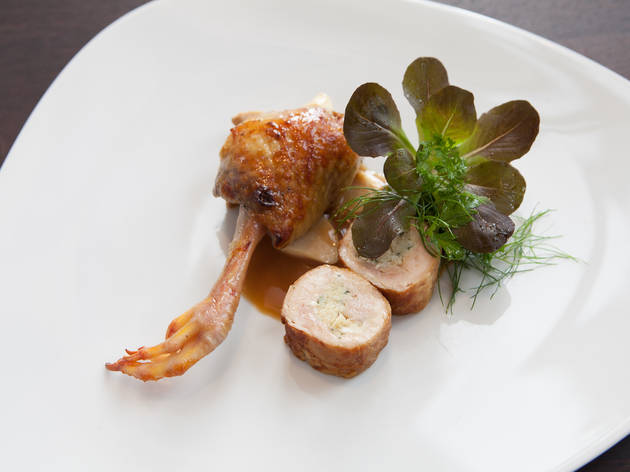 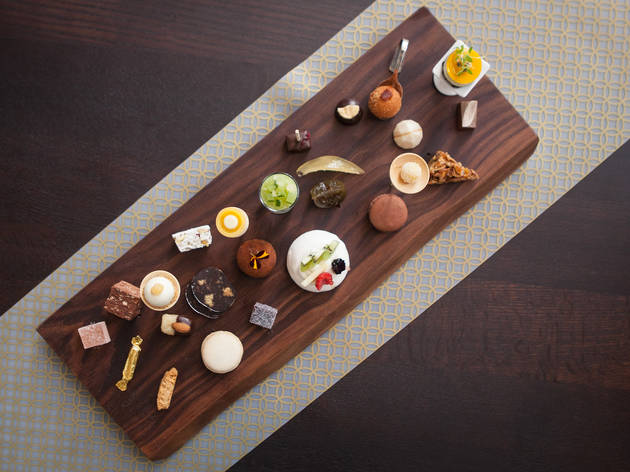 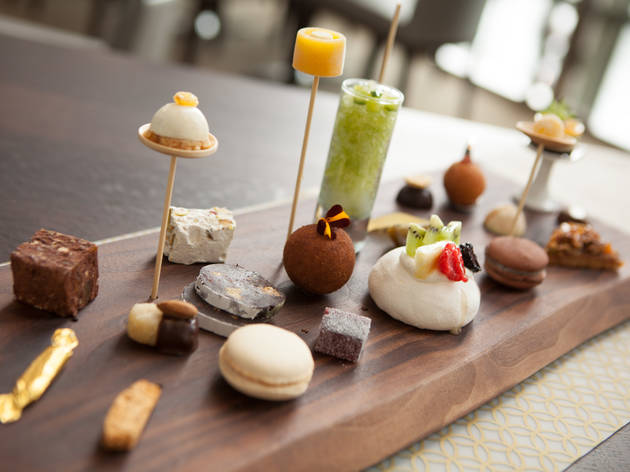 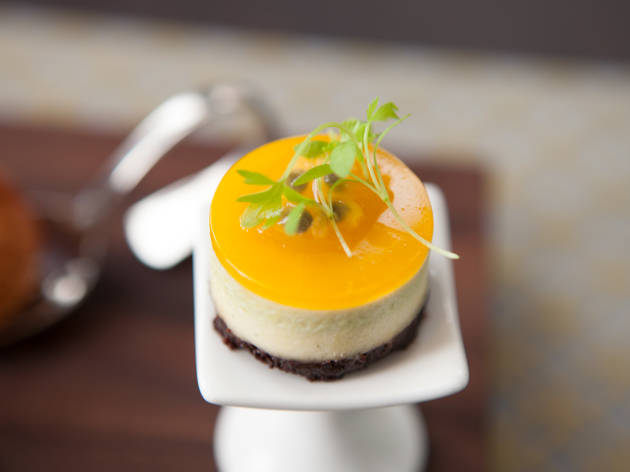 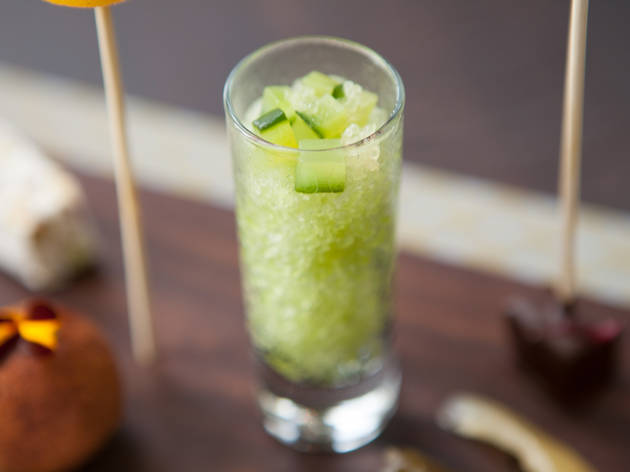 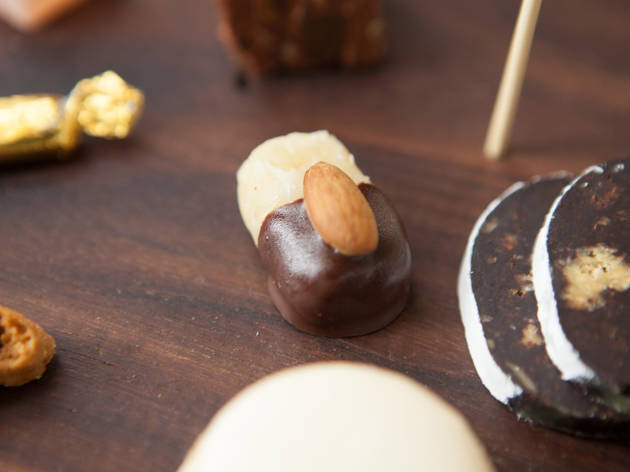 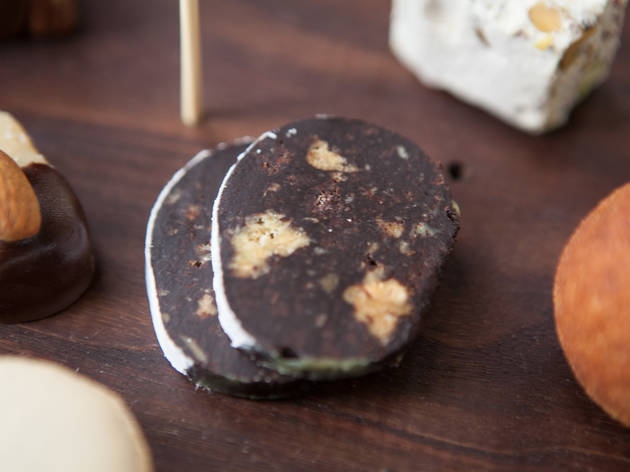 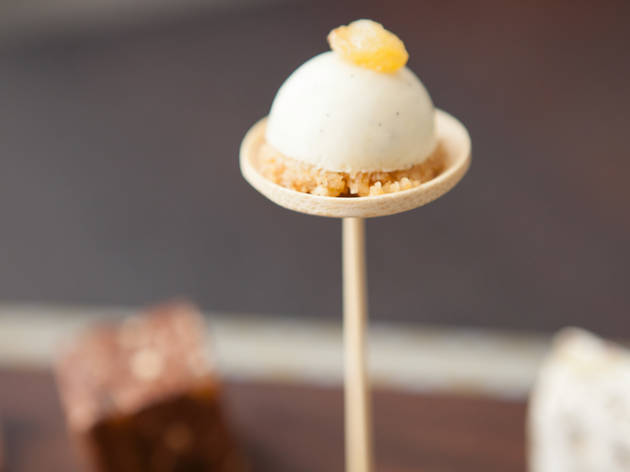 “That’s absurd,” I told my dinner date, when the server suggested we order the 25-piece dessert tray as our final course at Spiaggia. “We’ll be fine with the 12-piece.”

I could not have been more wrong.

A runner was placed on the table for pastry chef Nicole Guini’s dolcini board, which features a variety of doll-house sized desserts. A four-layer cake perched atop a tiny white cake stand. A cookie, made with chocolate, nuts and powdered sugar, resembled a slice of salami. A blue cheese macaron evoked an after-dinner cheese plate. Rice pudding was reinvented as a warm sphere of arancini. An ethereal pavlova was bejeweled with berries, kiwi and pineapple. Each bite was magical and surprising—exactly what you’re expecting when you’re dropping $400 on dinner.

Guini is just one of the new faces at Spiaggia, Tony Mantuano’s iconic Italian restaurant, which has been completely revamped for its 30th birthday. Sarah Grueneberg is gone from the kitchen and Chris Marchino is in as executive chef. Rachael Lowe is the new sommelier. The space has been redone—the entrance features bottles upon bottles of wine, the tables all face the windows and offer views of Michigan Avenue, there are new chandeliers and everything is brighter and fresher. There’s a new lounge menu. The jacket policy has been retired, though I only spied one man and a well-behaved eight-year-old taking advantage of the relaxed rules.

While the vibe is more relaxed, the food is still elegant and beautiful. The snappy and lively yellowtail jack crudo, my favorite savory dish, was curled up like roses and featured a mix of textures: cucumber, cilantro and a hefty shake of poppy seeds. Paper-thin slices of sesame and tomato focaccia, arranged upright in a wooden holder, were placed on the table with our cocktails: the potent Criminalita, a Boulevardier strengthened with Fernet, and the Spring Feeling—gin, lemon and radishes dominated by an assertive amount of Chartreuse.

Other dishes were marred by an aggressive single ingredient. The turbot entrée (the dish now uses Atlantic hake), was a perfectly cooked but outrageously salty plate of fish served two ways, with a slice of onion confit, a delicious creamy oyster sauce and big dollops of caviar. Tons of truffles were showered over the ravioletto, (“gluten-free!” our server told us, a detail not mentioned on the menu) a single undersalted, slippery ricotta pocket lightened up with fava and lemon. The primavera starter, a mélange of vegetables (peas, beans, radishes) soaked in a chamomile broth. The dish was great—provided we could avoid scooping up any of the overpowering horseradish crema. A couple other dishes suffered from underseasoning—both the guinea hen, presented both as a whole leg and wrapped around a crab filling, and the extremely al dente fried seafood risotto, could have been a livelier.

While the dishes needed a little refining, the service is already as refined as can be. Service was attentive and efficient, but not too stuffy, and each of our requests for a wine pairing was met with a perfect suggestion from Lowe’s encyclopedic list of Italian wines. The drink menu also includes an interesting and extensive selection of Italian beers, which I hope to someday explore further over snacks from the lounge menu while seated at the bar or the ham counter, where it’s someone’s job to shave off bits of Italian hams. Things have changed, but Spiaggia is still a place quite unlike any other.