Alinea Group’s take on the classic supper club is charming and enticingly casual.

I’ve never been to a proper supper club, the old-fashioned, steak-and-potatoes establishments found throughout the Midwest. I have, however, eaten a hell of a lot of prime rib—mostly because it’s one of my dad’s favorite occasion meals. His joint of choice is Lawry’s The Prime Rib, the River North link of a chop house chain that sports retro decor and menu items like prime rib carved tableside and a signature spinning-bowl salad.

Before I even stepped foot inside St. Clair Supper Club, Alinea Group’s cozy ode to the Midwestern tradition, a dear friend from Milwaukee had informed me of the restaurant’s three offending omissions: There’s no bar to stand around with a drink before getting seated, no relish tray (assorted raw and pickled crudites with butter), and—perhaps most egregiously—no ice cream cocktails.

In his defense, co-owner and famed chef Grant Achatz hails from Michigan, where supper clubs aren’t as ubiquitous and sport some regional nuances. “I grew up in St. Clair working in my parent’s diner, which is a derivative of the supper club, and going to places like this with my family,” he says. As a kid, Alinea Group co-founder Nick Kokonas visited Portage, Wisconsin, where his family frequented Trail’s Lounge, a traditional supper club that serves twice-baked potatoes and slow-roasted prime rib. Before Kokonas was born, his dad owned James Lunch, a Skid Row diner that’s homaged throughout St. Clair through roguish cartoons drawn by a former patron named Paulson.

As instructed, we entered through sister spot Roister, from which a host led us downstairs into the dark, wood-paneled St. Clair, where the Animals crooned “House of the Rising Sun” at a pleasant volume. I was disappointed that the $50 deposit I paid with my Tock reservation didn’t guarantee Dad and me a seat in the snug dining room. Still, the counter seats are the best way to watch a handful of studious chefs in crisp whites deftly slicing rare beef.

As per steakhouse protocol, I started with a dirty gin martini, which was beautifully calibrated but short of my preferred, glacial temp. Dad ordered the orange-scented brandy old fashioned. “Sweet or spirit-forward?” the server asked. To which he responded, “Huh?” He explained that sweet is best suited for supper club purists, while booze-forward is the right mix for Irish-American Dads. Buttery dinner rolls arrived in a little green basket with our drinks.

A sizeable, thickly dressed Caesar salad was quintessentially zingy, its crunchy romaine and house croutons obscured by a blanket of Parmesan. Another textbook appetizer, shrimp cocktail, was exceptional—the fat coral curls had a slight bounce and were scented with lemon and woodsy bay. Without bothering to taste the cocktail sauce, Dad promptly improved it with an extra scoop of sinus-clearing horseradish.

The prime rib arrived as thick, reddish rafts edged with melty fat and pepper-flecked bark, set afloat in a pool of velvety jus. The meat itself was outstanding—seasoned clean through and tender from salt curing and a slow, low roast, though we agreed that it was more rare than the stated medium rare. Silky creamed spinach and a crispy, butter-slicked Yorkshire pudding balloon completed our spread of upmarket Americana. An indulgent smear of 50/50 mashed potatoes (half represented by butter and cream) seemed stingy for its $12 price tag.

A monstrous, trembling wedge of grasshopper pie with piped whipped cream was a minty cloud yoked to an Oreo crust that transported me to skinned-knee summer days. Its decidedly adult accompaniment of single-barrel, Iowa rye whiskey smelled of vanilla and went down easy.

“How about you top those off for us?” Dad asked, nodding to the half ounce left in the the slender bottle as he side-eyed me devilishly. Another splash of the good stuff, another half-hour in the familiar embrace of conversation, tinkling glassware and ’60s and ’70s rock amid the comforting aromas of peppered beef.

What to eat: Choose-your-thickness prime rib anchors this focused, meat-and-potatoes menu, refreshingly rigid to the point of encouraging vegetarians to eat elsewhere. Shrimp cocktail is a must, as is the minty grasshopper pie. Forthcoming daily specials include pricey Friday fish fry and pot roast.

What to drink: The brandy Old Fashioned is a deliciously Midwestern classic. As a heads up, wine is only available by the bottle, but you can take home what you don’t finish. The team may yet add glass pours to the beverage menu.

Where to sit: This subterranean eatery’s limited seating makes reservations a must. 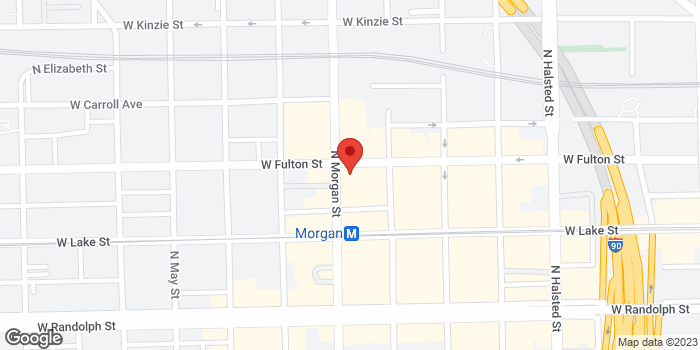