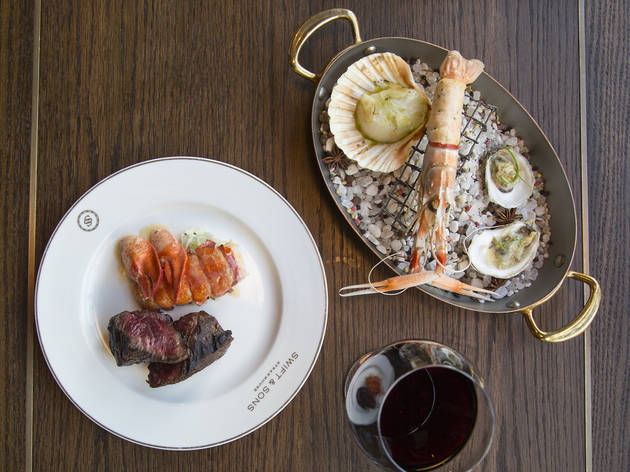 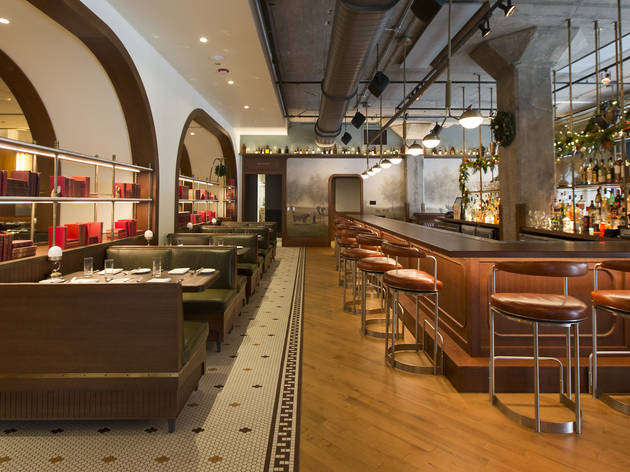 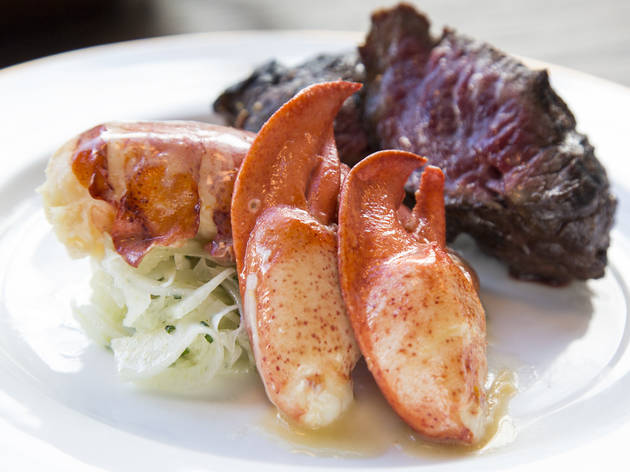 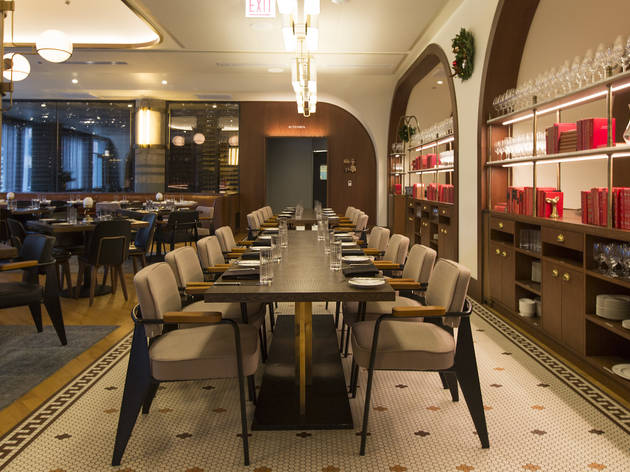 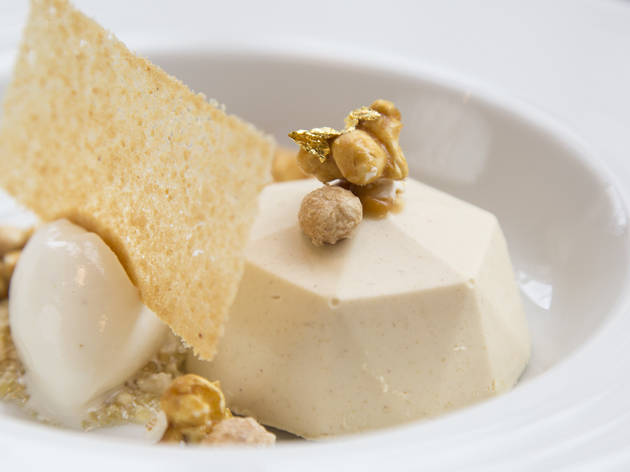 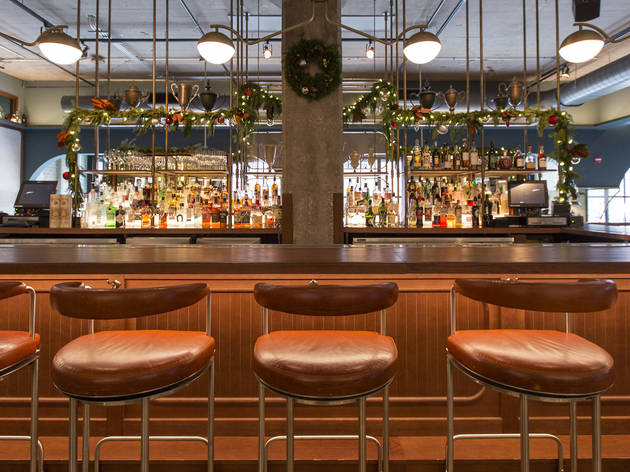 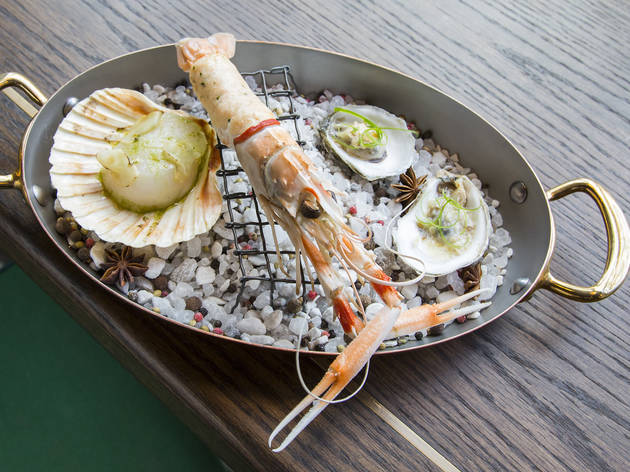 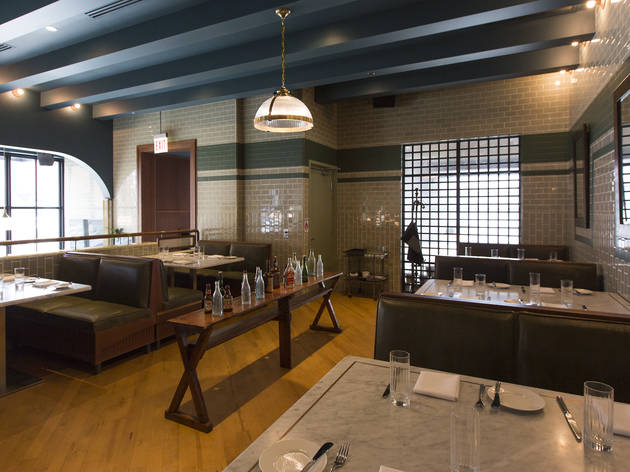 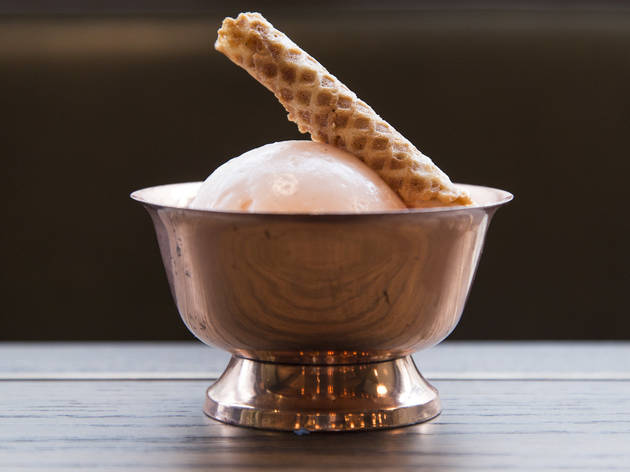 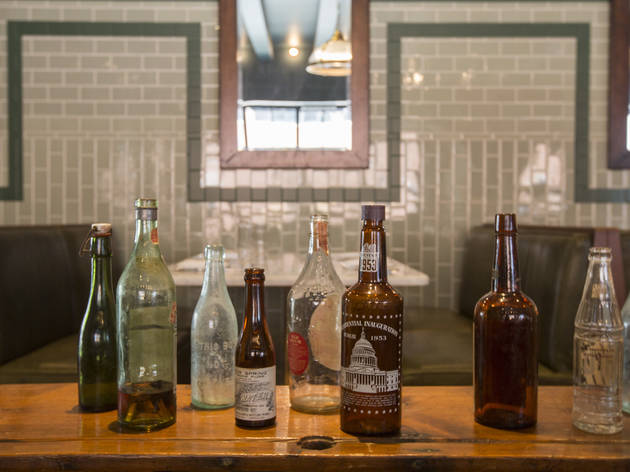 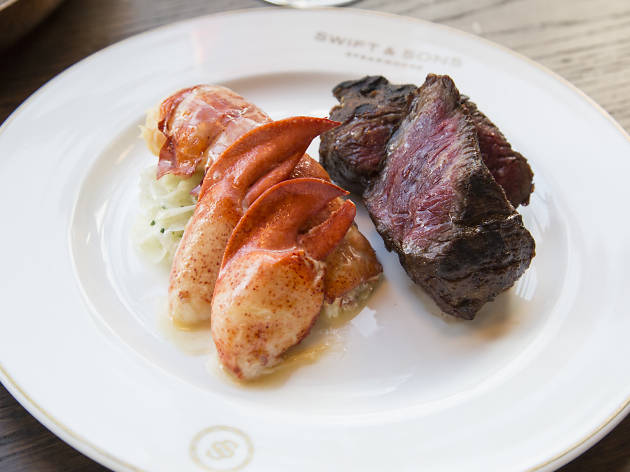 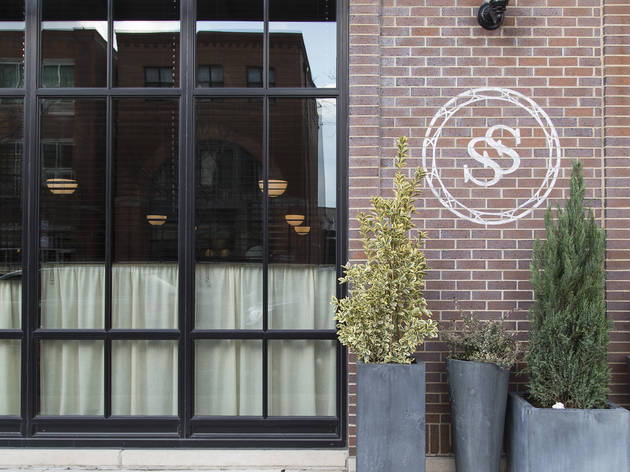 The West Loop steakhouse offers a fresh take on the genre.

Take the hot platter, a spin on the traditional icy seafood tower (you can get one of those, too) with a langoustine stuffed with fluffy shrimp mousse, a pair of oysters basking in bonito butter, and, since the kitchen was out of the usual scallop on my visit, a marvelous clam packed with bacon, breadcrumbs and melted cheese. Surf and turf features an eight-ounce cap steak, beautifully tender with gentle ribbons of fat and served alongside citrus-poached lobster perched atop ribbons of fennel. Tartiflette, a potato gratin, comes layered with caramelized onions and slices of country ham—as expected with country ham, it’s a salt bomb, but it’s hard not to enjoy the cheesy dish. Not everything is reinvented, or needs to be—bone-in ribeye comes with a flawless char and a savory, zesty steak sauce; white wine brightens creamed spinach, and steak tartare is chopped up with cornichons and mustard seeds. The textures are spot-on, though it needs another shake of salt.

Meg Galus excels in the dessert department—her S&S Cracker Jack, light peanut butter mousse balanced with salty popcorn sherbet and crisp caramel corn, perfectly nails the salty-sweet elements I love in dessert. But props to our charming server, Patrick, who pointed us toward the refreshing, gently bitter grapefruit sorbet. The desserts provide an alternative to traditional heavy steakhouse sweets, and it’s just one more example of the thoughtfulness evident throughout Swift & Sons.

Atmosphere: If the food updates steakhouse classics while nodding to its origins, that’s true of the restaurant design as well. Swift & Sons is fittingly located in an old meat storage facility, and designers AvroKO (the firm behind Momotaro) fit curved leather booths, bookcases, a wine cellar and other elegant touches around rough concrete columns.

What to eat: Hot platter, surf and turf, grapefruit sorbet.

What to drink: The wine list is huge, but our server did a great job with helping us find wines, including a Napa Valley cabernet sauvignon with bursting red fruits to pair with the ribeye. The cocktail list features well-made riffs on classics, like West Branch, a lightly sweet Black Manhattan with bourbon, curacao and Amaro Abano, and Yankee of the Yards, a margarita with herbal sage notes and a smoked sea salt rim. Soon, a cocktail cart will offer tableside martini and Manhattan service.

Where to sit: The space is huge, with lots of different seating areas, including “tavern” seating with tables and two bars, two divided dining rooms and private event spaces, but no matter where you sit, it doesn’t feel like you’re in a giant restaurant.