The cocotte was placed on the table and our server came over to describe the pot.

“There are 19 different vegetables, fruits and herbs in here,” he said of the Spring Garden dish. “Some are roasted, some are raw and some are pickled.”

The vibrantly colored dish was one of the most interesting vegetable dishes I’ve had lately—between roasted onions, shaved radishes, frilly little herbs and other vegetables, each bite was intensely flavored and perfectly executed. It displayed the kind of care for a vegetable dish that I’d love to see more frequently. That the dish was served at a restaurant with "charcuterie" in its name was even more impressive.

But it’s not surprising—Thomas Rice and Kurt Guzowski's Tête Charcuterie feels like one of the more thoughtful restaurants I’ve been to recently. Sure, there’s the recognition that not everyone wants to eat meat all the time (I certainly don’t) and that vegetarian dishes don’t have to be lame. But there’s also excellent charcuterie, a solid drink selection, and a space that feels both lively and intimate.

Located on Randolph Street, Tête is housed in an old meatpacking facility. There’s an open kitchen, big windows looking onto the sidewalk and a meat locker with hanging tubes of charcuterie behind the bar. It’s a big, open space, but it seats up to 65, so tables aren’t on top of each other, and the open kitchen allows you to feel like part of the action.

But you can also ignore the buzz of the room—my date and I took a walk around the restaurant after dinner, because we were so wrapped up in our food that we didn’t pay attention to the chefs. The menu is divided into cured meats, terrines and pates; sausages, snacks and a la carte, which range from salads to more meat dishes. The charcuterie recipes were inspired by the duo’s visits to butcher shops in France and Germany.

Start with a charcuterie plate—the menu says that each one is different and assembled by the chef, but we requested the mortadella, fromage de tete (headcheese, the house specialty) and pate bourguignon, and received all of those, plus pate de campagne, and coppa and salumi barola, both made by West Loop Salumi. I love West Loop’s products, and Tête is serving them until its own cured meats are ready.

While individual cuts of charcuterie feel pricey, the charcuterie plate for $24, which also included four slices of warm toasted bread, a little jar of excellent tangy mustard, and a bowl of tiny pickles, is a steal. While the mortadella could have used more salt, everything else was solid, and the standouts were the pate de campagne, a richly flavored slab of chicken liver and pork with a punch of cognac; succulent cubes of head cheese, with chunks of pork and bits of gelatin to bind it all together; and melt-in-your mouth salumi. This is the best charcuterie plate in Chicago right now.

But it’s not all charcuterie—the sausage section includes the Philippines sausage, with a garlicky longanisa sausage (similar to chorizo), served in a bowl with dried shrimp fried rice, a scoop of fresno chili marmalade and a slow-cooked egg, which, when mixed, provided a spicy, yolky, richly satisfying bowl. While the rillettes of duck confit, tender shreds of duck topped with flowers, rhubarb jam and cracklins, had great texture (and was the prettiest dish of rillettes ever), it was undersalted and dominated by rhubarb.

When everything you’re eating is meaty, salty and spicy, you need a drink to help balance it out. Tete’s drink list is pretty accessible, with three- or four-ingredient cocktails, like the Jackson Blues, a rye-based cocktail that balanced the bitterness of Cynar with the sweetness of grenadine, capped off with egg white froth. There’s also a dozen beers and ciders, which are mostly Midwestern, and an extensive wine list, including a basic but decent house red and house white, each of which is $7 a glass.

Holding Tête back a bit, though, is the service. Our server described dishes well after they arrived at our table, and his suggestions, such as mixing up the bowl of rice before eating it, came later than they should have. Bussers and other servers hovered over the table, and tried to remove dishes we were clearly still eating more than once. Glasses of wine went forgotten for awhile. Service aside, though, Tête shines. I’ll be back once they start serving their own cured meats, and I can’t wait to go.

Written by Amy CavanaughFriday May 9 2014
FacebookTwitterPinterestEmailWhatsApp 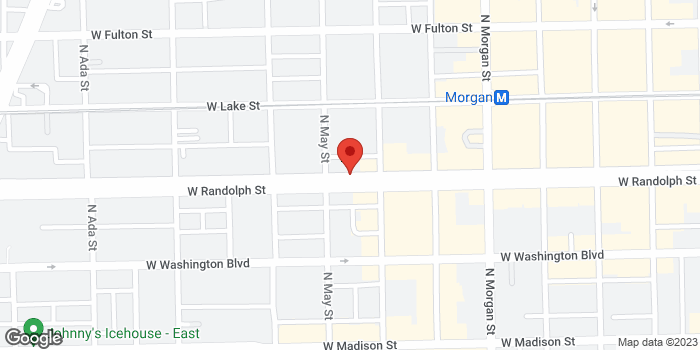