The problem is the burger. It’s nearly raw on the inside, chewy and tough on the outside and as salty as capers.

The problem is we are living in a time when every restaurant believes it has to have a burger.

The problem is I’m not even sure the Bedford wants to be a restaurant.

The Bedford is in the basement of a former bank, located down a flight of stairs from a barely marked door that you can find on the western end of what recently became the city’s most ornately outfitted CVS. Certainly the renovation of the Bedford’s basement space received significantly more care than the upstairs, where CVS brazenly installed cheap fluorescents in the bank’s former grand hall. But unless you’re zooming in on the Bedford’s details—copper safe-deposit boxes lining the walls, terrazzo flooring, antique wood doors on bathroom stalls—the effect is similar: The Bedford’s renovation looks less like a vision of revived 1920s grandeur (the building dates to 1926) than like a missed opportunity.

The first thing you see upon entering the upstairs foyer is a series of blown-up concert photos. Why? And whose idea was it to give the women’s room some misguided “panache” by hanging a bunch of mismatched chandeliers and shots of Liz Phair shows, eviscerating the subtlety of those repurposed stall doors with an explosion of hot pink?

The dining space itself feels cavernous, and it’s really three spaces, the most impressive of which is the former bank vault. If you want to check out the Bedford—and plenty of scenesters seem to want to—this is the spot where you want to hang out: It’s intimate where the rest of the place feels exposed, coherent in its separation from the other few thousand square feet of confusion. The lounge serves only drinks, which seems like a limitation but proves a benefit. Bartender Peter Gugni’s cocktail list is oddly (and somewhat disappointingly) short with only four drinks, but his Cucumber Cooler (I had it with Hendrick’s; everyone has it with Aperol and muddled cucumbers) is a perfectly refreshing, well-balanced summer drink, priced at the fair rate of $9. The draft beers are a nice mix of dive standards (Schlitz, Old Style) and local craft favorites (Two Brothers Domaine DuPage), and most of the by-the-glass wines are $7–$9. If this room were all the Bedford was—an unusual, speakeasy-like lounge—it’d be a clear success.

But the Bedford is not content to be just this. Outside that room, it’s also a neighborhood bar—TVs on silent, high-top tables filling with deviled eggs and those burgers. And visible through a divider is the more formal dining room, which, again defying the inherent beauty of the space, evokes little more than a hotel lobby. Though it’s slightly less atmospheric than the main bar area, the low-top tables are the more comfortable spot to make your way through Mark Steuer’s menu.

Steuer was the longtime chef de cuisine at HotChocolate and then the sous chef at the Gage. The food he’s putting out at the Bedford is impressively seasonal: If you leave here without a good dose of asparagus and peas, it’s your own fault. And the format, which offers half-portions of many of the dishes, is well-suited for the lounge environment.

But the menu is also across-the-board unimpressive, from a perfectly cooked but terribly boring fillet of halibut (accompanied by a paltry sprinkling of fava beans) to the very well-executed but also very expected scallops, smartly plated with pickled fennel but otherwise making me feel dumb for once again ordering scallops. The chicken is perhaps the most intriguing of the dishes, juicy braised thigh served in a broth of stone-ground mustard and wilted greens. It’s vaguely German and marginally peculiar, but alongside standards best suited for late-night snacks (greasy grilled cheese on thick dark bread would be my go-to), it was one of the few dishes that didn’t feel stiflingly safe.

And then, there are flops that seem inexplicable coming from Steuer: Aside from the poor burger, there are, for instance, the dense, heavy rocks of gnocchi served in an otherwise beautiful dish of spring vegetables tossed with pea pesto. And there are also the mealy mussels served in a faintly chili-scented cream broth.

When I learned that the dessert options were brought in from Black Dog Gelato and Hoosier Mama Pie Company, I was both delighted and disappointed. On the one hand, the restaurant was accepting that these two artisans could put out better gelato and pie than nearly anyone else in Chicago. On the other hand, as with the tiny cocktail list and unadventurous menu, it exhibited a now familiar reluctance on the Bedford’s part to take a risk. 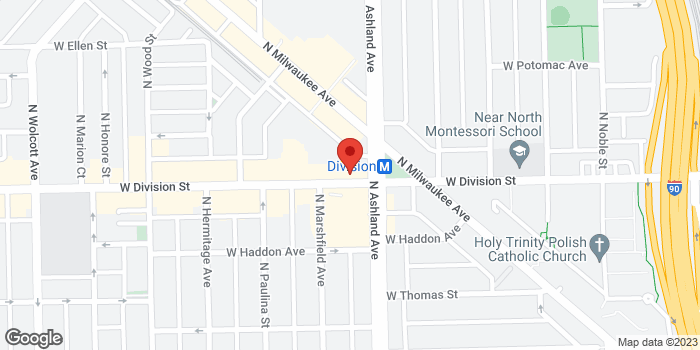