Sometimes it can be hard to tell exactly what a restaurant is striving to do. While I know what I’m getting into when I go to, say, a steakhouse or a sushi restaurant, there’s a category of American restaurants that can be harder to classify.

And then there are restaurants that can’t seem to classify themselves.

The Dawson, the new restaurant from owners Billy Lawless (Henri and the Gage) and Branko Palikuca, opened in October with an all-star line-up: chef Rene De Leon, formerly of Next and Alinea; Clint Rogers, late of Henri, the general manager and leader of the beverage program; and Annemarie Sagoi, formerly of the Charleston, helming the cocktail program.

And then De Leon left, less than a month after the restaurant opened. It never bodes well when the chef departs so swiftly, but sous chef Patrick Russ (who was most recently at Next) immediately took over as executive chef, then slowly started changing the menu, which once ranged from sausage pigs in a blanket and tofu spring rolls to Mughlai curry and wood-grilled whole fish. The changes have been subtle, as the pickled onion rings, pork tacos and curry remain. The burger got a little bit bigger and the toppings changed completely. The roast chicken was swapped for smoked chicken. There are a few more salads now. I’ve only eaten at the Dawson under Russ—I made my first visit, just for drinks, while De Leon was still there—and there were even more menu changes between my first and second dinners. But the changes have done nothing to give the menu a more consistent feel—there’s still high end and low end, global flavors, $6 tacos and $35 chicken fried New York strip steak. Add that to inconsistent execution, and I’m even less ready to recommend you go to the Dawson for dinner.

When you walk into the Dawson, behind the big wooden doors, there’s a huge atrium with a host stand, where you can ask to sit upstairs or downstairs. There are bars and tables on both floors, but the right answer is downstairs: While the first floor is warmly lit by glowing orbs on the ceiling and there’s a lot of activity behind the bar and flickering candles on the tables, upstairs it’s too dark and dim. The spaces feel so different that it seems like they should have separate concepts.

As for food, the dishes are gorgeously plated, but the kale salad, topped with slices of poached pears and brussels sprouts, was perfectly fine but boring. The dish of pea shoots was bland, while the ham hock collard greens had a strange aftertaste. The pickled onion rings are overly dense and greasy. The tacos are served in a cute taco holder, but the crisp shells are filled with a mushy mess of pork, which is nicely flavored but texturally revolting. I regret not paying better attention to the pair next to me at the bar who took two bites of theirs and abandoned them.

That’s not to say there aren’t some good things to eat: The curry is the kind of thing I’m talking about when I say we need better vegetarian entrees—it’s spicy and satisfying, with roasted carrots and potatoes and shards of pappadum—while the merguez sausage, served with farro, a swipe of caramelized yogurt and fried shallots, is flavorful and meaty.

But you’ll do best at the Dawson if you treat it as a bar. Sit at the bar and snack on the charcuterie plate, which is set with a lovely array of items, like country pate and a smooth rabbit liver mousse capped with Cuvée Des Jacobins Rouge gelée. If you’re really hungry, order the burger, which is enormous but topped with chile dijonaise and smoky bacon. And then go to town on the drink menu.

Sagoi and Rogers are running a knockout of a drink program. Sagoi is making gourmet Jell-O shots, like the gin, root beer syrup, prosecco and pecan strudel concoction I had recently. And they’re making a daily infusion of Old Forester and serving them as $5 shots.

I’m enamored with the Traveling Mercies, a dark but lightly sweet drink with rye, rum, sweet vermouth, maraschino and sherry-brown sugar syrup. And the Sleepless in Logan Square, a hot cocktail made with bourbon, Averna, Madeira, Bow Truss Coffee and Fernet marshmallow, which is creamy and sticky and delicious. The current Zodiac cobbler (the recipe changes with the zodiac sign), a drink made with liqueur, sugar and fruit, is too fruity for my taste, but I loved the Scorpio Zodiac cobbler, with Byrrh, manzanilla sherry, fruits and a dusting of powdered sugar, so I’m looking forward to future offerings. Manhattans are my go-to cocktails and the rendition here, made with a house barrel of Weller 107, is the best I’ve had lately. Also, these drinks are $10, which feels like a steal, given how cocktail prices are creeping higher and higher everywhere. There’s one last section of the menu you’d be remiss to overlook—Dalton Finney has assembled a house soda program, like a terrific root beer, a spicy-sweet blend of sassafras, star anise, vanilla, sarsaparilla and other ingredients.

You may not be able to put together a coherent-feeling dinner at the Dawson, but if you walk past the host stand and grab a seat at the bar, you’ll do just fine. 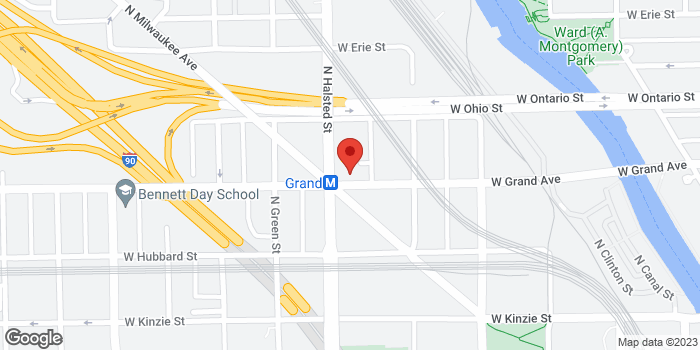