If you read Wicker Park newcomer the Delta’s tagline, “Tamales and Cocktails,” out of context, you might walk in anticipating yet another Latin-style tamale joint.

But the corn-husk–wrapped savories we tucked into on a recent, frigid weeknight were nothing like the sturdier, steamed handhelds stuffed with pork and cheese peddled all over Chicago. Filled with savory brisket and soaking in a chile-tinged tomato broth alongside a handful of saltines for spreading, the trio of soft cornmeal pouches isn’t just an ode to the Delta region’s most famous edible export. It’s a delightful drinking companion that doesn’t require heavy contemplation.

That self-possessed sense of “leaving your fucks at home,” as our server put it, permeates this charming newcomer from owner and Memphis native Eldridge Williams (Girl & the Goat) like a soft Southern breeze. Executive chef-partner Adam Wendt’s (Dusek's Board & Beer) country cooking is at times bold, though mostly stick-to-your-ribs craveable, while beverage director and partner Adam Kamin’s (Bottlefork) cocktail list leans sweet but not at the expense of depth and interest.

Because the restaurant doesn’t accept reservations, we arrived before 6pm—early enough to avoid waiting for one of just seven tables lining a single long booth beneath a brick wall outfitted in thrifted collectibles, mini cotton plants and black-and-white photos. A diminutive open kitchen splits the already skinny 16-seat dining room in half. Up front, the low chatter of twosomes swigging Old Styles at the curved bar was occasionally broken up by the pounding of a wooden mallet on bags of ice to create the bedrock for smash cocktails.

Being of funky, bracing cocktail ilk, my sister and I were surprisingly enamored with said smashes. The Other Woman—infused with vanilla, mint and lemon—started out dreamsicle sweet and finished with a hint of bitterness from the aperol. Salinic sherry and tart, jammy strawberry steadied the herbally saccharine top notes of absinthe and mint in the beguiling Lorraine.

On the other hand, the mister’s stirred BTW (an old-fashioned–style Old Fashioned), with bourbon, beer-and-tea syrup and angostura, somehow registered “boozier than straight booze,” he said—its astringency hard to overcome even after a few sips.

Fried bites abound here, such as craggy, roasted corn hushpuppies with mild jalapeño crema—which provided little more than satisfying crunch. We were far more intrigued by a little jar of velvety chicken liver pate imbued with Old Bay and flanked by rafts of charred toast. We smeared the bread liberally, tempering the spread’s richness with forkfuls of hair-raising, hot pickled peppers and radishes.

A couple months after opening, the Delta smartly cut its ambitious tamale menu from six to three, now comprising just the regular and vegan red hot and a rotating option. If you happen to be there when the deliciously sacreligious Jim Shoe tamale is on offer, please get it. In this homage to the beloved South Side sandwich, a pliant, savory beef and lamb tamale hides beneath peppery house pastrami, piquant giardiniera and a confetti of shredded lettuce and sweet peppers—all streaked with d.a.f. (Delta AF) sauce—a tangy cross between Thousand Island dressing and remoulade. It’s a wicked-good, hot effing mess.

From the heartier plates section, a play on etouffee betrayed the Creole and Cajun influences on the Delta region. Garlicky head-on grilled shrimp and cylindrical, eggy grits dumplings swam in a sturdy bell pepper-scented gravy fortified with clam juice and sherry.

But my favorite dish by far was one that I normally loathe ordering. Wendt tames finicky catfish by whole grilling it after spritzing it with lemon and olive oil, rendering the mild meat flaky and succulent with a hint of smoke. The lightly charred fish obscured a tangle of sweet, caramelized green onions in a pool of sauce soubise—a wonderfully retro concoction of thickened cream scented with onion, garlic and Parmesan rind.

Though thoroughly stuffed, we put up almost no fight to our server’s suggested dessert order: a bubbly huckleberry cobbler capped with buttery oat crumble and a melting quenelle of vanilla ice cream. Like every crumble I’ve eaten, I burnt the roof of my mouth on that first impatient bite.

We hadn’t yet left the premises when my sister announced definitively, “We should probably come back pretty soon.” Her voice was tinged with regret (which I suspect was because we’d decided against ordering the fried green tomatoes).

Without so much as a second thought, I knew we would be.

What to eat: The succulent, whole grilled catfish atop seasonally rotating accoutrements is a must, as are the signature three-per-order red hot tamales. Pate and succulent pork ribs round out the urbane drinking fare.

What to drink: Smashes are—ahem—v. smashable. If you’re a twosome, consider sharing a vase, the large-format, fruit-forward cocktails on ice served in precious, vintage flower vessel.

Where to sit: Belly up to the bar after work for a round of Old Styles and tamales. Limited dining room seating fills up fast, so arrive early. Come summer, grab a seat on the sunny, 28-seat back patio. 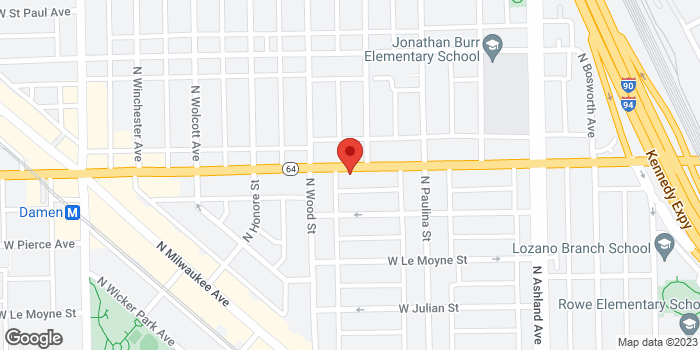