Kevin Hickey returns to his home of Bridgeport with an outstanding bar menu, but the dining room doesn't reach the same level.

After visiting the Duck Inn’s bar, I’m convinced chef Kevin Hickey is someone I want to go drinking with. After all, when I go drinking I want to eat, and Hickey clearly knows what people want with a drink in hand. The fried cheese curds are like little clouds placed atop aquavit-laced Bloody Mary ketchup. The hamburger sandwich, served on rye bread with grilled onions and a thick slab of Brun-uusto cheese, is a greasy but worthy update of a patty melt. And the duck fat dog, a duck and beef link with a snappy casing and a garden of toppings, is a magnificent specimen. Bartender Brandon Phillips also knows what people want to drink. Cocktails range from $7–$14 (most are $10), and they’re pretty good—the Don is a Manhattan riff with walnut liqueur, while other drinks are more global, like the lychee chuhai, a Japanese shochu and soda cocktail.

The Duck Inn marks Hickey’s return to Bridgeport, the neighborhood he grew up in, after years of working around the world and around Chicago. He’s also the chef at Bottlefork, also part of Billy Dec’s clubby Rockit Ranch Productions, but Duck Inn has little in common with your typical Dec restaurant. Instead, it’s the restaurant Hickey has wanted to open for years. It’s named after a place his great-grandmother owned in Bridgeport in the 1930s, and the bar menu offers modernized versions of some of the same dishes she sold—a hamburger sandwich, tamale and hot dog were just 5 cents each, and not, I’d assume, nearly as good as Hickey’s versions. The bar has a retro feel, with vintage photographs, old trophies and furniture that feel straight out of Mad Men. This is all to say that the Duck Inn bar is a convivial place you want to spend a lot of time eating, drinking and hanging out. That makes it disappointing to discover that the dining room offers a different experience.

While the bar is vibrant, the small back room is quiet and dark, with a view into the kitchen. The vibe isn’t a problem, but over two visits, the food wasn’t at the same level as the bar food, and the service gaffes piled up. First, the food. The dining room menu includes a $55 four-course menu (you can also order these dishes a la carte), plus a few starters, entrees and a roast duck for two. It would seem that the roast duck would be the restaurant’s signature item—there's also a duck fat–washed cognac cocktail—but on my first visit, our server returned to the table after we ordered to say the ducks were all gone. On our second visit, we called to see if there going to be ducks that night, and the restaurant set one aside for us.

But that strategy didn't work, either. “We didn’t know you were coming in, so we gave it away,” the server apologized, which was surprising, given that we called before our reserved time to say that we would be arriving a few minutes late. “But we can serve you duck breast instead.” The duck breast was tender, richly flavored and served with a pomegranate, frisee and grapefruit salad, with potatoes cooked in duck fat and tangerine sauce to drizzle over everything. It was the best entree we had—the braised brisket was a tad dry and served with a heavy strand of ricotta-stuffed pappardelle, while the crispy chicken, with pickled Brussels sprouts and chicken heart gravy, was good but unexciting. The starters included a creamy potted foie gras, capped with quince jam and served with tiny English muffins, and while there was a nice depth of flavor to the prawns and risotto with uni butter, the risotto was underdone. Desserts are mostly good, like a pleasant apple and parsnip brown betty with lightly sweet parsnip ice cream, and a gooey sticky toffee pudding, but the beignets were basically leaden chocolate pastry.

So while the food is mostly good, we were overcharged for the four-course tasting menu (we later learned it was the New Year’s Eve menu and price, something our server did not tell us); we received the wrong desserts; and our server swapped our beer order for a different one, which we only learned when another staffer told us the ordered beer would debut in two weeks at a special event.

Service kinks are easier to fix than an ill-conceived menu, which makes me optimistic the Duck Inn is on its way to being a great restaurant. If you go there, wave—I’ll probably be at the bar. 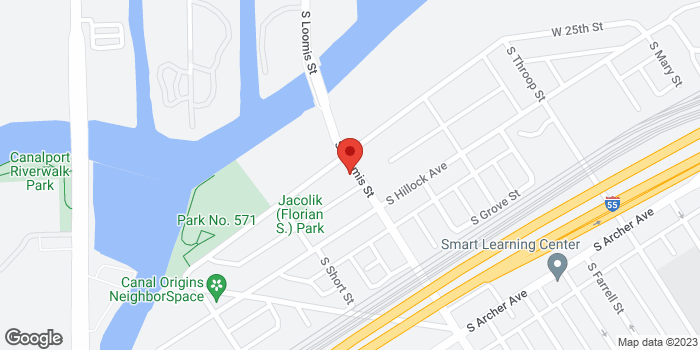