The casual sibling sports bar to Scofflaw raises the—ahem—bar for the category with easy-drinking cocktails and craft brews to please serious drinkers.

I’ve never actively sought out sports bars—mainly due to their reputation for mediocre food, watery macro-brews and overstimulating, dogmatically air-conditioned interiors. I most often choose them based on qualities a bar would never advertise, like “you can always find plenty of empty seats!” or “it smells like an outhouse but has a good beer list!”

That’s not to say I don’t appreciate the category-wide trend toward better-quality food and drink, but you probably won’t see me hurrying to a sports bar’s opening week. That is until I heard the team behind beloved, gin-focused Scofflaw had a neighborhoody sports bar in the works across the street.

This could be a game changer.

My hypothesis turned out to be half true. Drink-wise, the Moonlighter nailed it with a discerning yet unpretentious stable of cocktails and sour-heavy craft beers that complement the come-as-you-are vibe. Food-wise, cleverly topped double burgers verged on dry, and portions were undersized for the price, a few bright spots notwithstanding.

As we passed through the expansive beer garden bedecked in twinkle lights and yellow umbrellas on a snowy Friday evening in January, we could easily envision the Logan Square haunt overflowing come summer, with patio-starved Chicagoans downing rosé shots (more on those later) and pitchers of the mescal-, tropical fruit- and cucumber-tinged Out-N-Out, an herbaceous, juicy concoction that begs to quench sticky-hot nights.

The rectangular interior is anchored by a wood bar running nearly the width of the room and displaying some 20 rotating craft and local beers on draft. Sturdy, six-top pub tables dot the low-lit, industrial space, as do numerous wall-mounted flat-screen TVs, at one of which a pair of drinkers yelled helplessly as their struggling Chicago Blackhawks went down two goals early. A cozy, fireplace-equipped nook was occupied, but we arrived early enough to snag one of a few deep booths lining the walls. (Plan accordingly: The Moonlighter doesn’t take reservations.)

I prepared for a lengthy indecision period choosing from 10 cocktails and three pitchers (the latter of which can be made into cocktails for the same $10 price). But I was delighted to find each beverage accompanied by digestible descriptors to help me choose. The “refreshing, fruity, bitter” Bitter Ward—anchored by rye whiskey and amaro and sweetened with orange and grenadine—recalled a brighter, grownup Long Island iced tea. This tactic also cleverly saves the server time and breath for those of us less-versed in cocktail classification tables. Nonetheless, ours provided all the right verbal nudges. In the case of my “tannic, nutty, juicy” Boombox Foxtrot with oloroso sherry, bourbon and raspberry syrup: “You’ll want to squeeze that lemon in there to lift the flavors up.” And in the matter of straws: “We’ll bring you one if you ask, but we prefer you really get in there and experience the aromas.”

To eat, we began with buffalo wings and nachos. The wing basket delivered a half-dozen mix of wings and lollipopped legs cooked till succulent inside and crisp outside—a satisfying crunch that miraculously withstood a thorough drowning in lip-smacking, vinegary wing sauce. A dip in salty, tangy blue cheese dressing reminded why sauce-on-sauce is sometimes perfect.

The 12 Perfect Nachos was a nice idea—a dozen chips each topped with a just-right ratio of cheese to black beans to guac to pico to pickled peppers to sour cream. But the execution left us wanting, especially given that the lack of a customary mountain of nachos—however imperfectly topped—led us to calculate that each chip came to about 83 cents. As my future brother-in-law said, “Nachos should come in a pile.”

On that note, I’d go for the loaded fries instead next time—crispy waffle fries smothered in traditional baked potato trappings: cheese sauce, squiggles of sour cream and a showering of bacon bits and scallions.

The centerpiece of the food menu is a collection of six burgers, each named after a city save for one namesake patty. Melty crumbles of blue cheese oozed into the blackened crannies of the double-stacked Pittsburgh, whose salty richness was offset with zippy pickled onions and the faint tang of ranch. Unfortunately, the thin patties of the other three burgers we sampled that night were overgriddled to the point of dry. This was most easily forgiven in the tasty Coronado, which benefited from the moisture of pico, guac and a healthy slick of chipotle mayo.

It didn’t take much convincing from the server to nudge us into ending our night with a round of rosé shots. “It looks baller because there’s a tray full of shots coming to your table,” she said, “but you’d have to do a bunch to get drunk.” In other words, aimed squarely at us 30-somethings.

“Are you guys gonna drain the whole thing?” I asked cautiously, while the mister and future bro-in-law downed theirs in a flash. My sister took a tentative sip: “This is actually really good rosé,” she marveled of the dry, crisp flavor of the wine (which is on tap and available by the glass).

It was a theme I was happy to see across the beverage program at this newcomer, where I’ll surely return for a few drinks and hell, another round of rosé shots.

What to eat: Don’t miss the buffalo wings, a delicious alchemy of crispy, saucy and moist. The blackened, blue cheese-topped Pittsburgh burger nicely balances rich, salty and tart flavors, while the loaded fries are decadence incarnate.

What to drink: Cocktails lean bright and refreshing, like the beguiling porch pounder Out-N-Out, with mescal, lime, tropical fruit and pureed cucumber and cilantro. Approachable sour beers, like the tart, shandy-like Penrose Session Sour, go down easy on their own or make a quenching counterpart to the indulgent bar fare.

Where to sit: In chilly months, grab the coveted nook by the fireplace or belly up to the long bar to catch a game. When summer arrives, the expansive beer garden will surely be in high demand. 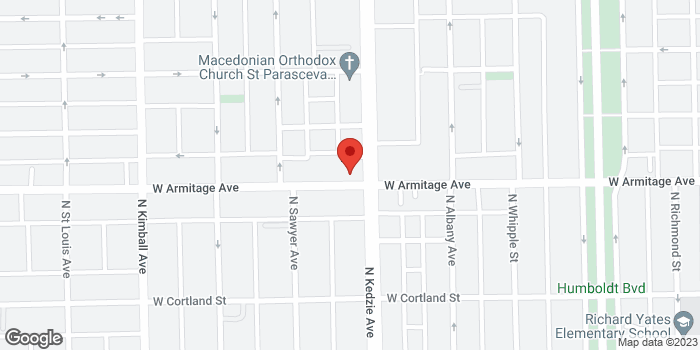