You’ll smell it the second you walk into the restaurant—that wood-burning scent is the hearth, the pride and joy of the Promontory, a new Hyde Park spot from the Longman & Eagle team. The restaurant bills itself as “hearth-to-table,” a phrase that means they’ll cook the food over a big fireplace located in the back of the dining room, and bring it to your table. There’s a lot of emphasis on the hearth at Promontory, with “hearth-roasted” this and “hearth-charred” that, which would feel less gimmicky if the food were great. But the Promontory is the first restaurant from this crew (they also run Dusek’s Board & Beer/Punch House/Thalia Hall, and Jared Wentworth is the chef for all three venues) that hasn’t left me excited and eager to return.

Before we get to the food, the Promontory does have a couple things going for it. The space is beautiful, with long boxes stuffed with greenery lining the window, lights dangling over the big wrap-around bar, high ceilings and huge windows. Like Thalia Hall, it’s part restaurant-part music venue, and they’ll be featuring jazz performances and a weekly soul party, among other events. And it’s part of a hot couple blocks in Hyde Park that’s already home to A10 and will soon include a second Chicago outpost of Yusho. Those are all reasons that people will go, but where it really counts—the food, the service, the overall experience—Promontory just can’t get it together.

For starters, I can only hope that you aren’t seated at either of the two tables closest to the restrooms. If you’re stuck there, as I was, you’ll have a direct line of sight into a service area, and your view throughout dinner will be chefs dumping dirty dishes and cookware into big tubs, bussers drying glasses, and servers counting cash. It’s not pretty.

It’s also loud. I could barely hear my dinner date across the table, and we had to ask our soft-spoken server to repeat herself. She was very sweet but also clueless—we asked about the two unnamed rums used in the Jamaican old fashioned, and she named two rums not from Jamaica. (We later asked the bartender, and learned that one of the rums is indeed from Jamaica.) She also couldn’t tell us what the hearth-charred vermouth was in the hearth Manhattan, shrugging and telling us, “I don’t make them.”

So we skipped those drinks. The cocktail list is divided up by spirit, and for each, you can get a cocktail that’s carbonated, shaken or stirred. It’s an easy format, but both drinks we tried—a carbonated daiquiri and a housemade root beer spiked with rye—were duds. The daiquiri tasted off, with a heavy dose of lime, while the root beer was weak and watery.

While the layout of the cocktail menu makes sense, the food menu is too complicated. It’s divided into the following sections: Cold, Fast, Embers, Historic, Snacks and Pastry. You’re supposed to treat dishes from the Cold and Snacks sections as starters, while Fast, Embers and Historic are entrees. From the Snacks section, we ordered the hearth-roasted feta, a plate of melty feta covered with marinated olives, balsamic and roasted peppers. It comes with warm bread to scoop it all up, and it’s a solid dish, though the portion was so small, I wished we’d ordered two.

From the Cold section, the cornbread panzanella is an underseasoned plate of lettuce, onions, feta, cubes of dry cornbread and other veggies. From the Fast section, the grilled lamb burger starts with a patty that soaks up wood flavor from the hearth and comes topped with tapenade, smoked feta, pickled onions and tomato relish. It’s all tucked into an olive challah bun and comes with chickpea fries, which rely on the chermoula-spiced ketchup for flavor. The burger is really good, with a nice mix of textures and flavors, and a much better choice than the ribs, which are from the Embers section. Four ribs—three were dry and anemic and required effort to pull the meat off the bone, while the fourth was strictly sauced cartilage—were served with two shrimp, a pile of underdone collard greens and a scallion crepe.

And then we got to dessert. Before heading to Hyde Park, we called the restaurant to ask what time they stopped seating, and they told us they were seating tables until 11pm. We arrived well before then, but the meal progressed slowly, and at 11, our server told us that the kitchen was closing and we had to order dessert right that minute. She also said that it might come out while we were still eating our entrees. The Neapolitan ice cream sandwich started melting on the table next to us while we were only half done with our entrees, and while there were still dozens of people in the restaurant.

Longman & Eagle and Dusek’s are excellent restaurants. The Promontory needs to step it up. 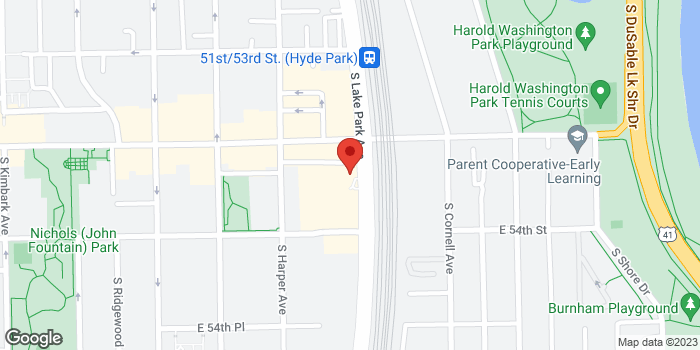