When the Radler was being renovated, the team uncovered a huge old mural advertising Bohemian beer emblazoned on the wall. And then that striking, cool, relevant bit of history was covered up with three giant wooden clocks.

That seems like an apt metaphor for the Radler, where, conceptually, there’s just too much happening on each plate and it obscures the fact that the food is all well cooked.

The new beer hall, located in Logan Square, is run by Nathan Sears and Adam Hebert, a pair of Vie vets trying to update classic German cuisine. The typical trappings of a beer hall are here—long communal tables, beer steins, sausages—but everything has a twist. The space includes those aforementioned clocks, stone walls, a bizarre sign proclaiming “Welcome to the Jungle” at the host stand and huge, colorful paintings of animals. They had been painted on the boarded-over Radler while it was being constructed, then brought inside and hung on the wall. Traditional beer hall, this is not.

And while contemporary updates to classic dishes are great, here it’s at the expense of cohesive, enjoyable food. There are four sausages (cue eye roll: They’re listed under a heading called “the wurst,” while the other main courses are listed under “the best”), including a grilled thuringer and smoked knockwurst. The sausages themselves are juicy and perfectly cooked, but they’re served with an unnecessary array of accompaniments that involve too many textures and flavors. The thuringer is placed atop a fried potato puree, with mustard and a vegetable–hard-boiled egg slaw. The knockwurst came with plum and celery jam, a swish of fennel and dill aioli, mustard, broccoli and celery. Also, some nuts. The same with the veal schnitzel, which is crisp on the exterior and well cooked, but piled with nuts and mandarin orange segments.

Underseasoning is also an issue. The flavorless German potato salad features cold chunks of potatoes, bacon and hard-boiled egg, while the cold-cut plate includes meats, like a country pate, that are texturally right, but lack salt. And then there are the “haus mustards,” which come in mild, spicy and apple. They’re so solidly packed with mustard seeds we practically had to slice them, and they all taste exactly the same. So skip the extra mustard plate when you order the pretzel, which comes with barley malt butter and blackberry jam. While I’d prefer to eat this delicious combination for breakfast instead of with beer, it’s sweet and tangy and proof of what the Radler can do when it focuses on simplicity.

On my second visit, I sat at the bar to find out whether the Radler is better for drinks and a snack or two instead of dinner. Lombard’s Flesk Brewing is making the house Helles and Hefeweizen, which are light and pleasant. The former is used in the Radler and mixed with lemon soda for a spritely cocktail, though it’ll be better suited to warm weather than an icy night. There are also plenty of heavier beers, and brews are both local and international.

But the surprise is the cocktails, which are made with German liqueurs you may not be familiar with. I’ve never had Killepitsch before, but the herbal fruity liqueur is terrific when cut with lemon juice in the Couple Two Tree. Kummel, a caraway liqueur, appears in the Rye? Because We Love You along with Old Overholt Rye and grapefruit bitters. It’s exceedingly strong, but the combination works. There’s also a schnapps list, so you can try the liqueurs straight.

But no amount of booze made me enjoy hanging out at the Radler. Service is disinterested—plates were dropped off and servers were gone before they could answer our questions, a dish we ordered never arrived and entrees were delivered while the table was still completely covered with appetizer plates—and the food just isn't good enough to merit a long visit.

Soon, the Radler is opening D.A.S., a small, higher-end restaurant that will share the Radler's kitchen and offer a menu that includes beer pairings. I’ll be back to see what that’s all about, but I hope it’s a little more cohesive than the Radler. 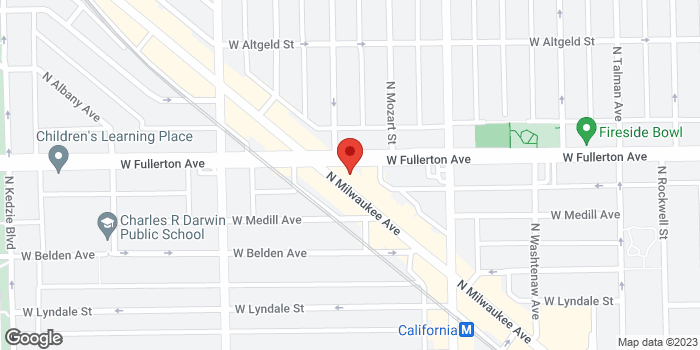